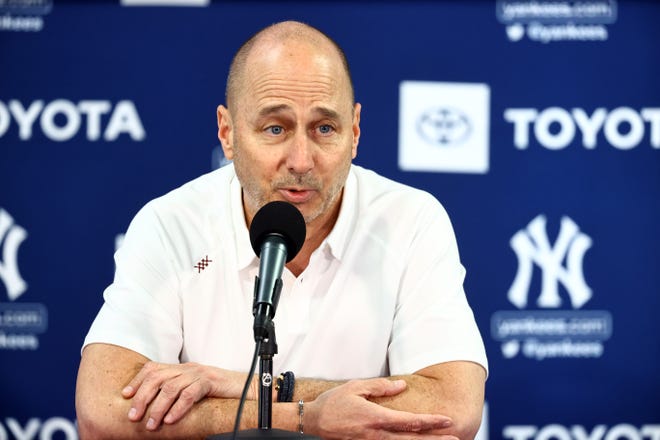 
Yankees general manager Brian Cashman has responded to the comments made by Astro’s owner Jim Crane on the sign-stealing scandal. And Cashman is not buying it.

“I don’t think anybody’s going to dance to the tune he’s singing,” Cashman said Thursday at Guaranteed Rate Field before the Yankees played the White Sox. “I’d say it’s called deflection, him trying to equate probably … an equivalent of a parking ticket to maybe 162 felonies.”

Cashman was responding to comments Crane made to USA TODAY Sports’ Bob Nightengale, this week. Cashman had previously cited the Astros’ 2017 sign-stealing scandal as a factor in the Yankee’s championship drought.

“The only thing that stopped (the 2017 Yankees) was something that was so illegal and horrific,” Cashman told The Athletic before the start of the season. “So I get offended when I start hearing we haven’t been to the World Series since ’09.’

“The only thing that derailed us was a cheating circumstance that threw us off.”

But Crane cited a letter sent to the Yankees in 2017 by MLB commissioner Rob Manfred — that became public last month — that revealed the Yankees were using the replay review room and dugout phone to decode signs in 2015-2016, and were fined $100,000.

“I found his comments to be extremely strange,” Crane told USA TODAY Sports. “There’s the letter, and you were doing it, too. You were there dude. What are you talking about?

“If I was one of the teams, and I knew our team was doing it (cheating), I’d keep my mouth shut and just go about our business. But listen, I can only control what’s going on here. I can’t control what the other guys do.”

Cashman continued with his thoughts on Crane’s comments.

“No one’s buying the tune he’s singing, no one’s going to dance to that tune,” said Cashman. “And the reason I kind of equated it to a parking ticket versus a felony is, as you recall, they lost multiple years of first-round draft picks, they were fined millions of dollars and decided to fire their manager and general manager because of their actions. There’s no equivalent to any of it. So that’s why I said it’s a deflection. No one’s buying it. No one’s singing to that dance tune. It is what it is. But I applaud him for trying.”