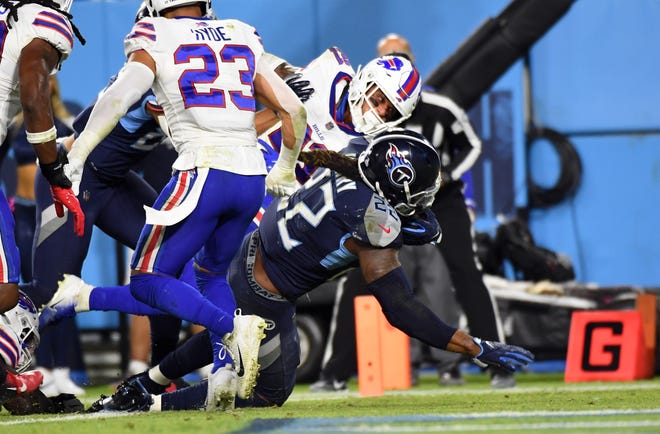 
Yes, the NFL draft was (literally) a little more than one week ago, but fret not, football fans, more games in the 2022 schedule have been revealed.

The NFL announced Monday that two games will air as part of a Week 2 doubleheader on “Monday Night Football”: the Tennessee Titans at the Buffalo Bills in the first leg, and the Minnesota Vikings at the Philadelphia Eagles in the second.

What’s interesting about the doubleheader is that it bucks convention. The NFL and its broadcast partners typically don’t compete against each other in primetime slots during Monday, Thursday and Sunday night games. Yet, the games in this Week 2 doubleheader will have some overlap, with the Titans-Bills showdown kicking off at 7:15 p.m. ET on ESPN and the Vikings-Eagles billing starting at 8:30 p.m. ET on ABC.

NFL NEWSLETTER:Sign up now for exclusive content sent to your inbox

Both ESPN and ABC are part of the Disney network. ESPN just revamped its Monday Night Football broadcast booth over the spring, announcing the hires of play-by-play announcer Joe Buck and analyst Troy Aikman to lead the telecast.

The Bills (11-6) are the reigning AFC East champions and one of the teams expected to compete for a conference title, while the Titans (12-5) — winners of the AFC South last season — are also a squad coming into the year with high expectations.

Both the Eagles (9-8) and Vikings (8-9) finished second in their respective divisions, the NFC East and NFC North, respectively. Philadelphia was the No. 7 seed in the NFC last year, the final team to enter the playoffs, but was bounced in the wild card round in a 31-15 loss to the Tampa Bay Buccaneers.

The NFL will slowly announce the full 2022 schedule this week, with the full reveal taking place May 12. The NFL announced 2022 international series games May 4.

Jordan Spieth on completing the career Grand Slam at the PGA Championship: 'What do you think it would mean? It would be pretty cool,...