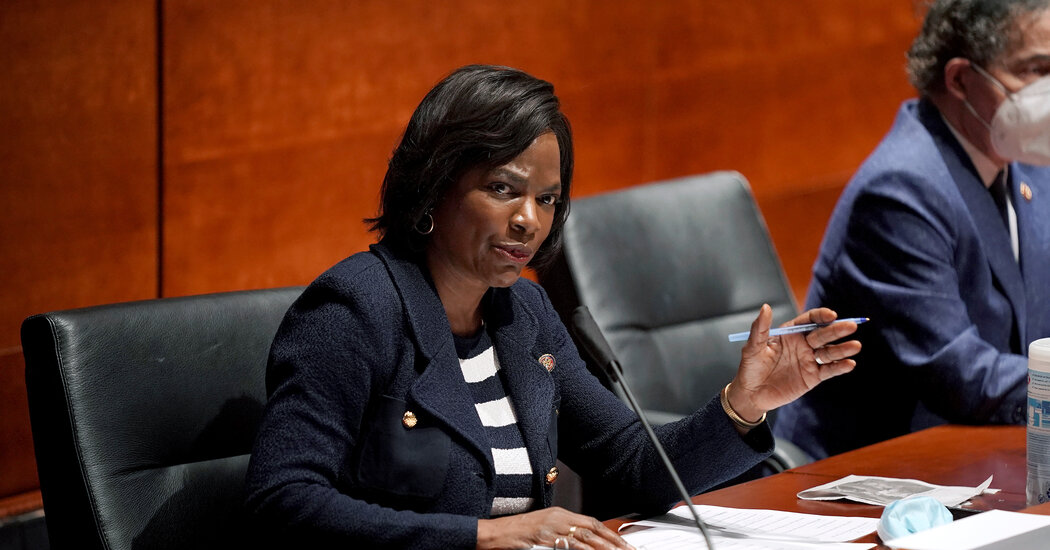 Representative Val Demings, a Florida Democrat who was floated as a potential vice-presidential pick in 2020, will challenge Senator Marco Rubio, a Republican, in a 2022 race likely to be fought over the legacy of a third Sunshine Stater — former President Donald J. Trump.

The announcement on Wednesday by Ms. Demings, the former police chief of Orlando and one of the managers of Mr. Trump’s first impeachment, was expected for weeks.

But it came as welcome news to embattled Democrats in the state, giving them a high-profile and well-funded opponent against a tough and wily incumbent who once scorned, and now supports, Mr. Trump.

Ms. Demings, who is Black, made it clear she would not abide by the middle-of-the-road messaging favored by recent Democratic candidates like former Senator Bill Nelson. In her kickoff announcement, she made a direct appeal to her party’s diverse, urban base, speaking bluntly about her race, gender and experiences growing up in segregated Jacksonville in the 1960s.

“When you grow up in the South poor, Black and female, you have to have faith in progress and opportunity,” she said in a video posted on her Twitter page early Wednesday, showing her walking past a church in her hometown. “My father was a janitor, and my mother was a maid. She said, ‘Never tire of doing good, never tire.’”

Mr. Rubio, speaking on Fox News over the weekend, dismissed Ms. Demings as a left-wing activist who was trying to soft-peddle her “socialist” views.

“How can you vote with Nancy Pelosi a hundred percent of the time and argue that you’re not a far-left, liberal extremist?” he asked.

Two other Democrats from the Orlando area, Representative Stephanie Murphy and former Representative Alan Grayson, are also considering jumping into the race.

Gov. Ron DeSantis, a Republican who has emerged as a leader of the Trump wing of the party and is said to be considering a 2024 presidential run, also faces re-election next year.

The presence of Mr. DeSantis and Mr. Rubio on the same ballot is almost certain to boost turnout on both sides and elicit massive small-donor contributions in a state with several big, expensive media markets.

Ms. Demings seemed to be leaning toward the governor race earlier this year: When Representative Charlie Crist declared his Democratic candidacy against Mr. DeSantis this spring, her team released a polished biographical video on the same day.

Nikki Fried, a Democrat who serves as Florida agriculture commissioner, is also running for governor. She is one of the few statewide officials who is a Democrat; Florida’s other senator, Rick Scott, is a Republican.

In 2016, Mr. Rubio easily defeated his Democratic challenger, Patrick Murphy, then a congressman. But that same year Mr. Trump demolished him in the Republican presidential debates, mocking him as “Little Marco” and hammering him for supporting a bipartisan immigration bill that would have offered undocumented immigrants a path to citizenship.

Over the past four years Mr. Rubio has kept a low profile, careful to support Mr. Trump politically, while politely parting with him over several foreign policy issues, including Mr. Trump’s ill-fated overtures to North Korea and Russia.

The former president reciprocated in April, offering his onetime critic a “Complete and Total Endorsement” to quell rumors of a primary challenge against Mr. Rubio from the right.

The State of Schools as the Pandemic Wanes

Biden, en route to Europe, said he will unveil a global vaccination plan.