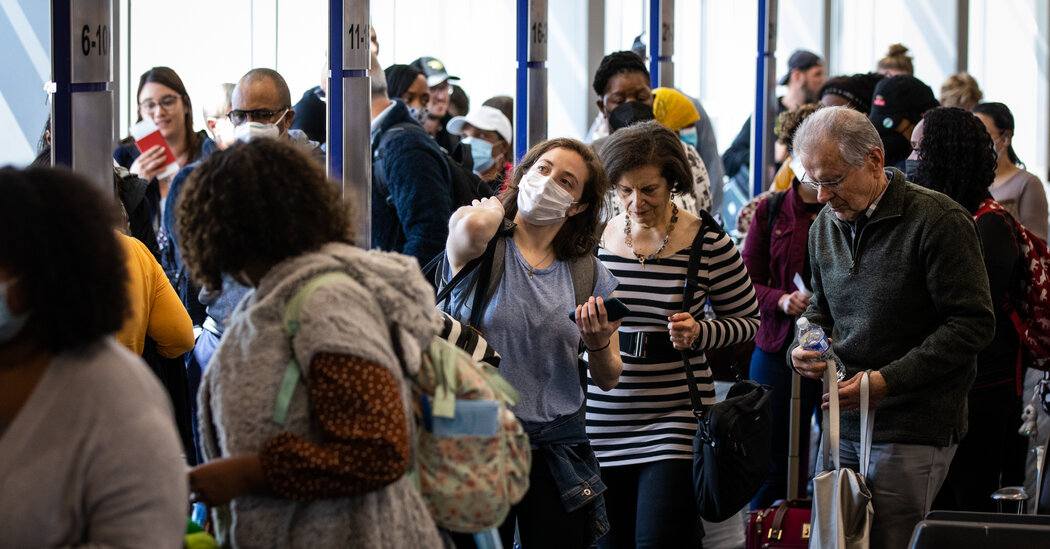 
A week after a federal judge in Florida struck down a government mask mandate on public transportation, the number of unruly air passenger incidents reached its lowest level since 2020, according to data the Federal Aviation Administration released on Wednesday.

The decrease in incidents comes after the former F. A.A. administrator Steve Dickson implemented a zero-tolerance policy against unruly passenger behavior in January, resulting in hefty fines instead of the warning letters or counseling that were used in previous policies.

Last month, the F.A.A. recommended record fines of $81,950 and $77,272 against two passengers involved in separate incidents on flights operated by American Airlines and Delta Air Lines. One woman was accused of spitting at, head-butting and biting a crew member, while another attempted to hug and kiss the passenger seated next to her before walking to the cabin door and trying to exit the plane during the flight.

Since January 2021, 7,200 unruly passenger incidents have been reported to the F. A.A., and 70 percent involved the enforcement of masking rules.

“Behaving dangerously on a plane will cost you; that’s a promise,” said Billy Nolen, the acting administrator of the F.A.A., in a statement last month. “Unsafe behavior simply does not fly and keeping our Zero Tolerance policy will help us continue making progress to prevent and punish this behavior.”

70 N.Y. Judges Went on a Montauk Retreat. 20 Came Down With the Virus.