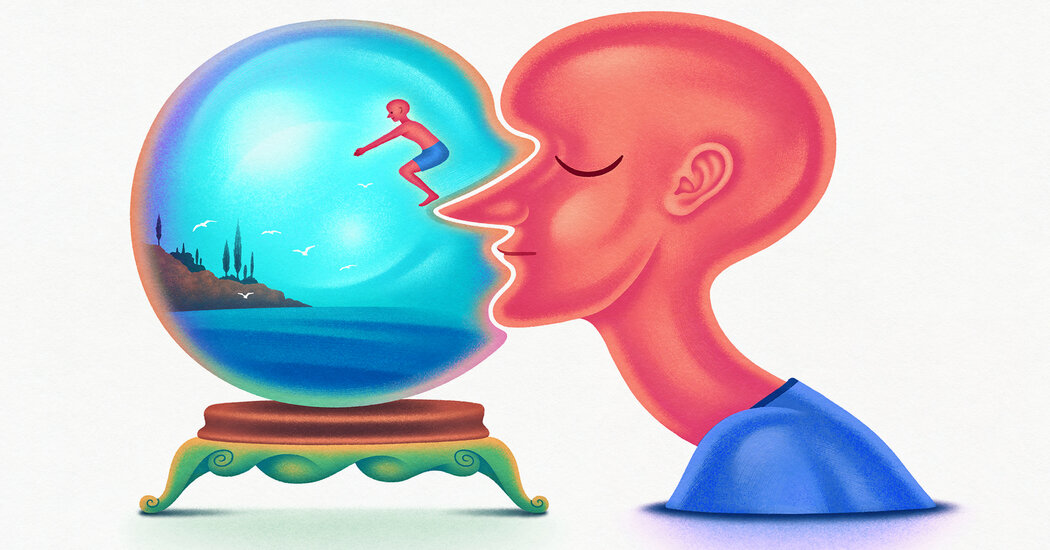 “Let’s say you’ve got a work presentation you’re nervous about,” she said. “If you’ve also got a new outfit you can’t wait to wear, you’re going to look forward to it more.”

Several studies have also suggested that we get more happiness from anticipating experiential purchases than material goods. Ramping up anticipation is an important trick of the trade for Lydia Fenet, a charity auctioneer who has raised over half a billion dollars in her career.

If it’s dinner with a celebrity, for example, she’ll paint a picture of all the ways that dinner could turn out. Maybe you and the celebrity become buddies. Maybe they become godparent to your kid. Maybe you spend the next few decades doing fancy celebrity things together, like taking selfies in flattering lighting on private jets.

“And right as I’m about to hammer down the gavel and sell the lot, I’ll turn to the audience and say, ‘So they’ll be dining with their new best friend, George Clooney, at Gramercy Tavern, and you’ll be sitting at home eating pizza,’” Ms. Fenet said.

Dinner with Mr. Clooney aside, you can still maximize anticipation before an experience, like a date. Choose an activity that’s meaningful to you or a place you want to show the other person, said Erika Kaplan, vice president of membership for the matchmaking service Three Day Rule. “Then you’re looking forward to two things,” she explained. “The date itself but also introducing the other person to your world and seeing how they react.”

Remember that anxiety and anticipation can coexist.

The flip side of positive anticipation is anticipatory anxiety — and the fascinating thing, Dr. Waugh said, is that they often happen together. “Anxiety and excitement are sister emotions,” he said. “Think about when you’re getting married or you’re having your first kid. It’s a jumble of both.”

But it’s only detrimental “when you only focus on the anxiety part and neglect the excitement part,” he added. The key is acknowledging the happy, positive aspect of what you’re doing along with the nervous feelings. Research suggests that “when you reappraise anxious things as exciting, it actually makes you feel better about them,” Dr. Waugh said.

Reprogrammed Cells Attack and Tame Deadly Cancer in One Woman