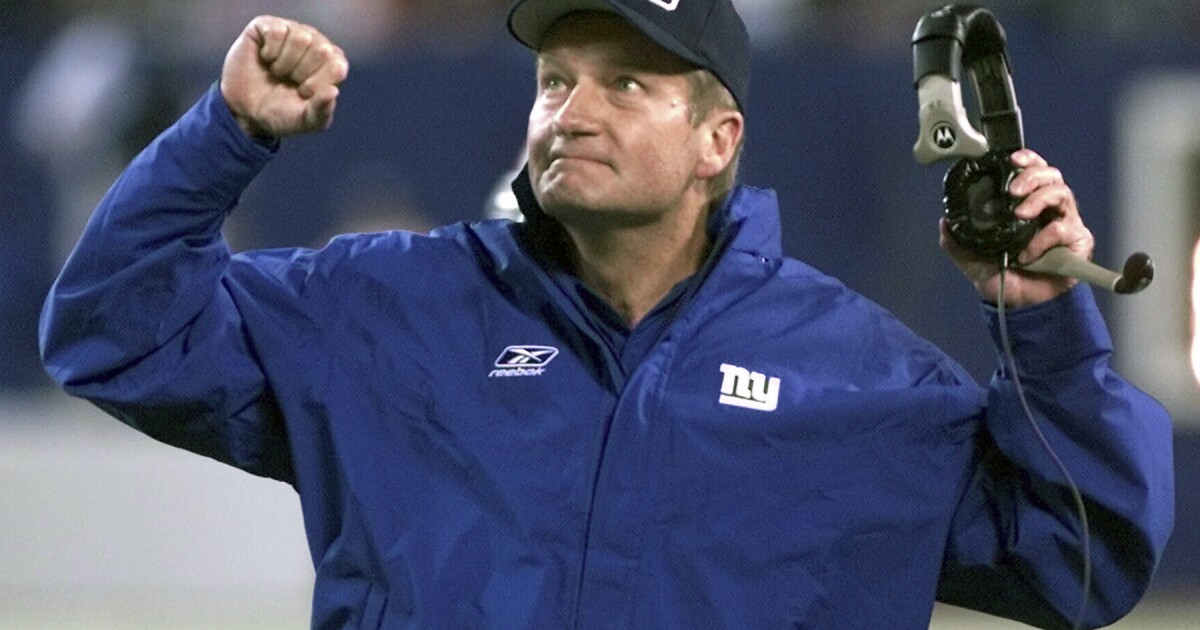 Three decades after quarterback Joe Namath vowed his underdog Jets would beat the Baltimore Colts in Super Bowl III, coach Fassel promised the football world that his Giants — fresh off a home loss to the mediocre Detroit Lions — would improbably climb to their feet and make the playoffs.

The video of Fassel’s guarantee went viral again Tuesday in the wake of his death from a heart attack. He died at 71, at a hospital near his Las Vegas home, on Monday after he had been admitted with chest pains.

His promise came during a news conference when his Giants team was 7-4 and struggling to regain its balance after consecutive losses.

That might have sounded at the time like the wishful thinking of a coach on the hot seat, except that the Giants went on to run the table. They closed the season with victories over Arizona, Washington, Pittsburgh, Dallas and Jacksonville to clinch the NFC East, then beat Philadelphia (for the third time that season) in the playoffs and annihilated favored Minnesota in the NFC title game, 41-0.

The Big Blue juggernaut ended in the Super Bowl against Baltimore, which boasted one of the best defenses in NFL history and won, 34-7.

But Fassel, the NFL’s coach of the year in 1997, permanently endeared himself to Giants fans with his bold — and accurate — proclamation.

The following season, Fassel devoted his time not just to coaching the Giants but also to establishing a foundation for families impacted by the 9/11 terror attacks, raising $1 million on their behalf.

“Jim distinguished himself by the way he managed our team and devoted his efforts to the fire fighters and other families following the tragedy of 9/11,” Giants president John Mara said in a statement. “The players respected Jim and enjoyed playing for him and his coaching staff. And we appreciated his seven years of leading our team.”

Fassel, a star quarterback at Anaheim High who went on to play at Fullerton College, USC and Long Beach State, rounded into an outstanding offensive mind with a prodigious career in both college and pro coaching.

He was beloved by his players and peers, something plainly obvious in the aftermath of his unexpected death.

On a Twitter thread Tuesday, retired Giants running back Tiki Barber wrote: “Jim Fassel drafted me & was my champion inside the Giants when everyone else was ready to give up on me. He challenged me to excel at the small things, then allowed me to run with the big ones. He’d put his arm around me when I made mistakes, and trusted me not to make them again.

“Most people will remember his ‘guarantee’ from 2000, which was genius 🙂 because if he was wrong, he’d have been fired and it’d have been forgotten; when he was right, it became legendary. We didn’t win a Super Bowl that year, the Ravens were just better, but he was a champion of friendship to me, and I’ll never forget how he made me feel. So, I’ll remember those unseen things. How he encouraged me when I was down, kicked my ass when I needed it, and beamed with pride when I fulfilled the ideal he had for me.”

Fassel’s son, John, is the former special teams coach of the Rams — a role he now holds with the Dallas Cowboys — and briefly was interim coach in Los Angeles in the wake of Jeff Fisher’s firing. He provided a statement to the Los Angeles Times on the death of his father:

“It is with a very heavy heart to announce that we lost our Dad yesterday. Thank you for all your thoughts and prayers during this difficult time. While our Dad will be remembered as a longtime fan and face of the football world, his legacy will live forever in our hearts as the greatest Dad and Grandpa of all time. He leaves behind his wife Kitty, their 5 kids and spouses, as well as 16 happy and healthy grandkids. We love you Dad.”