RPNEWSPAPER
Home Health South Africa was hit by a wave of coronavirus infections, despite most... 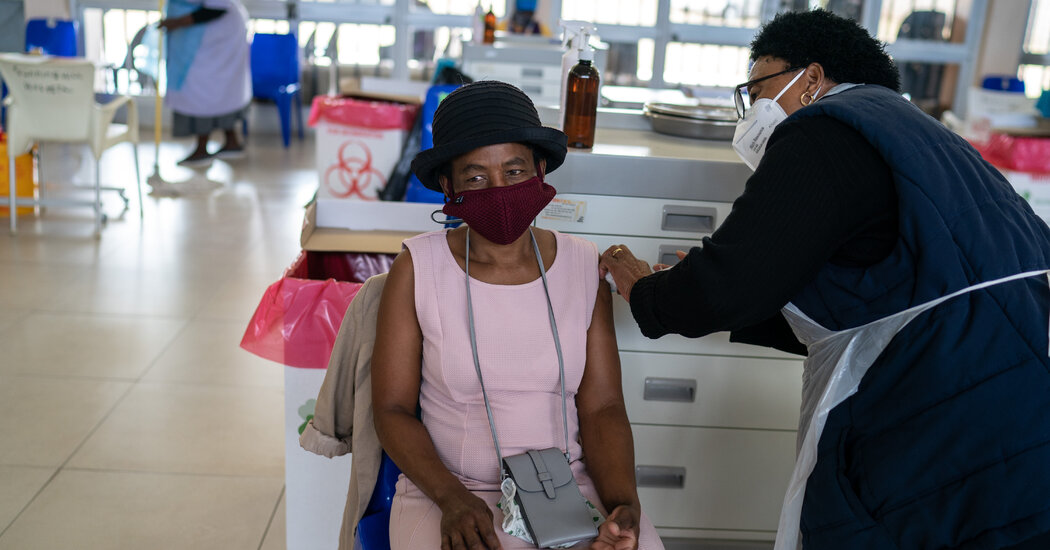 Coronavirus infections surged in South Africa in recent months despite research suggesting that about 98 percent of the population had some antibodies from vaccination, previous infection, or both.

The study, released Thursday but not yet peer reviewed, analyzed the prevalence of two types of antibodies in 3,395 blood donors collected mid-March across the country in order to estimate prevalence at the national level. It found that by that time, about 87 percent of the population had likely been infected with the coronavirus. About 11 percent had antibodies that, according to the study’s authors, suggest that a person had been vaccinated but not recently infected.

But though the vast majority of the South African population had antibodies against the virus, many still became infected in the latest virus wave, which began in April and was driven by BA.4 and BA.5, new subvariants of Omicron.

The researchers say the study provides yet more evidence of the capacity of the virus to evolve and dodge immunity.

“All of these antibodies that we found did not provide a lot of protection against being infected by the BA.4 and BA.5 subvariants of Omicron,” said Alex Welte, a professor of epidemiology at Stellenbosch University and the lead analyst of the study.

Whatever is slightly different about those variants, was enough to sidestep some of the body’s defenses, he added. “At this point we are not able to contain the spread; that’s the sobering takeaway.”

BA.4 and BA.5 are thought to spread more quickly than BA.2, which itself was more contagious than the original Omicron variant.

Jeffrey Shaman, an infectious disease modeler and epidemiologist at Columbia University in New York, said it was possible that the number of those who had been infected with the virus in South Africa could be even higher than 87 percent, accounting for varying immune responses among different individuals.

But he and other scientists who were not involved in the study said that its findings aligned with a growing body of evidence that the coronavirus has become more adept at reinfecting people, and that outbreaks around the world are likely continue to reoccur for the foreseeable future.

“We have to admit the possibility that the number of waves that we’ve seen over the past few years, it may continue at that cadence,” Dr. Shaman said.

Dr. Richard Lessells, an infectious diseases specialist at the KwaZulu-Natal Research and Innovation Sequencing Platform in South Africa who was not involved in the research, said that the findings were consistent with other epidemiological data that the vast majority of South Africans had likely already been exposed to the virus at the time of the study.

Populations in other countries such as Britain, he added, also had extremely high levels of antibodies against the virus. But, he said, more variants would likely continue to emerge around the world, causing outbreaks of infections even among those with antibodies.

“The virus will continue to evolve so that it can continue to spread in the population,” Dr. Lessells said. “It doesn’t end,” he added. “This virus is with us for the rest of time.”

Reprogrammed Cells Attack and Tame Deadly Cancer in One Woman