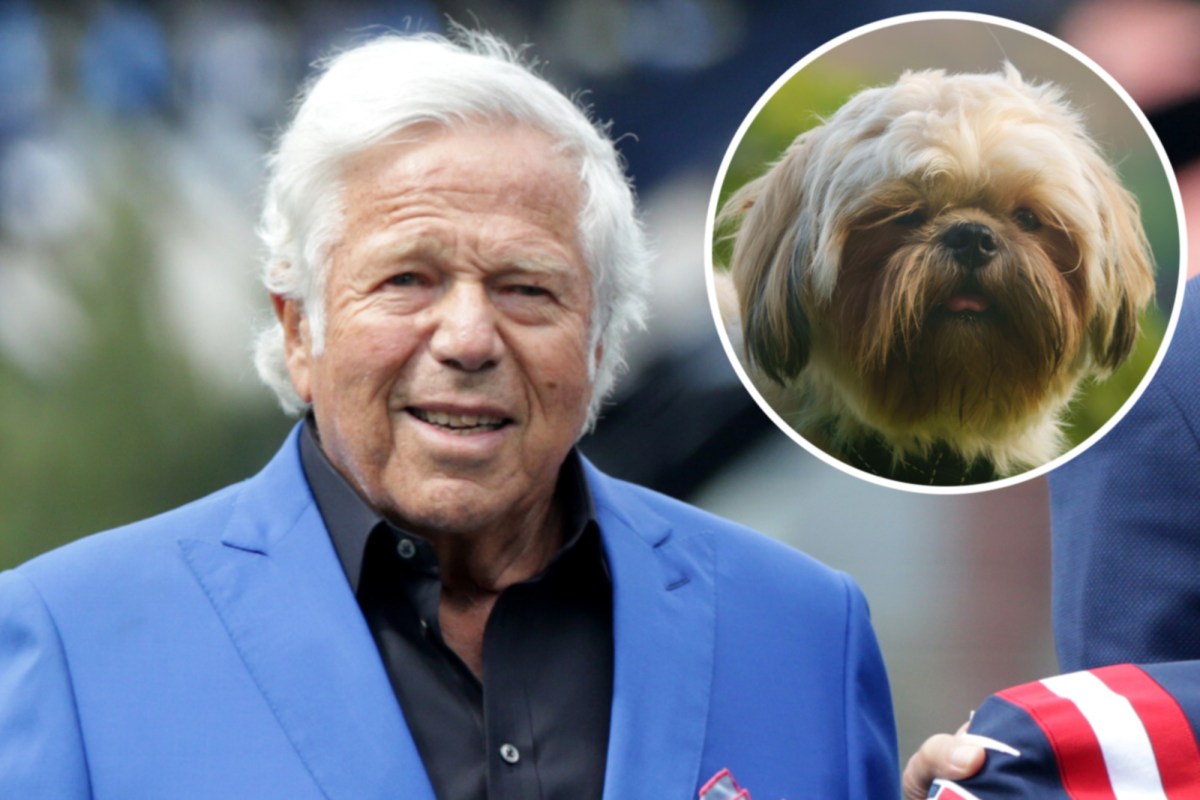 Patriots owner Robert Kraft woke up on his 80th birthday over the weekend at his new $43 million Hamptons home — and was delivered an adorable puppy from Hollywood mogul Ari Emanuel and his fiancée.

Kraft later left the house to find a brand-new Bentley in his driveway from pals including Meek Mill, Jay-Z and 76ers partner Michael Rubin.

Sources exclusively told Page Six that Kraft and his girlfriend, Dana Blumberg, “celebrated his birthday at their new home in the Hamptons with family and close friends” over the weekend. We hear that they kept the party small to keep things safe.

A source further told us that, “Ari Emanuel and [his fiancée] Sarah Staudinger had a puppy sent to him, while he also got the car from Meek, Jay-Z and Michael.”

The dog, we hear, is a “Shih-Poo,” which is Shih Tzu and toy Poodle mix. The dogs are described online as “small, hypoallergenic and cuddly companions.”

Meek posted a video of Rubin leading Kraft out his front door to find a blue “drop-top” Bentley waiting. “We knew you wouldn’t get it yourself … you went all in for this house,” Rubin joked to Kraft.

“How the fudge did you get it?” Kraft exclaims in the video. “We couldn’t get it!”

Rubin tells him, “We have resources,” and adds that the rare ride had a long way to arrive on a flatbed.

The wheels were also a gift from four other pals and Kraft family members — in a group with the rappers and Fanatics boss Rubin. Meek, Jay-Z and Rubin are also part of Reform Alliance with Kraft, which lobbies to change probation and parole laws.

Page Six exclusively reported that Emanuel and fashion designer Staudinger got engaged soon after his firm Endeavor’s IPO in April.