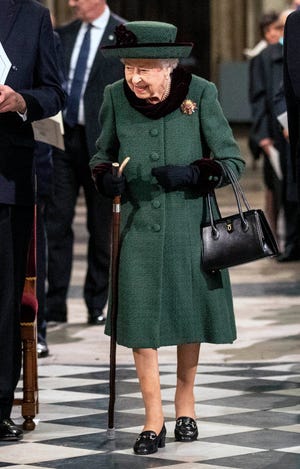 
LONDON — Buckingham Palace says Queen Elizabeth II will not attend the opening of Parliament on Tuesday amid ongoing mobility issues.

The palace said in a statement Monday that the decision was made in consultation with her doctors and that the 96-year-old monarch had “reluctantly” decided not to attend.

Prince Charles will read her speech, which sets out the government’s agenda for the coming parliamentary session. Prince William will also attend.

Last week, Buckingham Palace announced the queen would miss the traditional royal garden party season, where she would normally meet with hundreds of people on the grounds of her residences in London and Edinburgh. She will be represented instead by other members of her family, a statement from the palace said.

In February, the queen tested positive for COVID-19 a few weeks after Prince Charles and Duchess Camilla tested positive. The palace said the queen experienced mild, cold-like symptoms. She recovered, and has attended a handful of public events in the past few months – including a service honoring the life of her late husband, Prince Philip – while continuing to hold virtual audiences regularly.

She also spent a night in the hospital in October and only conducted light duties for several months afterward on her doctors’ orders. The palace didn’t offer any specifics on what tests were conducted during the hospital stay, but it came days after doctors recommended rest and she was seen using a cane.

She has generally enjoyed good health throughout her long life. Prior to October, she was last hospitalized in 2013, when she was 86, after experiencing symptoms of gastroenteritis.

The queen marked her Platinum Jubilee — 70 years on the throne — in February. Large-scale festivities to celebrate that milestone, including concerts and pageants, will take place later this month and in June.

She celebrated her 96th birthday privately last month at her Sandringham estate in eastern England. Meanwhile, the palace released a new portrait of the long-running monarch, standing between and holding the reigns of two of her fell ponies.