Portia de Rossi is dishing on what it was like coming out to her 99-year-old grandmother during an appearance on “The Ellen DeGeneres Show” Tuesday.

Host Ellen DeGeneres, who began dating De Rossi during the second season of her eponymous talk show, asked her wife to share the “beautiful story” of De Rossi sharing the news of their relationship with her grandmother.

De Rossi said the odds of a smooth coming-out didn’t seem to be in her favor at first.

“She was a huge fan of ‘Ellen,’ wouldn’t miss an episode, until the episode where she came out,” De Rossi recalled of her grandmother. “Now, I know I’m gay at this point, and I love my gran. And the minute that Ellen came out, she refused to watch the show.”

De Rossi added: “In fact, if a commercial for the show came on, she would change the channel and say, ‘That disgusting woman,’ so that didn’t bode well for me.” 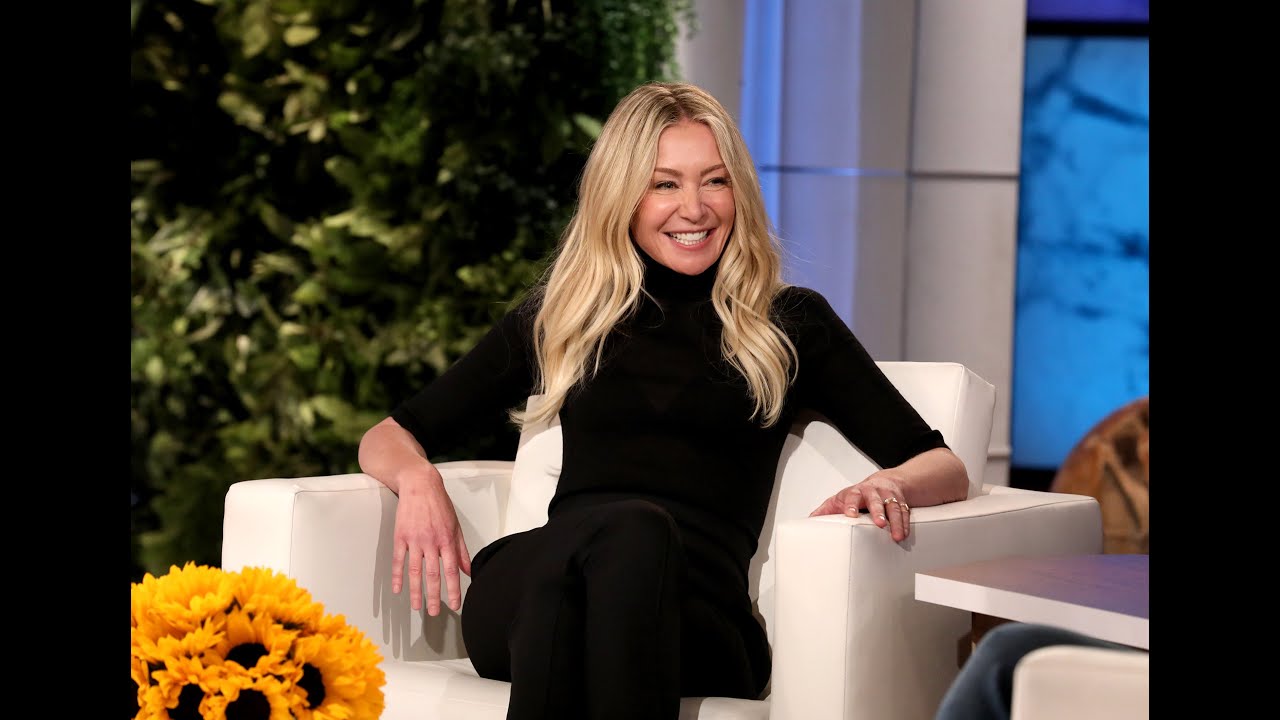 De Rossi said during a family visit to Australia, after moving to Los Angeles and starting a relationship with DeGeneres, her grandmother asked if she was “seeing anyone special.” The SAG-winning actress said her mother was supposed to tell her grandmother that she was dating DeGeneres, leaving De Rossi to break the news to her instead.

“She literally puts her head in her hands for 20 or 30 seconds silent, and I thought, ‘That’s it. I’ve killed my grandma,’ ” De Rossi said of her grandmother’s initial reaction. “And she just looked at me and she goes, ‘Well, I love you just the same.’ ”

DeGeneres added that when De Rossi’s grandmother passed away at 103, she had their “wedding picture next to her bed.”

“That was a beautiful thing for someone at that age to have such strong feelings and then just say, ‘I love you just the same,’ ” she said.

De Rossi spoke of the significance of her wife’s talk show success and what it means as a gay actress, and recalled watching the premiere of “The Ellen DeGeneres Show.”

“I was closeted, and Ellen was kind of the litmus test for young actors in Hollywood,” De Rossi said. “Her success meant so much to us. It meant, ‘Can I be authentic and honest and still be able to pay the rent?’ So, I remember watching the first episode of this show, standing the entire time, and I remember saying out loud to the TV, ‘She did it.’ “

She added: “You could just feel the magic.”

The beginning of the end:Watch Ellen DeGeneres explain why she is ending her show in 2022 in four-minute monologue

With “The Ellen DeGeneres Show” coming to an end May 26, the “Arrested Development” alum told DeGeneres she hopes her wife continues to set an example through her work.

“I wanna make sure that you continue being a teacher because that’s really what you’ve been for everybody,” De Rossi said. “More than ever, we need love and light and laughter.”

‘I would actually watch that’:Ellen DeGeneres reacts to Jason Sudeikis’ ‘SNL’ impression of her

Ellen DeGeneres learned she had COVID-19 backstage at ‘Ellen,’ she reveals in talk show return