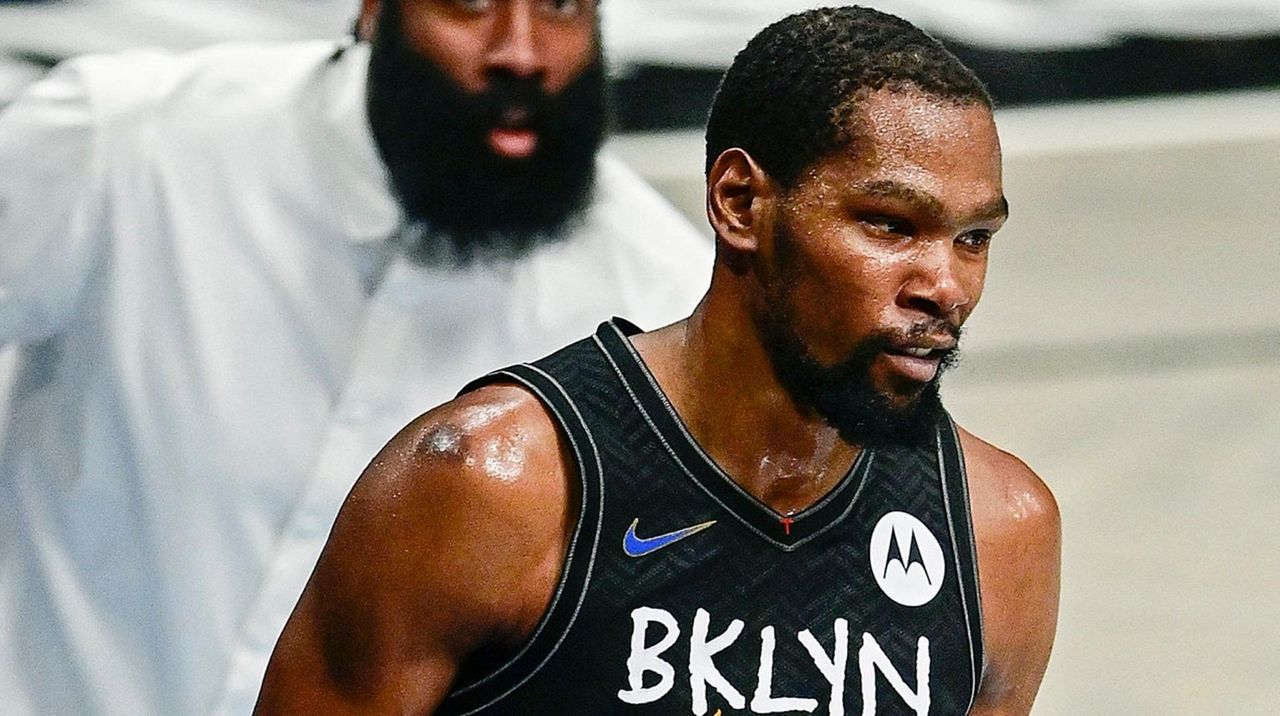 When Kevin Durant steps on the court at Fiserv Forum on Thursday night, it will mark two years to the day since he was in Toronto in the NBA Finals, pouring in buckets for the Golden State Warriors and suddenly, as he started to make a move against Serge Ibaka, he crumpled to the floor grasping his Achilles tendon.

From there, franchises shifted, fortunes changed and there were reasonable questions whether Durant would ever be the same again. And that’s why it makes it so hard to process what you’re seeing right now in the Eastern Conference semifinals.

In a series that includes the player who has stepped into Durant’s place as the reigning two-time Most Valuable Player, Giannis Antetokounmpo, Durant has once again emerged as the most unstoppable force in the game. Through two games as the Nets have firmly taken hold of the series, Durant has eased to 30.5 points per game, including a 32-point performance Monday on 12-for-18 shooting.

It isn’t just that Durant is playing at an All-Star level again after the devastating injury that preempted his departure from the Warriors and forced him to sit out the entire 2019-20 season. But he is playing as if it is an All-Star Game — unpacking his arsenal of offensive weapons like it’s a celebrity showcase rather than an Eastern Conference semifinal.

“He is just letting the game come to him and he’s playing it so effortlessly and we’re so used to seeing Kevin do that,” Kyrie Irving said.

“We’re just seeing him just continue to get better,” Irving added. “And I know that sounds crazy, but it is just slow for him. The game is so slow. He is able to get to his spot and raise up over anyone and when you have a 6-11 or 7-footer doing those special things, it kind of eases the possessions for us. And when you’re able to do that, it creates some problems for the opposition because now they’re playing on their heels.”

With James Harden sidelined, Durant and Irving have taken whatever they want from the Bucks, whirling passes around the perimeter, taking turns bringing the crowd to its feet at Barclays Center en route to the 2-0 series lead. And here’s the thing — the Bucks boast an arsenal of All-Defensive Team type of defenders, and there isn’t a thing they’ve been able to do about it.

“I think at the end of the day they’re both playing at a high level,” Bucks coach Mike Budenholzer said. “The scheme and the coverage, it matters. But, you know, they’re taking advantage of opportunities and they’re playing well and the role players are playing well so we got to find a way to limit them.”

Maybe there isn’t and maybe there is. Consider this: Just 4:36 into the game, Durant went to the free-throw line and it marked the last time the Nets would attempt a free throw until garbage time when Tyler Johnson went to the line with 4:38 to play. Like we said, it was like an All-Star Game. Actually, the All-Star Weekend celebrity games feature harder fouls.

The Bucks tried different defensive schemes and as Budenholzer noted, when Durant and Irving are playing at this level, it might not matter whether they go over or under screens, switch everything or opt for a zone. But the Nets and Durant look so comfortable in this series that it’s worth wondering if maybe a nose in the offensive player’s chest, a body on someone rather than watching them smoothly easing into their moves might deter them.

“We’ve got to figure out how to stop that,” Antetokounmpo said of trying to slow Durant. “You can’t stop it, but have to make it as tough as possible. Try to show more bodies. I think when we switch guys, get on an island and he can play one on one and he feels comfortable and he’s getting his rhythm, dribble and he gets to a spot. At the end of the day, I’ve said it before, he’s one of the best scorers in the league, he’s supposed to do this, but we have to make it as tough as possible for him and show more bodies and be more physical and hopefully they can bother him a little bit.”

For now, the Bucks can cling to the old adage that a series doesn’t really start until someone loses at home and their talk afterward that losing by 40 or losing by one doesn’t make a difference, that you don’t get extra wins for margin of victory.

But maybe Durant has picked up where he left off that day in Toronto, and maybe the dreams that he and Irving had when they decided to join forces in Brooklyn have come to fruition.

“Throughout the regular season, we’d let our guard down playing against some of the teams in our league, and they would punch us in the mouth and we would come in and talk to you guys after the game about what happened,” Irving said. “We just figured out the little things in terms of how to create separation within the game and just remain resilient throughout.”