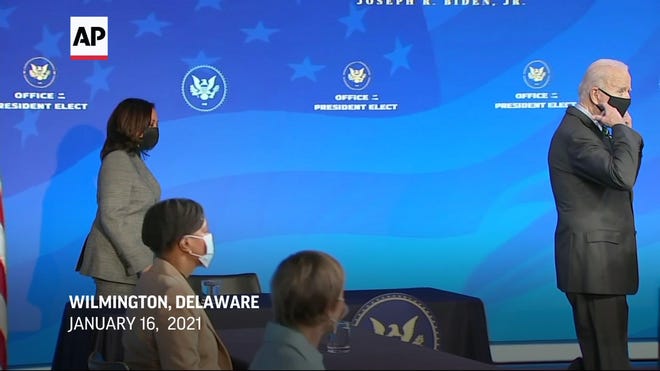 What we need is a revolution.

You’ve heard it before – from the right, from the left and everything in between. And who am I to say they’re wrong?

In fact, they’re right. Our country is stricken with a plague of polarization that’s so dangerous it’s deadly.

Now is not the time to go soft, failing to address what truly ails us just for the sake of a false semblance of civility.

No, that won’t get us anywhere. But what I found in writing a new book about Americans who are spanning gaps between people of difference is that these bridge builders are pursuing their own unique form of revolution – something that looks a lot different than what we’re used to.

Their revolution is predicated on forming relationships between people who aren’t like each other under the premise that we won’t overcome our deepest divides until we can see the world through each other’s eyes.

Bridge builders are a rare species. And we have a lot to learn from them. But in writing this book, I spent nearly as much time deconstructing myths about the metaphorical process of bridge building than I did on elucidating the lessons bridge builders can teach us.

Here are five misconceptions about the act of bridge building and the role it can play in tearing down the walls that divide us.

Misconception No. 1: Bridge building is weak.

The reality is quite the opposite. Bridge building is countercultural. Our cultural instinct is to cling to people who are like us. It’s human nature to gravitate toward tribalism.

Valarie Kaur, author of the dynamic book “See No Stranger” and founder of the Revolutionary Love Project, put it this way: “You are a part of me I do not yet know.”

It’s revolutionary to consider the possibility that your destiny is intertwined with mine – or, as the Rev. Dr. Martin Luther King Jr. famously put it, “We are caught in an inescapable network of mutuality, tied in a single garment of destiny.”

Like it or not, we need each other to achieve progress.

Misconception No. 2: We must eliminate conflict.

The pursuit of unity is admirable, but achieving it is not necessary to begin bridging our divides.

We will always have conflict, and that’s OK. In fact, it’s necessary.

What we need is to reestablish a degree of social trust in the midst of conflict. That involves demonstrating basic respect for each other as humans. It often means listening first and speaking second.

David Blankenhorn – co-founder of the nonprofit Braver Angels, which is teaching Americans of difference how to communicate – told me that the goal of his group isn’t to get people to agree on policy.

“We’re not trying to do away with conflict,” Blankenhorn said. “Most progress would not have occurred without conflict. The only way you get rid of conflict is to get rid of freedom. Free people disagree, often passionately, and that’s normal and healthy. The question is, how do you deal with it?”

Think of it like this: Friction generates fire. Fire can create, or it can destroy. The goal of bridge building is to make sure it’s a refiner’s fire, gradually burning away the imperfections of hate, distrust, callousness and distance.

I like the way author Amanda Ripley put it in her new book, “High Conflict”: “We need some heat to survive.”

Misconception No. 3: We need to meet in the middle.

Well, with apologies to Zedd, Maren Morris & Grey, I can report that bridge builders don’t always meet in the middle.

As it turns out, even real-life bridge builders often don’t build their structures from both sides of the divide to meet at a halfway point. In fact, they often use a process called incremental launching, wherein the bridge deck is preassembled offsite and then effectively pushed from one side to the other.

What does that mean for metaphorical bridge building? It means that sometimes one side is right, and the other side is wrong.

Sometimes – perhaps most of the time – there is no moral equivalence on the issues that divide us. Yet that doesn’t mean we should stop trying to build bridges.

Clearly there are exceptions. There is no excuse for hate, and we cannot and must not tolerate it.

But many of our deepest divides fall in the gray middle ground of perspective. Which leads me to my next point.

There is room for selfishness in the process of bridge building. That is, the ultimate goal is to achieve some form of policy change in many cases. Perhaps you want to achieve progress on climate change, for example.

OK. Well, building bridges with people on the other side of that issue doesn’t require you to compromise your identity or your principles.

What it requires, however, is for you to consider the perspective of people on the other side of the fence and to help them see how your proposed solution fits within their values. Sure, maybe in the long run, they might change their personal identity and come over to your side. But the better bet is that they won’t change who they are for the sole purpose of yielding to your point of view.

Bob Inglis, a former South Carolina Republican congressman who is now pursuing action on climate change through his nonprofit republicEn, is reaching his fellow conservative Christians by speaking their language of accountability and casting biblical principles in a new light. He’s showing how conservatives don’t have to change the fiber of their being to embrace the need to do something meaningful about greenhouse gas emissions.

“What we need to do is tell people under the tents in my tribe (that) ‘it’s completely consistent with your values,’ ” he said.

Sometimes, the gaps between us seem impossibly wide. It seems like nothing will ever change.

And Americans are worried about it. In a Public Agenda/USA TODAY poll published in April as part of our Hidden Common Ground series, 44% of Americans said the country’s ability to deal with major disagreements over the next decade will get even worse than it already is.

Yet despite our disagreements, as deep as they are, there is plenty of reason to believe that people can and will change. History proves it.

Let that sink in. Over the course of a decade and a half, the nation’s attitude on a contentious social issue changed drastically.

But I thought we were impossibly divided?

Here’s the bottom line: People aren’t static. Even in a culture racked by toxic polarization, Americans are capable of considering the possibility that they could be wrong. They are capable of change.

For my book, I had the privilege of interviewing the Rev. Alvin Edwards, pastor of Mt. Zion First African Baptist Church in Charlottesville, Virginia. Edwards founded the Charlottesville Clergy Collective, an interfaith group of ministers pursuing racial and religious reconciliation in that community in the wake of the deadly clash there fueled by white nationalism and white supremacy in August 2017.

In spite of everything his community has endured – and in spite of all the hate that Black Americans like Edwards have faced – he still retains his conviction that others are capable of a turnaround.

Nathan Bomey is a reporter for USA TODAY and the author of a new book, “Bridge Builders: Bringing People Together in a Polarized Age,” published by Polity and available in hardcover and e-book. You can follow him on Twitter: @NathanBomey

Opinion | Tom Hanks and the History We Need to Learn