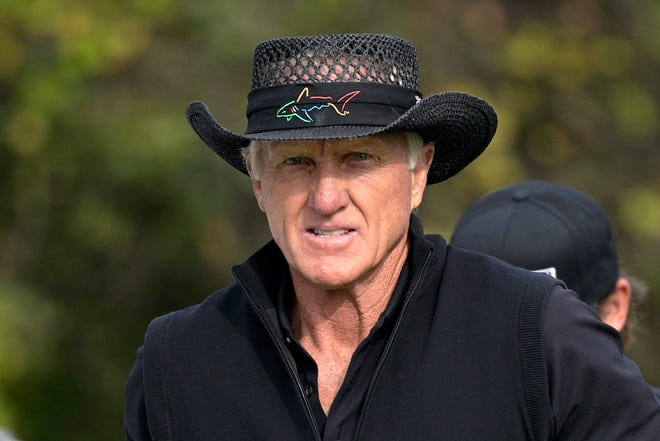 
In an interview with ESPN, Greg Norman unearthed new details about his Saudi Arabia-backed LIV Golf Invitational series, as well as the damaging effects of Phil Mickelson’s controversial comments.

The two-time major champion and CEO of LIV Golf Investments said his 14-event upstart league was ready to go back in February, the same week Alan Shipnuck published Mickelson’s “scary mother (expletive)” quote in a story for the Fire Pit Collective.

“Quite honestly, we were ready to launch on the Tuesday or Wednesday of Genesis,” Norman told ESPN. “We had enough players in our strength of field, or minimal viable product, ready to come on board. And when all of that happened, everybody got the jitters, and the PGA Tour threatened people with lifetime bans and stuff like that.”

“There’s no question (Mickelson’s comments) hurt,” Norman said. “It hurt a lot of aspects. It hurt the PGA Tour. It hurt us. It hurt the game of golf. It hurt Phil. So yeah, across all fronts. It wasn’t just specifically to us. But it definitely created negative momentum against us.”

“To this day, we still have players under contract and signed,” Norman said of the players committed to the eight-event series. “The ones who wanted to get out because of the pressure of the PGA Tour gave back their money and got out. Guys had money in their pockets.”

OPINION: Three majors will be cheapened in this season of Saudi sportswashing

ON COURSE: Check out Golfweek for the latest news and features from around the links

More than 200 players registered for the first event, according to Norman, including two previous world No. 1s. Mickelson’s agent confirmed his client was one of lot to register, saying last week that Mickelson had also registered for the PGA Championship – where he’s the defending champion – and the U.S. Open.