As he weathered frustration with his injured left foot, a lengthy rehab and uncertainty with his basketball future, Pau Gasol often turned toward a significant Los Angeles Lakers teammate for help.

In the past 18 months since Kobe Bryant died in a helicopter crash, Gasol no longer could lean on a trusted teammate and friend as he did when they won two NBA championships with the Lakers (2009, 2010). Still, Gasol could still rely on his own memories with how Bryant overcame injuries.

“I kept him in mind a lot of the days to say hey, ‘Kobe would be pushing himself,’” Gasol told USA TODAY Sports. “Kobe would not be taking this workout easy or not skipping anything. He would be really disciplined, trusting and being committed to the work. He’s always a big presence with me. He’s always going to be an inspiration and motivation in my life.”

No wonder Gasol partly credited Bryant’s influence with completing “Untitled Pau Gasol docuseries,” a four-episode documentary. In 2015, Bryant oversaw “Muse,” a Showtime documentary that captured his successes and failures during his NBA career. Gasol’s project, which is directed by Oriol Bosch and slated for a release sometime this year on Amazon Prime Video, mirrored a similar path.

The documentary detailed Gasol’s journey with appearing in his final NBA game (March, 2019), having surgery to repair a stress fracture in his left foot (May, 2019) and rehabbing before reuniting both with FC Barcelona and the Spanish national team (2021). The documentary also featured a sit-down interview with former Lakers coach Phil Jackson, who answered Gasol honestly on if he should try to play in the NBA and compete in the Tokyo Olympics.

“If you had a chance to win in the Olympics, which your team does, that’s a goal that I think you should probably pursue,” Jackson told him. “As far as the grind of an 82-game season in the future? If you play 21 or 22 years next year? You’re taking risks.” 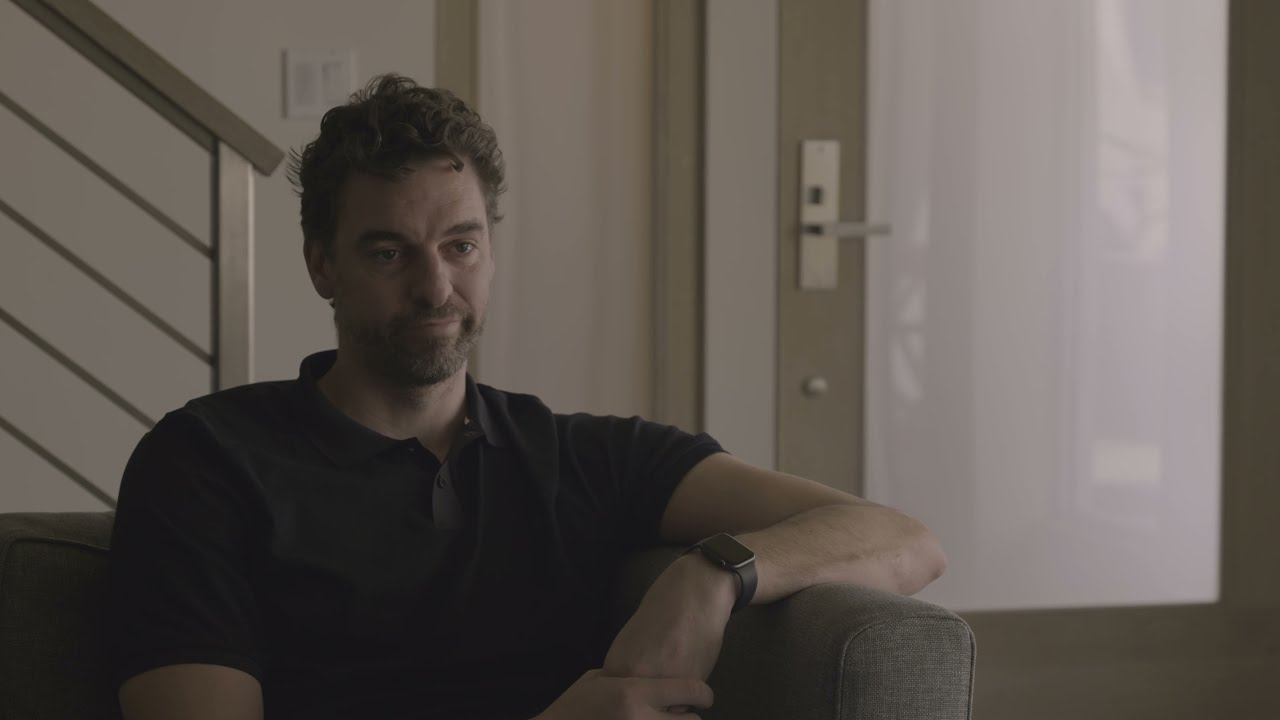 Just like how Bryant shared both his convictions and insecurities in his documentary, Gasol showed similar candor and vulnerability in his.

“What he tried to do was share knowledge, share experiences and potentially inspire others with your own story,” Gasol said of Bryant’s project. “That’s what we’re trying to do with my documentary as well: just try to share how I’m doing it and the things that I’ve faced and that I’ve lived with my family and my team. It shows how we approach different things. Hopefully it inspires, motivates and shares some knowledge with others.”

How Gasol rehabbed from his injury

“This is a huge gift that I’m experiencing,” Gasol said. “I’m privileged to be playing at 41 again at a high level after all I’ve been through.”

In the 2018-19 season, Gasol missed 26 games with the San Antonio Spurs after fracturing his left foot. After negotiating a buyout to join the Milwaukee Bucks, Gasol played in only three games in March before having more issues with his foot and having surgery in May. Gasol then signed with the Portland Trail Blazers for the 2019-20 season only to be waived less than two months into the season after it became clear that his recovery would take longer than anticipated.

OLYMPIC DEBUT:3-on-3 basketball at the Tokyo Olympics: Everything you need to know about new Olympic sport

That left Gasol wrestling with uncertainty about his basketball future. After all, Gasol said doctors advised him not to try playing again after having two surgeries.

“I wasn’t going to give up. I didn’t want to end my career with an injury,” Gasol said. “I wanted to end playing on the court after playing so many great years and having so many great experiences.”

Gasol experienced what he called “a difficult year in different ways” related to the pandemic, Bryant’s passing and his rehab that he described as “very long” and “uncertain.” Stationed in the Bay Area instead of his native Spain, Gasol initially rehabbed in a weight room, gym and garage without a trainer to offer instruction and motivation directly. Though he felt tempted not to work, Gasol said he often thought about how Bryant would have handled those circumstances.

“He really pushed himself to the limit,” Gasol said. “He pushed through a lot of injuries and a lot of pain and discomfort. He was relentless and very disciplined on his rehab and his recovery. During my recovery, I always had him present.”

Gasol also relied on other positive influences, including his family, trainers and teammates.

Joaquín Juan, Gasol’s longtime trainer and physiotherapist from Spain, sent him workouts to complete while offering feedback on his rehab from afar. Marc Guillet, Gasol’s trainer based in the Bay Area, offered a personal presence. Raül López, Gasol’s former teammate on the Spanish national team, completed basketball workouts with him via Zoom. During his training sessions, Gasol completed exercises that required more from his right foot to minimize pressure on his left foot.

In between two-a-day workouts, Gasol spent time with his wife, Catherine,during her pregnancy before their daughter, Elisabet Gianna Gasol, was born last September.

Returning to the court

Eventually, the Lakers and Gasol talked about reuniting partly because of their history and because Marc joined the team last season. But those talks did not lead to anything.

“It wasn’t really that close,” Gasol said. “The NBA was under severe protocols and restrictions for any player outside of the roster to be able to practice or be able to have any individual workouts. So it was just very hard to take the necessary steps I would’ve needed to join a team.”

So, Gasol brought his basketball career full circle with FC Barcelona both for personal and practical reasons.

“I would love to be playing a lot of times and practicing a lot of times on the court with things I used to do five years ago. But my body can’t sustain it.” Gasol said. “So it took a collective effort from the team, the coach, my teammates understanding and same thing with the national team. It’s understanding that it’s something I have to be cautious with, but I’ve been able to enjoy having a lot of fun and playing again.”

His role did not mirror what he experienced during his first stint with FC Barcelona. Yet, Gasol considered it “very special” that he played in limited minutes at the end of the season and helped the team win another La Liga title. Gasol will try to do the same for the Spanish national team, which he called “a very good team.” Still, Gasol predicted “the competition is going to be fierce,” which could include Team USA even if a handful of stars have abstained following the compressed NBA season.

“They are a very talented team,” Gasol said of Team USA. “You have to play your best on both ends of the floor and take them out of your game. That’s what we will try to do. That’s against any team, but that’s against the best teams even more. So we’ll see if our paths cross.”

Gasol crossed paths with Team USA in two gold-medal games when Bryant played. That Gasol even has the chance to cross paths again partly traces back with how Bryant indirectly inspired Gasol during his rehab.