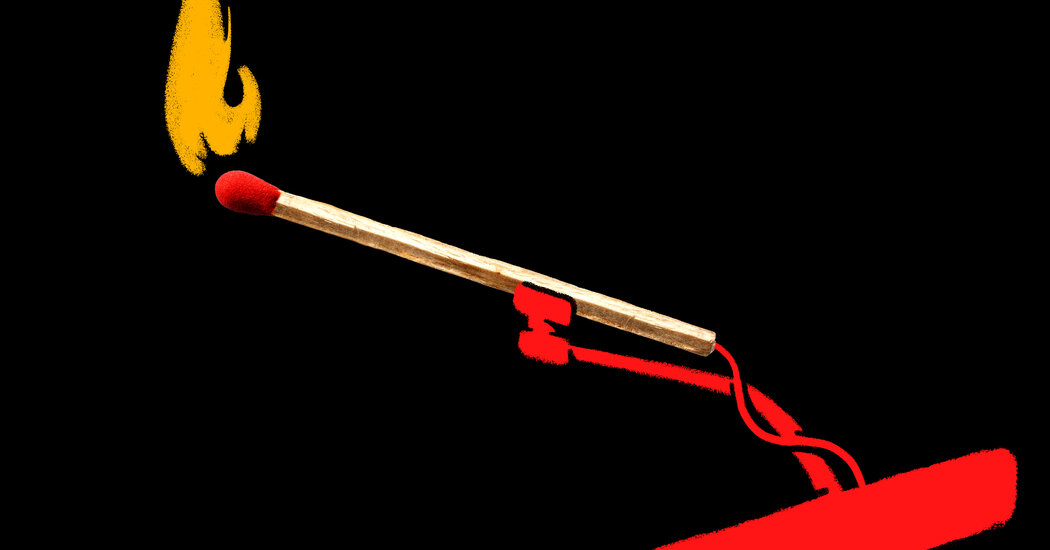 We are approaching the demographic point where white people will be a minority in the U.S. That demographic trend will have enormous political and economic consequences. It will be hard to stack the deck in your favor when you are outvoted.

There is a significant subset of white Americans who cannot accept the prospect of reduced status. This does not mean that they will be disadvantaged. It means that they will no longer enjoy the unfair advantage of white privilege.

These people are increasingly panicking and relying on antisocial activities such as voter suppression, sedition and violence. It will only get worse for the foreseeable future. Make no mistake — they will try to do whatever it takes to stave off their inevitable reduced political status.

And let’s be honest. These people draw their support exclusively from the Republican Party and its enablers in the media and right-wing organizations.

Re “Buffalo Was Not Random Violence” (editorial, May 17):

You write, “The Fox News host Tucker Carlson, a leading purveyor of replacement theory rhetoric, has promoted the idea that elites are seeking to replace white Americans on more than 400 episodes of his program, according to an analysis by The New York Times.”

Although Tucker Carlson, Fox News and other right-wing media outlets are purveyors of hate, let’s go beyond blaming the messenger. Without corporate advertisers, they couldn’t survive.

Several prominent corporations that advertise on Fox were asked if they would continue advertising, and they refused to answer. When will corporations stand up to hateful speech?

I challenge all decent Fox News advertisers to do the right thing and cancel their contracts unless Fox stops spewing hate. Until Fox News and Tucker Carlson are hit in their pocketbooks, nothing will change.

I would encourage Tucker Carlson at Fox News to invite a dozen or so chiefs from what remain of our Native American tribes to discuss what they think about the “great replacement” in America.

Re “Weaponizing America Against Itself,” by Bret Stephens (column, May 18):

Mr. Stephens continues to be the most reasonable conservative around. I love his choice of changing “replacement” to “renewal.” I would even add revitalization.

It’s too bad that most Republicans don’t feel that way. Many whites feel inordinately entitled and feel threatened by nonwhites. Republican leaders need to step up to the task of calling out their constituents and colleagues on “replacement theory.” Call it what it is: racism, antisemitism, prejudice, ignorance.

On a recent newscast a talking head made this profound statement, “The one thing America makes best is more Americans.”

In New York City that is a fact that stares us in the face every day. No matter where folks come from, their kids inevitably become American. They wear the same clothes, listen to the same music, buy the same goods and acquire the same values as every other American kid.

This is something the anti-immigrant crowd is blind to. They fear that immigrants will somehow overwhelm the country when, in fact, the opposite is true — it is America that claims them for herself.

The proof that liberal elites do not want to replace whites with nonwhites is that progressives are pro-choice on abortion.

The abortion rates for Black women are several times higher than for whites. Minorities are far more likely to vote for Democrats. For decades, abortions have disproportionately deprived the Democratic Party of millions of potential Black voters.

If liberal elites really wanted to advance the “great replacement theory” and replace white voters with Black ones, they would have never been pro-choice.

McConnell, Ukraine and the Fate of Trumpism

Re “McConnell Cites Ukraine Aid as Evidence of a Shifting G.O.P.” (news article, May 21):

You report that Senator Mitch McConnell is trying, by his support of Ukraine, to show the world that Trumpism hasn’t taken over the Republican Party. His support is, of course, welcome.

But after four years in which he silently watched Trumpism take over the party and enabled Donald Trump and his right-wing acolytes as they corrupted the government, including the judiciary, and made hatred and lies the currency of our political discourse, and after he refused to convict an obviously guilty president, it is hard to believe that some great awakening has taken place in Senator McConnell’s philosophy.

Let’s give Mitch McConnell credit for holding together the bipartisan coalition to defend Ukraine against Russian aggression. He is a master politician, as L.B.J. was, when it comes to Congress and is perhaps our best hope for returning the Republican Party to its former self working to restore bipartisan democratic values.

He knows what an insurrection is, and I hope he will work to restore the law of the land and prosecute those responsible. America is at the brink, and we need to all come together.