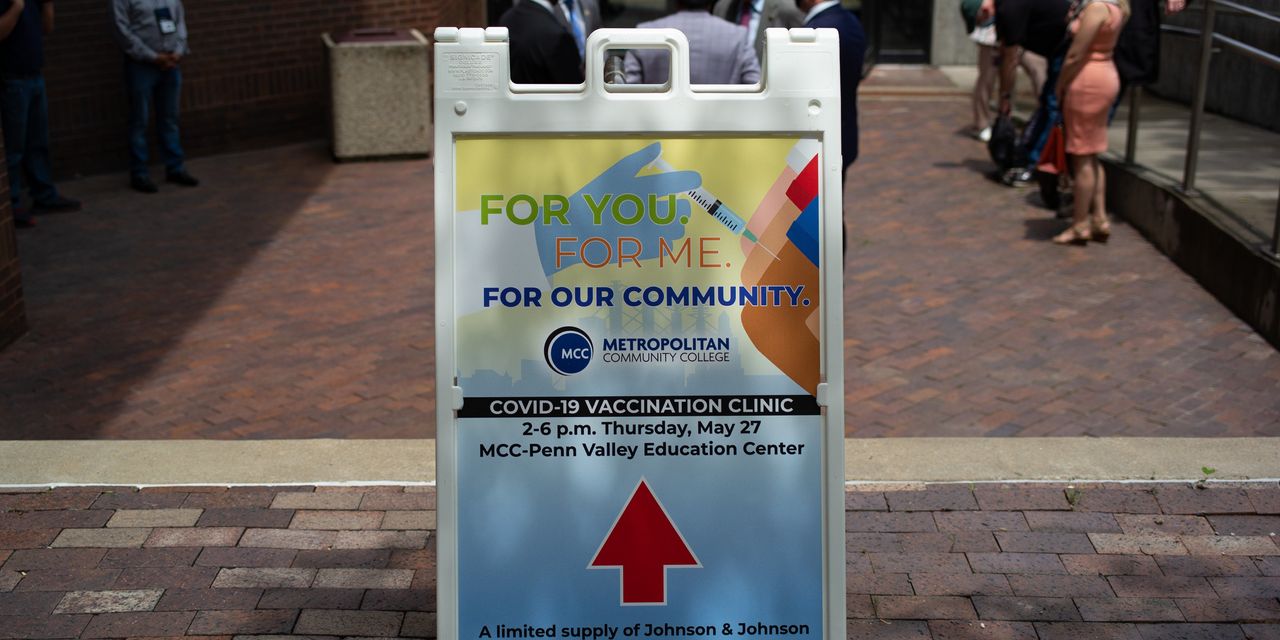 As public concern about the pandemic continues to decline, the Biden administration is pushing hard to meet its goal of vaccinating 70% of adults with at least one shot by the Fourth of July. More than 60% of the country is already vaccinated.

Still, reaching that goal will be challenging. Monthly surveys by the Kaiser Family Foundation show that about 20% of the population was staunchly opposed to getting vaccinated at the beginning of the year and remains so today. As the share of Americans who say they are in “wait and see” mode has declined to only 12% from 31% in January, the pool of new possibilities has shrunk. Mass-inoculation centers are being phased out in favor of a strategy bringing shots to trusted messengers—such as the new campaign to organize 1,000 barbershops in black neighborhoods.

As vaccine fears have eased and access has improved, the principal remaining obstacle to near-universal vaccination is the large number of Republicans who are declining to participate.

The partisan gap is astonishing. More than 80% of Democrats have already received at least one shot, compared with 49% of Republicans. Twenty-seven percent of Republicans say that they won’t get vaccinated under any circumstances, and an additional 9% will do so only if required. The comparable figures for Democrats are 3% outright refusal and 3% only if required.

carried all 20 of the states that now have the highest vaccination rates, while

carried 17 of the 20 states with the lowest rates. Recent research finds a similar pattern in House districts.

Another dimension of demography deepens the puzzle. Eighty-one percent of Republicans are white, compared with 59% of Democrats. White Americans are getting vaccinated at higher rates than blacks and Hispanics, who comprise 32% of Democrats but only 9% of Republicans. All else equal, the vaccination rate among Republicans should be much higher than it is among Democrats. But the opposite is true.

Two other demographic differences help explain the gap. White evangelical Protestants make up one-third of the Republican Party, compared with only 6% of Democrats, and their vaccination rate is well below the national average.

Americans with college degrees are vaccinated at higher rates, and a larger percentage of Democrats are college-educated. In particular, whites who didn’t graduate from college make up 57% of Republicans but only 30% of Democrats.

The vaccination breach is one more manifestation of the deep divides that endanger the American political system, and so understanding the gap may provide insight into the broader problem. Here are three hypotheses.

First, many Republicans are visceral if not doctrinal libertarians. They understand freedom as being left alone to make their own choices, and they resent being told what to do. They implicitly reject John Stuart Mill’s distinction between actions that affect only ourselves and those that affect others. From their perspective, mask mandates restrict freedom, whatever their purported social justification, and so does pressure to get vaccinated.

In a Kaiser Family Foundation survey conducted in December, Americans were divided on whether getting vaccinated is a “personal choice” or “part of everyone’s responsibility to protect the health of others.” Seventy-one percent of Republicans saw it as a personal choice, compared with 27% of Democrats.

Second, an increasing number of Republicans are populists who bristle at what they see as elite condescension toward ordinary citizens. When medical experts assure us that the Covid-19 vaccines are safe and effective, many Republicans wonder how they can be so sure about medicines that were developed so quickly. Shifting expert views on mask mandates and modes of disease transmission have bolstered these doubts.

Third, for more than a century, white evangelical Protestants have had a tense relationship with modern science, which they see as challenging core tenets of their faith. They are less likely than other Americans to take “follow the science” as their benchmark.

The feminist slogan from decades ago—the personal is the political—has turned out to be an accurate prediction. Whatever its causes, the partisan gap in vaccination rates is one more step in the regrettable trend toward politicizing every aspect of our lives.