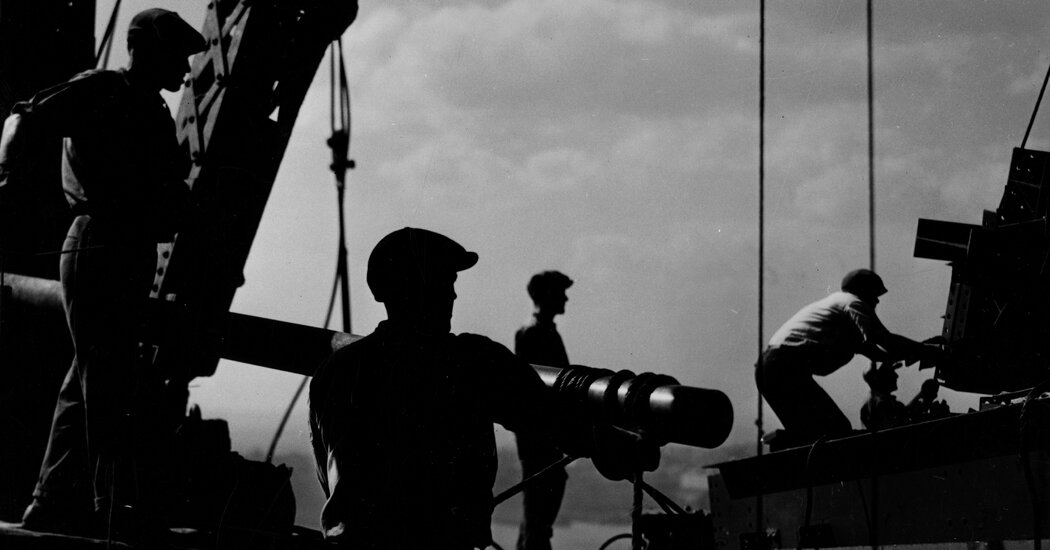 Even so, the United States is notable for how much we spend and how little we get. It costs about $538 million to build a kilometer of rail here. Germany builds a kilometer of rail for $287 million. Canada gets it done for $254 million. Japan clocks in at $170 million. Spain is the cheapest country in the database, at $80 million. All those countries build more tunnels than we do, perhaps because they retain the confidence to regularly try. The better you are at building infrastructure, the more ambitious you can be when imagining infrastructure to build.

The problem isn’t government. It’s our government. Nor is the problem unions — another favored bugaboo of the right. Union density is higher in all those countries than it is in the United States. So what has gone wrong here?

One answer worth wrestling with was offered by Brink Lindsey, director of the Open Society Project at the Niskanen Center, in a 2021 paper titled “State Capacity: What Is It, How We Lost It, and How to Get It Back.” Lindsey’s definition is admirably terse. “State capacity is the ability to design and execute policy effectively,” he told me. When a government can’t collect the taxes it’s owed or build the sign-up portal to its new health insurance plan or construct the high-speed rail it’s already spent billions of dollars on, that’s a failure of state capacity.

But a weak government is often an end, not an accident. Lindsey’s argument is that to fix state capacity in America, we need to see that the hobbled state we have is a choice, and there are reasons it was chosen. Government isn’t intrinsically inefficient. It has been made inefficient. And not just by the right:

What is needed most is a change in ideas: namely, a reversal of those intellectual trends of the past 50 years or so that have brought us to the current pass. On the right, this means abandoning the knee-jerk anti-statism of recent decades, embracing the legitimacy of a large, complex welfare and regulatory state, and recognizing the vital role played by the nation’s public servants (not just the police and military). On the left, it means reconsidering the decentralized, legalistic model of governance that has guided progressive-led state expansion since the 1960s, reducing the veto power that activist groups exercise in the courts, and shifting the focus of policy design from ensuring that power is subject to progressive checks to ensuring that power can actually be exercised effectively.

The Biden administration can’t do much about the right’s hostility to government. But it can confront the mistakes and divisions on the left.

A place to start is offered in another Niskanen paper, this one by Nicholas Bagley, a law professor at the University of Michigan. In “The Procedure Fetish,” Bagley argues that liberal governance has developed a puzzling preference for legitimating government action through processes rather than outcomes. He suggests, provocatively, that that’s because American politics in general, and the Democratic Party in particular, is dominated by lawyers. Joe Biden and Kamala Harris hold law degrees, as did Barack Obama and John Kerry and Bill and Hillary Clinton before them. And this filters down through the party. “Lawyers, not managers, have assumed primary responsibility for shaping administrative law in the United States,” Bagley writes. “And if all you’ve got is a lawyer, everything looks like a procedural problem.”

This is a way that America differs from peer countries: Robert Kagan, a law professor at the University of California, Berkeley, has called this “adversarial legalism,” and shown that it’s a distinctively American way of checking state power. Bagley builds on this argument. “Inflexible procedural rules are a hallmark of the American state,” he writes. “The ubiquity of court challenges, the artificial rigors of notice-and-comment rule-making, zealous environmental review, pre-enforcement review of agency rules, picayune legal rules governing hiring and procurement, nationwide court injunctions — the list goes on and on.”

The justification for these policies is that they make state action more legitimate by ensuring that dissenting voices are heard. But they also, over time, render government ineffective, and that cost is rarely weighed. This gets to Bagley’s ultimate, and in my view, wisest, point. “Legitimacy is not solely — not even primarily — a product of the procedures that agencies follow,” he says. “Legitimacy arises more generally from the perception that government is capable, informed, prompt, responsive, and fair.” That is what we’ve lost — in fact, not just in perception.