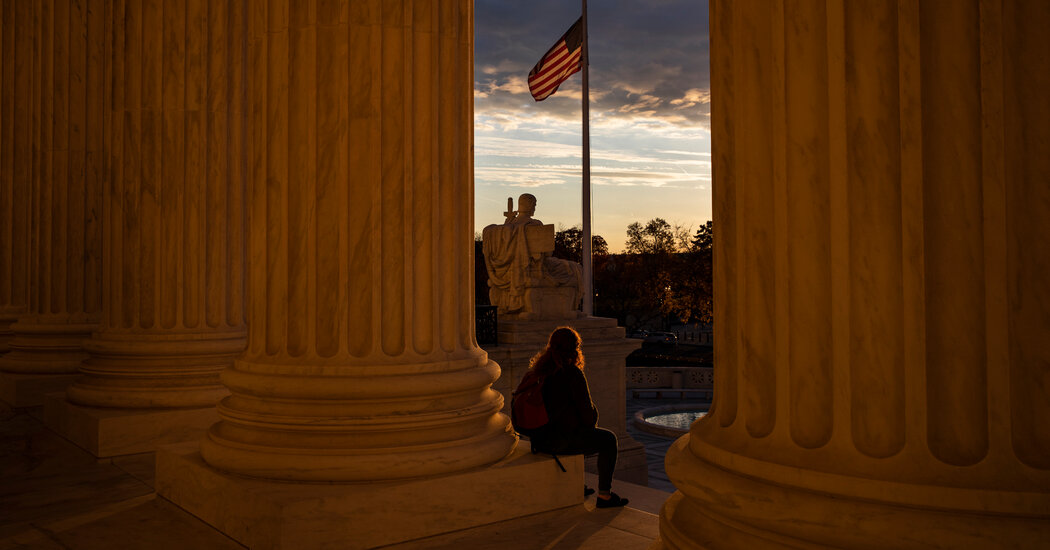 
A breach of such magnitude suggests a breakdown of internal norms that tracks with the broader erosion of American institutions in recent years and the further conversion of the court into a hyperpartisan political body not meaningfully different from Congress. It’s not hard to see how that could have happened. Senate Republicans have worked overtime in recent years to politicize and polarize the justices, first by stealing a seat from President Barack Obama with nearly a year left in his term and then hustling Justice Barrett through to her seat even as millions of Americans had already cast ballots in the election that would oust her disgraced patron, Mr. Trump. If presidents, senators and nominees act as if anything is fair game in the quest for power, why shouldn’t others involved with the institution?

The second takeaway from Monday’s leak: Listen to them. Republicans have been saying for decades that they planned to overturn Roe v. Wade the first chance they got. Now that they finally have the chance, they appear to be running with it.

Keep in mind that five of the six justices in the right-wing majority were appointed by presidents who took office after losing the popular vote. This doesn’t mean they are less legitimate than the other four justices. But it might counsel at least a modicum of moderation and humility when approaching hot-button social and political issues that divide the country, as Justice Alito acknowledges is the case with abortion.

Instead the justices are grabbing everything off the shelves while they can. In the process, they are running roughshod over decades of Supreme Court standards regarding the conditions for overturning longstanding precedent. For example, has the world changed significantly since the original ruling? An overwhelming majority of Americans still support a woman’s right to terminate her pregnancy in at least some circumstances, so no. What has changed? Nothing except the makeup of the court itself, the most nakedly partisan crop of justices in memory.

Recall that when Roe was decided in 1973, the vote was 7 to 2, with five justices appointed by Republican presidents joining in the majority. That Republican Party, as it turns out, was not long for this world. Its successors are also telling us what they plan to do. A journalist recently pointed out that in the corners of what constitutes intellectual Trumpism, far-right writers are being open about the need for an “American Caesar” who will take power and “smash” dissent using “all force available.” Sounds crazy, right? So did the idea that a sitting president would incite a deadly insurrection at the U.S. Capitol to try to block the certification of an election he lost.

J.D. Vance, the Trump-endorsed Senate candidate in Ohio, recently said he believes Mr. Trump will run again in 2024 and offered him a piece of advice: “Fire every single midlevel bureaucrat, every civil servant in the administrative state, replace them with our people.” When the Supreme Court calls that illegal, he suggested, Mr. Trump can pull an Andrew Jackson — that is, defy the court’s ruling and dare the justices to enforce it.

The right-wing justices may be feeling on top of the world right now, but they would do well to remember that when absolute power is the objective, even the rule of law is no match.