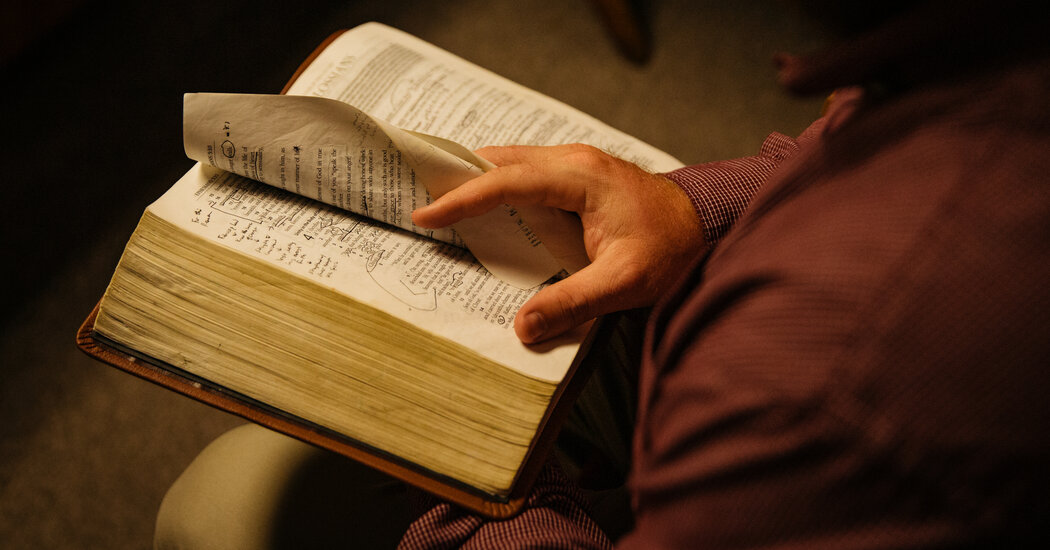 And yet when allegations of sexual abuse came, the leaders of the Southern Baptist Convention betrayed it all. Those men — and they seem to have all been men — must have listened to hundreds of hours of pious sermons, read hundreds of high-minded theological books, recited thousands of hours of prayer, and yet all those true teachings and good beliefs had no effect on their actual behavior.

Instead, according to an independently produced report released by the convention this week, those leaders covered up widespread abuse in their denomination and often intimidated and belittled victims. More than 400 people believed to be affiliated with the church, including some church leaders, have been accused of committing abuse.

One woman, Jennifer Lyell, said she’d been sexually abused while a student at a Southern Baptist seminary. In an article, the church’s communications arm made it sound as if she were confessing to a consensual affair. Paige Patterson, then the head of one seminary, told one student not to report a rape, according to the report, and later, at another seminary, “emailed his intention to meet with another student who had reported an assault, with no other officials present, so he could ‘break her down.’”

How can there be such a chasm between what people “believe” and what they do? Don’t our beliefs matter?

The fact is, moral behavior doesn’t start with having the right beliefs. Moral behavior starts with an act — the act of seeing the full humanity of other people. Moral behavior is not about having the right intellectual concepts in your head. It’s about seeing other people with the eyes of the heart, seeing them in their full experience, suffering with their full suffering, walking with them on their path. Morality starts with the quality of attention we cast upon another.

If you look at people with a detached, emotionless gaze, it doesn’t really matter what your beliefs are, because you have morally disengaged. You have perceived a person not as a full human but as a thing, as a vague entity toward which the rules of morality do not apply.

In 2007 a woman named Christa Brown had the courage to testify before Southern Baptist officials that her youth pastor had repeatedly sexually assaulted her when she was 16. She reported that one official turned his back, literally refusing to look at her, refusing to see her. That is the sort of dehumanization that creates indifference that enables rape, abuse and all the other horrific dehumanizing acts down the road.

Character is not measured by a person’s beliefs but by the ability to see the full humanity of others. It is not automatic. It’s a skill acquired slowly. It’s about being able to focus on what’s going on in your own mind and simultaneously focus on what’s going on in another mind. It’s about learning how to minutely observe, absorb and resonate with other people’s emotions.

It comes about through years of shared experiences, decades of other-centered attention, engagement with the kind of literature that educates you in what can go on in other people’s heads. It’s spiritual training to get out of your own egotistic self-referential thinking and into the habit of asking what’s this moment like for that other person.

As social scientists have shown in one experiment after another, it’s very easy to get people to dehumanize each other. You divide people into in-groups and out-groups. You spread a tacit ideology that says women are less important than men or Black people are less important than white people. You use euphemistic language so that horrific acts can be abstracted into sanitized jargon.

You tell a victimization story: We are under attack. They’re out to get us. They’re monsters. They deserve what they get. You tell a righteousness story: We do the Lord’s work. Our mission is vital. Anybody who interferes is a beast.

You bureaucratize: You create a system of nonresponsibility in which rules and procedures matter, not people. When you read the report on the Southern Baptists you realize, once again, how much horror can be done by dutiful functionaries who focus on minimizing legal liabilities but not honoring human beings.

The scholar Simon Baron-Cohen calls this “empathy erosion.” In his book “Moral Disengagement,” Albert Bandura detailed how Catholic leaders put a lot of effort into not knowing what was going on. After this shameful warning, Southern Baptist leaders did something quite similar.

We’re living in a period awash in cruelty — not only with abuse scandals, but also with mass shootings, political barbarism and the atrocities in Ukraine. How much will the pummeling act of experiencing the news these days lead to empathy erosion? Where will the forces of re-humanization come from? Apparently not from our religious elites.