RPNEWSPAPER
Home Opinion Opinion | Should We Be Forced to See Exactly What an AR-15... 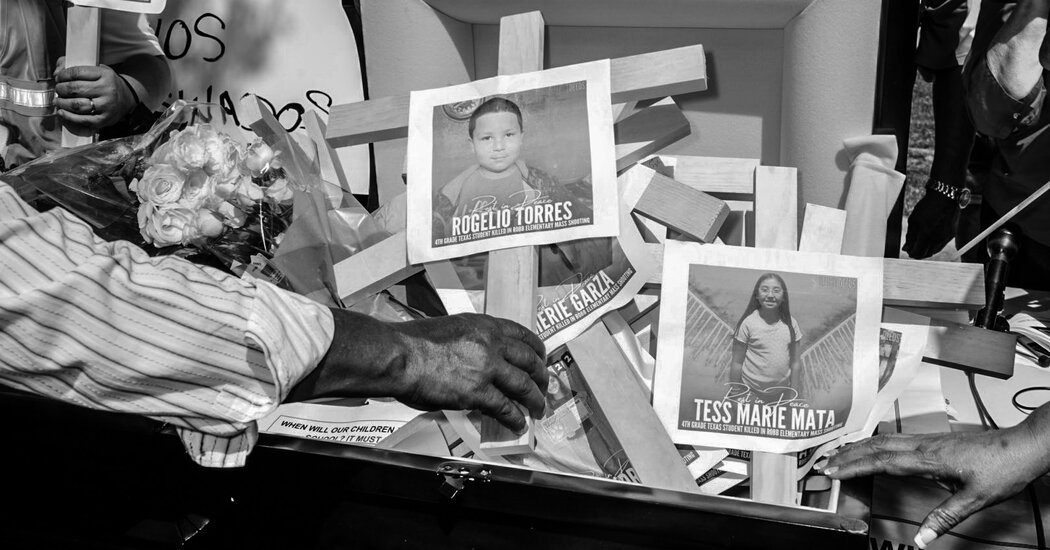 There are many examples of photographs that gave history a nudge — sometimes even a vigorous one. Think of the My Lai massacre photographs, of the Abu Ghraib torture photos taken by American troops and of Darnella Frazier’s phone video of George Floyd’s murder. But just as the Till photograph didn’t end Jim Crow, the My Lai images didn’t end the Vietnam War (nor did press reports of the atrocity), the Abu Ghraib photographs didn’t end the Iraq war (or even lead to high-level prosecutions), and the Floyd video didn’t end police brutality. These photographs did support, encourage and strengthen public perceptions, political movements and public debates that were already in play. But none resulted in the kinds of immediate change that their supporters hoped for. When it comes to images, there are few Damascene moments, which is why most photojournalists are modest, if not pessimistic, about the influence of their work.

And viewers who look to photographs to effect political change should be careful what they wish for: Formulating political decisions on the basis of images can be treacherous. Photographs of skeletal Somalis dying of hunger — those by James Nachtwey are particularly brutal — were one of the key inspirations for the U.S.-United Nations intervention in Somalia in late 1992; less than one year later, Paul Watson’s horrific photograph of a gleeful crowd dragging an American soldier’s naked corpse contributed to our hasty retreat. (The Somali debacle was a major reason for the Clinton administration’s refusal to respond to the Rwandan genocide the following year.)

In 2004, Khalid Mohammed’s photograph of Iraqis in Falluja celebrating beneath the burned, mutilated bodies of American contractors hanging from a bridge resulted in what might be called the anti-Somalia effect: Rather than force a U.S. withdrawal, as some in the crowd had apparently hoped, the image encouraged an embarrassed President George W. Bush to order the Marine invasion of the city and intensify the war. The resulting battle was one of the longest and deadliest of the conflict. In its aftermath, one newspaper described Falluja as a “city of ghosts.”

The most vexing political conflicts are the most resistant to photographic interventions — as the Syrian civil war, now in its 11th year, shows. Nilufer Demir’s internationally disseminated photographs of little Aylan Kurdi, a drowned Syrian refugee who washed up on the shores of a Turkish beach, inspired fervent responses of outrage and promises of action in 2015. But outrage proved easier than action, and the plight of Syrian refugees remained pretty much the same.

And one might well wonder why the so-called Caesar images — a trove of 55,000 photographs depicting Syrians tortured to death in the prisons of President Bashar al-Assad — had zero political effect. The photographs, which were smuggled out of Syria in 2013 and depict victims of eye gouging, strangulation and starvation, were shown to the U.S. Congress, at the United Nations and to the secretary of state at the time, John Kerry, as well as other world leaders. Geoffrey Nice, a war crimes prosecutor, described them as akin to “getting the keys to the Nazi archive.” However, as this newspaper reported, “Syrian’s Photos Spur Outrage, but Not Action.”

In the case of Uvalde, all of this remains, for the most part, theoretical. It is highly unlikely that the grieving parents would ever consent to the publication of images of their children and equally hard to imagine that the pictures would not circulate on sites that would dishonor, if not defile, the victims. Images of dead children, after all, are different from all others. Children represent both innocence and promise — represent, in fact, our belief in the future. To see them violated elicits instinctual reactions of pity, anger, grief and shame. The question, though, is what we do with that vortex of emotions once it has been unleashed.

Despite the very real dangers of exploitation and misuse that disclosure of the Uvalde photographs would pose, I myself would like politicians to view them: to look — really look — at the shattered face of what was previously a child and to then contemplate the bewildered terror of her last moments on earth. But that would not mean that the jig is up. People, not photographs, create political change, which is slow, difficult and unpredictable. Don’t ask images to think, or to act, for you.