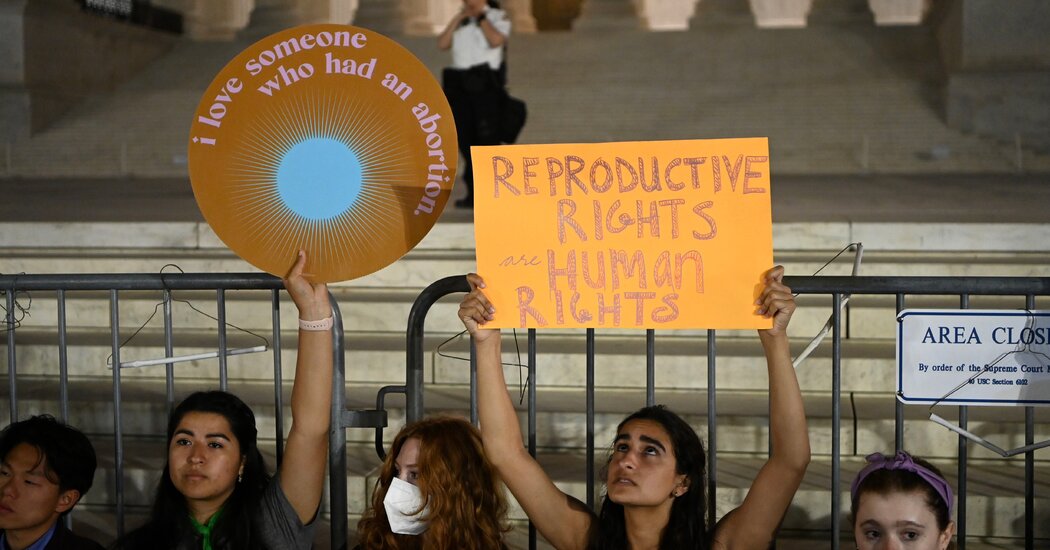 
Michael J. Salamon
Hewlett, N.Y.
The writer is a psychologist.

After Mitch McConnell’s gambit to thwart Merrick Garland’s nomination and three Supreme Court appointments under Donald Trump, we knew this day would come. And, yet, a leak of the draft opinion potentially overturning Roe sends chills down my spine. The reality is coming into stark relief.

A majority of the citizenry is in a scramble to imagine a terrifying new future, one where the state can require a woman to carry a pregnancy to term, regardless of the circumstances.

Despite the shock of it, I am more concerned with the day after. What’s next? Obergefell v. Hodges, protecting the right of same-sex marriage? What will be the state of personal freedoms 20 years from now? They are all fair game, just waiting for the right case to come along.

Welcome to the brave new America.

I take no issue with any person’s religious or principled beliefs. I wonder, though, if ardent pro-lifers ever consider the plight of children who are born — and unwanted.

Most of us understand that love and nurture are essential for a child’s development. Yet pro-lifers may not appreciate that only about 4 percent of women with unwanted pregnancies give their children up to adoption. What about the other 96 percent? We’re talking about hundreds of thousands of unwanted unborn children.