RPNEWSPAPER
Home Opinion Opinion | President Biden: What America Will and Will Not Do in... 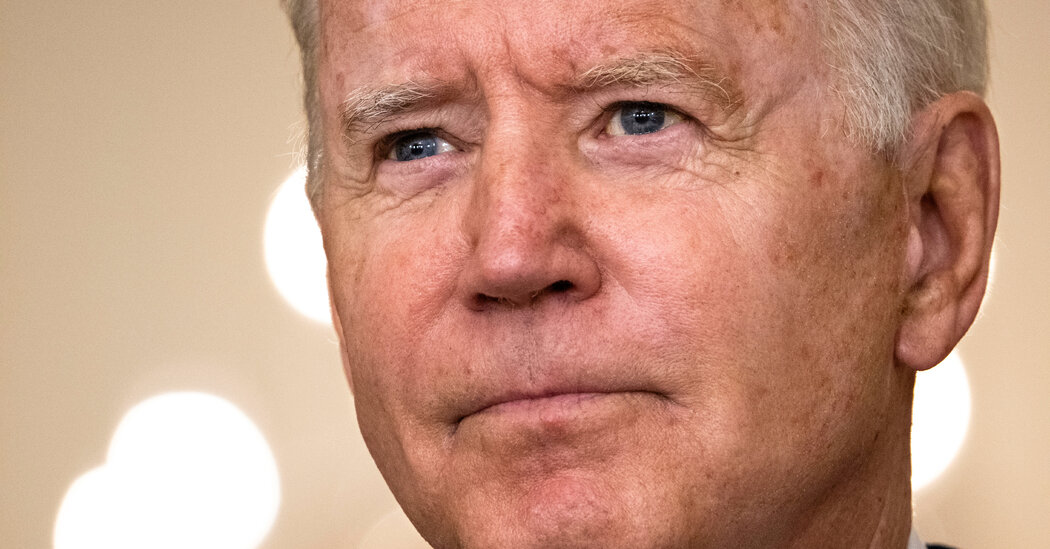 The invasion Vladimir Putin thought would last days is now in its fourth month. The Ukrainian people surprised Russia and inspired the world with their sacrifice, grit and battlefield success. The free world and many other nations, led by the United States, rallied to Ukraine’s side with unprecedented military, humanitarian and financial support.

As the war goes on, I want to be clear about the aims of the United States in these efforts.

America’s goal is straightforward: We want to see a democratic, independent, sovereign and prosperous Ukraine with the means to deter and defend itself against further aggression.

As President Volodymyr Zelensky of Ukraine has said, ultimately this war “will only definitively end through diplomacy.” Every negotiation reflects the facts on the ground. We have moved quickly to send Ukraine a significant amount of weaponry and ammunition so it can fight on the battlefield and be in the strongest possible position at the negotiating table.

That’s why I’ve decided that we will provide the Ukrainians with more advanced rocket systems and munitions that will enable them to more precisely strike key targets on the battlefield in Ukraine.

We will continue cooperating with our allies and partners on Russian sanctions, the toughest ever imposed on a major economy. We will continue providing Ukraine with advanced weaponry, including Javelin anti-tank missiles, Stinger antiaircraft missiles, powerful artillery and precision rocket systems, radars, unmanned aerial vehicles, Mi-17 helicopters and ammunition. We will also send billions more in financial assistance, as authorized by Congress. We will work with our allies and partners to address the global food crisis that Russia’s aggression is worsening. And we will help our European allies and others reduce their dependence on Russian fossil fuels, and speed our transition to a clean energy future.

We will also continue reinforcing NATO’s eastern flank with forces and capabilities from the United States and other allies. And just recently, I welcomed Finland and Sweden’s application to join NATO, a move that will strengthen overall U.S. and trans-Atlantic security by adding two democratic and highly capable military partners.

We do not seek a war between NATO and Russia. As much as I disagree with Mr. Putin, and find his actions an outrage, the United States will not try to bring about his ouster in Moscow. So long as the United States or our allies are not attacked, we will not be directly engaged in this conflict, either by sending American troops to fight in Ukraine or by attacking Russian forces. We are not encouraging or enabling Ukraine to strike beyond its borders. We do not want to prolong the war just to inflict pain on Russia.

My principle throughout this crisis has been “Nothing about Ukraine without Ukraine.” I will not pressure the Ukrainian government — in private or public — to make any territorial concessions. It would be wrong and contrary to well-settled principles to do so.

Ukraine’s talks with Russia are not stalled because Ukraine has turned its back on diplomacy. They are stalled because Russia continues to wage a war to take control of as much of Ukraine as it can. The United States will continue to work to strengthen Ukraine and support its efforts to achieve a negotiated end to the conflict.

Unprovoked aggression, the bombing of maternity hospitals and centers of culture, and the forced displacement of millions of people makes the war in Ukraine a profound moral issue. I met with Ukrainian refugees in Poland — women and children who were unsure what their lives would be, and whether the loved ones who stayed behind in Ukraine would be OK. No person of conscience could be unmoved by the devastation of these horrors.

Standing by Ukraine in its hour of need is not just the right thing to do. It is in our vital national interests to ensure a peaceful and stable Europe and to make it clear that might does not make right. If Russia does not pay a heavy price for its actions, it will send a message to other would-be aggressors that they too can seize territory and subjugate other countries. It will put the survival of other peaceful democracies at risk. And it could mark the end of the rules-based international order and open the door to aggression elsewhere, with catastrophic consequences the world over.

Americans will stay the course with the Ukrainian people because we understand that freedom is not free. That’s what we have always done whenever the enemies of freedom seek to bully and oppress innocent people, and it is what we are doing now. Vladimir Putin did not expect this degree of unity or the strength of our response. He was mistaken. If he expects that we will waver or fracture in the months to come, he is equally mistaken.