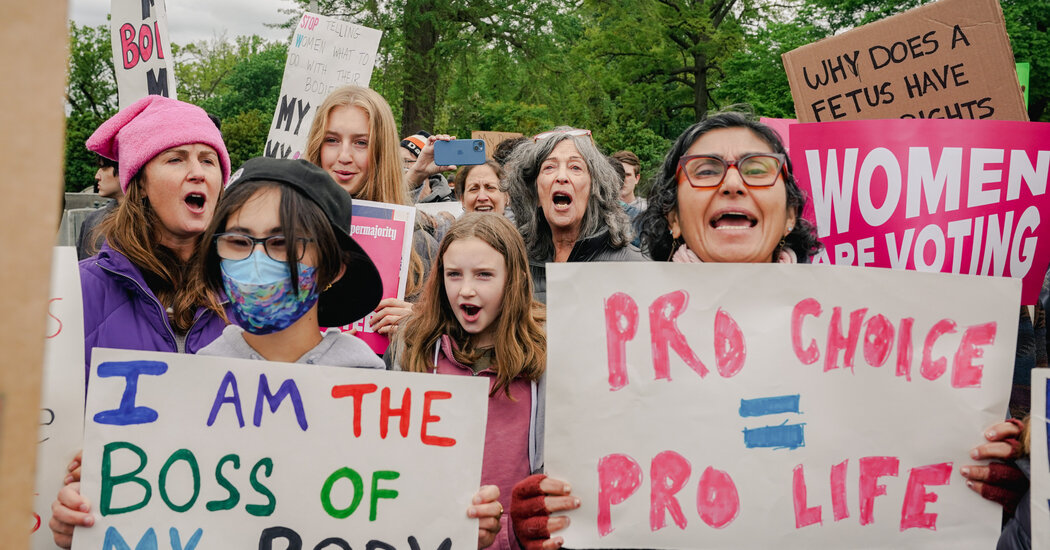 
But, Alito might say, if voters do not want their states to ban abortion, then they can elect representatives who will then take steps to protect it.

That’s not so simple. Thanks to Alito’s own votes and opinions (and those of his conservative colleagues) in Shelby County v. Holder, Rucho v. Common Cause and Brnovich v. Democratic National Committee, state legislatures have nearly free rein to restrict voting, gerrymander in a hyperpartisan fashion and otherwise insulate themselves from democratic accountability.

A pro-Roe electoral majority might exist in Wisconsin, but the state Republican Party has gerrymandered itself into durable control of the legislature; it only needs a minority of voters to win a majority of seats. The same is true in states like Ohio and North Carolina where — according to a New York Times analysis of public opinion data — most adults support Roe.

In other words, there are a number of states — home to tens of millions of Americans — where voters may not actually have the power to elect lawmakers to protect the abortion rights they say they want. If states and state legislatures are supposed to be the place where democracy happens — and that itself is debatable — then these facts are a real challenge for the pro-democracy case against Roe.

Next is the matter of the abortion bans themselves.

Although anti-abortion activists insist that they intend only to penalize providers and clinics, lawmakers in Republican-led states have already introduced bills that would criminalize patients as well. But even if that weren’t the case, there’s simply no way to enforce an abortion ban without the state intruding deeply into women’s lives.

Think about what it would take to establish that someone had an illegal abortion. The state and its agents would need access to everything from search results, call histories, text messages and medical records to bank statements, social media posts and location data. It would need to turn its attention to anyone who may have helped, friends and family included. (To this point, the Texas bounty law extends legal liability in exactly this manner.)

The state would need to treat the womb — any womb — as a potential crime scene, with anything other than a healthy birth as evidence of a possible crime. A miscarriage or stillbirth would have to invite the same scrutiny as an abortion. There is no other place a total ban can go. Indeed, this kind of scrutiny is already part of daily life for many women, especially those who are either poor, nonwhite or both. The criminalization of pregnancy is not new, but it is poised to get much worse.