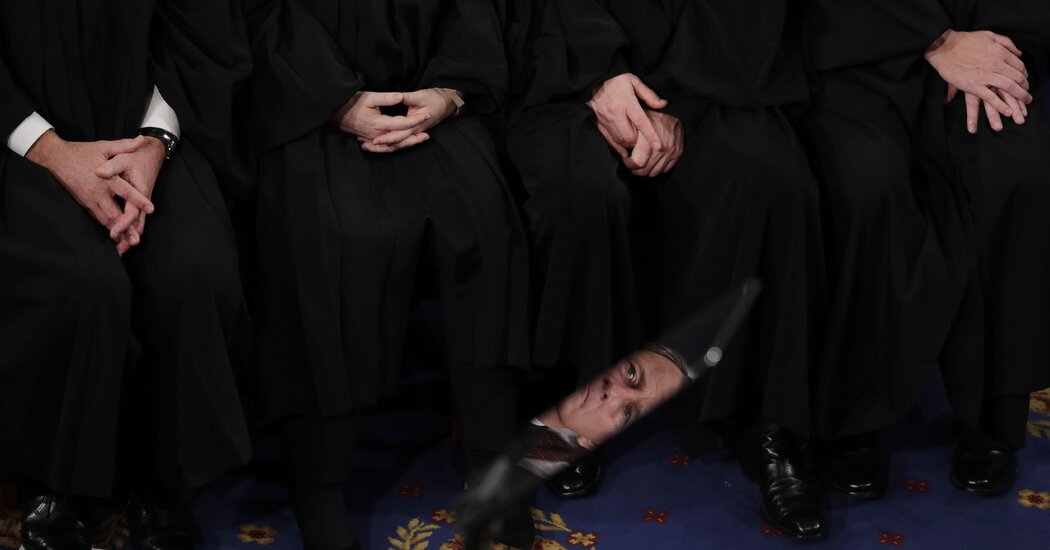 
This is partly a matter of stare decisis, but not just that. As conservatives, you are philosophically bound to give considerable weight to judicial precedents, especially when they have been ratified and refined — as Roe was by the 1992 Planned Parenthood v. Casey decision — over a long period. The fact that Casey somewhat altered the original scheme of Roe, a point Justice Alito makes much of in his draft opinion, doesn’t change the fact that the court broadly upheld the right to an abortion. “Casey is precedent on precedent,” as Justice Kavanaugh aptly put it in his confirmation hearing.

It’s also a matter of originalism. “To avoid an arbitrary discretion in the courts,” Alexander Hamilton wrote in Federalist No. 78, “it is indispensable that they” — the judges — “should be bound down by strict rules and precedents, which serve to define and point out their duty in every particular case that comes before them.” Hamilton understood then what many of today’s originalists ignore, which is that the core purpose of the courts isn’t to engage in (unavoidably selective) textual exegetics to arrive at preferred conclusions. It’s to avoid an arbitrary discretion — to resist the temptation to seek to reshape the entire moral landscape of a vast society based on the preferences of two or three people at a single moment.

Just what does the court suppose will happen if it votes to overturn Roe? Ending legalized abortions nationwide would not happen, so pro-lifers would have little to cheer in terms of the total number of unterminated pregnancies, which has declined steadily, for a host of reasons, with Roe and Casey still the law of the land.

But the pro-lifers would soon rediscover the meaning of another conservative truism: Beware of unintended consequences. Those include the return of the old, often unsafe, illegal abortion (or abortions in Mexico), the entrenchment of pro-choice majorities in blue states and the likely consolidation of pro-choice majorities in many purple states, driven by voters newly anxious over their reproductive rights. Americans are almost evenly divided on their personal views of abortion, according to years of Gallup polling, but only 19 percent think abortion should be illegal under all circumstances.

It shouldn’t be hard to imagine how Americans will react to the court conspicuously providing aid and comfort to the 19 percent. You may reason, justices, that by joining Justice Alito’s opinion, you will merely be changing the terms on which abortion issues get decided in the United States. In reality, you will be lighting another cultural fire — one that took decades to get under control — in a country already ablaze over racial issues, school curriculums, criminal justice, election laws, sundry conspiracy theories and so on.