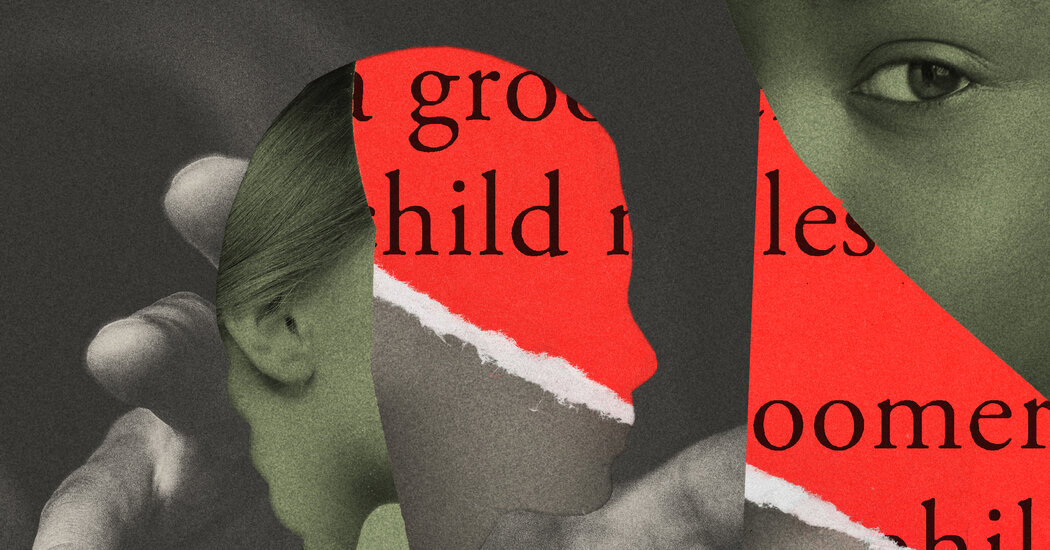 The poet and author Maya Angelou was raped by her mother’s boyfriend at age 7. Days after she reported her abuser, he was found dead. The experience was so traumatic that she refused to speak for nearly five years. Finding and sharing words is excruciatingly challenging for all survivors, but especially for children.

In her new book, “The Trayvon Generation,” the poet Elizabeth Alexander writes: “For all of us, language is how we say who we are and we cannot solve our problems without it.” Terms like child molester are not the only ones fraught with conflict these days, but the stakes with these words are higher than most. The victims are children who cannot fight back. Words, in this case, are the mechanism of action. A child in danger cannot find safety if the language we use to define abuse is diluted. Language is also what helps survivors find some semblance of healing; it’s our only way out.

Trauma of any kind, but especially childhood trauma, is splintered and stored in the brain in fragments. The memories are often so overwhelming that they simmer under the surface for years, creating chaos in the body and a sense of unrelenting threat.

For me, this manifested as the visceral desire to hide under desks and tables when the television screens in my office broadcast the testimony of gymnasts who had suffered abuse at the hands of Larry Nassar. It appeared as the inability to hear when I was stressed, because of the way my reflexes were trained to block out sound. It appeared as the inability to be in an intimate relationship without panic attacks or dissociation. And it appeared as a chronic and pervading distrust of authority that has followed me ever since.

Only in constructing language around my experience could I access help, release myself from a long-harbored and isolating secret, and create a narrative that put the disparate pieces of my trauma back together. I finally have ownership over my experiences, and therefore my life. I can see a future for myself that I once could not, one that is free of harmful physical and emotional reactions and full of meaningful relationships.

No anti-LGBTQ education bill, book ban or health care ban, would have prevented my abuse or helped me in its aftermath. What could have helped me was comprehensive sexual education in which I would have been taught age-appropriate language around consent, like “good touch” and “bad touch.” That language would have also helped me understand that what happened to me was wrong and that it was not my fault, ideas that I have grappled with since that day and have still not settled all these years later.

One in four girls and one in 13 boys will endure sexual abuse before their 18th birthday. That is far too many children to sacrifice for the sake of salacious political rhetoric.