RPNEWSPAPER
Home Opinion Opinion | How Worried Should You Be About Monkeypox? 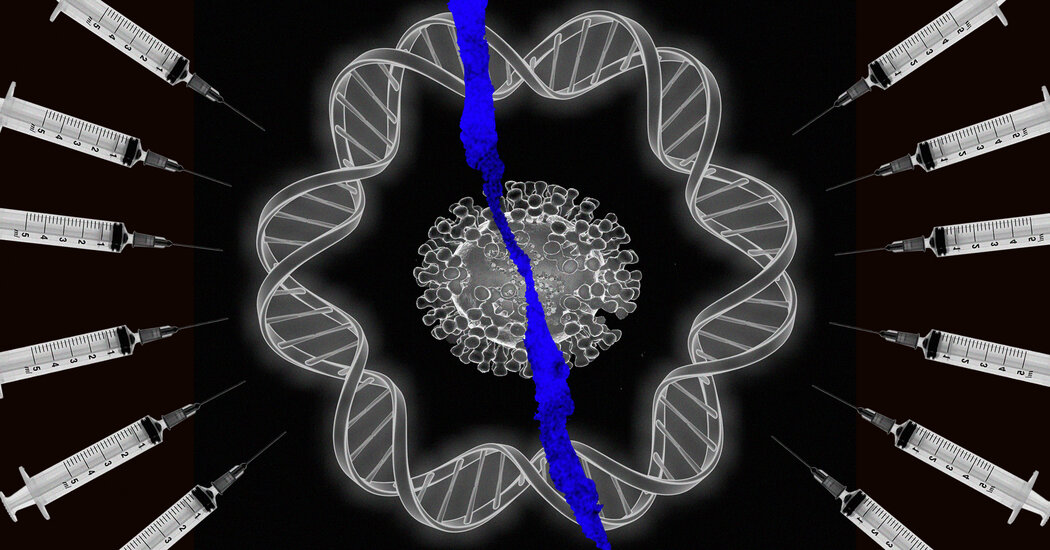 This article is part of the Debatable newsletter. You can sign up here to receive it on Wednesdays.

On May 22, when President Biden described the global outbreak of monkeypox, a close but less lethal relative of smallpox, as a phenomenon that “everybody should be concerned about,” 109 cases had been confirmed in 14 countries outside those where the virus typically circulates, including the United States. By May 31, those numbers had grown to just over 600 confirmed cases in 26 countries.

The World Health Organization, choosing an adjective less clarifying than one might wish, described the outbreak’s risk to global public health as “moderate.” But by one definition that the W.H.O. used to use, the former Times science reporter Donald McNeil Jr. argues, “monkeypox already is a pandemic.”

How does the threat of monkeypox differ from that of the coronavirus, which questions about it still need answering, and what should be done now to contain it? Here’s what people are saying.

What scientists think they know

First discovered in laboratory monkeys in 1958, monkeypox had until recently caused fewer than 19,000 cases in humans since 1970, primarily in Central and West Africa. In past outbreaks, people often caught the virus by coming into close contact with infected rodents.

What makes this outbreak different is that there appears to be transmission occurring between people with no history of travel to endemic regions nor any obvious contact with people or animals known to be infected, suggesting community spread that is going undetected.

What monkeypox looks like: Monkeypox symptoms appear on average within seven to 14 days of exposure, but can take up to three weeks, according to the Centers for Disease Control and Prevention. The disease typically begins with a fever, headache, muscle aches, back pain, chills, exhaustion and swollen lymph nodes. Within one to three days of symptom onset, patients develop rashes that progress into painful lesions and pustules lasting roughly two to four weeks before they scab over and fall off.

While one type of monkeypox has been observed to have a case fatality rate as high as 10.6 percent, the type in global circulation now is the less lethal one, with a case fatality rate closer to 1 percent to 3.6 percent. As Ed Yong points out in The Atlantic, those rates were found in largely poor, rural populations and would most likely be lower in higher-resource settings. As Covid has underscored, though, an illness doesn’t have to be fatal to be destructive to individual and public health.

How monkeypox differs from Covid: Unlike the coronavirus, whose genome consists of single-stranded RNA, monkeypox is a double-stranded DNA virus. DNA viruses tend to be larger and more complex, and they have conventionally been thought to evolve much more slowly.

In addition to having a longer incubation period than the coronavirus, monkeypox — at least as observed in past outbreaks — seems significantly less contagious than recent coronavirus variants, but just how contagious this type of monkeypox is has not been determined.

Public health officials do not believe that people transmit the virus without displaying symptoms, according to Jennifer McQuiston, deputy director of the C.D.C.’s Division of High Consequence Pathogens and Pathology. Still, she said, more research on the question is needed.

How monkeypox is treated: Although there are several treatments for smallpox that could prove effective at managing monkeypox, none have been thoroughly studied for that purpose in humans.

There are, however, two vaccines for smallpox that provide cross-protection, including one with much less severe side effects that was approved in the United States in 2019. (Older people who were inoculated may still be immune.) Unlike the coronavirus vaccines, smallpox vaccines can prevent the onset of disease if administered within four days of infection.

Neither vaccine is widely available to the public, though some European countries are recommending vaccination for people with direct exposure. At least four U.S. states are also offering vaccines to at-risk contacts; cases have been reported in nine.

What we don’t know

Why now? Given that monkeypox has been around for decades, scientists are racing to determine what’s behind its newly global spread: some combination of human behavioral change and bad luck or, potentially more concerning, viral evolution.

Answering that question is complicated by the size of the monkeypox genome, which makes it harder to analyze than the coronavirus: As Max Kozlov reports in Nature, researchers are still trying to pin down which genes are responsible for the fatality-rate discrepancy between the two types of monkeypox more than 17 years after its discovery. Research has also been hobbled by a lack of interest and funding despite warnings of monkeypox’s growing epidemic potential.

A preliminary sequencing suggests that the virus now in circulation has undergone 47 nucleotide changes since about 2018, far more than the expected rate of one to two per year. Trevor Bedford, a virologist at the Fred Hutchinson Cancer Center in Seattle, said on Twitter that it’s “unclear” whether “there’s any genetic component that would facilitate human-to-human transmission of the current outbreak viruses compared to previous human outbreaks of monkeypox, but these ~47 mutations suggest at least potential for this to be the case.”

Other explanations point to the resurgence in air travel this year, as well as to the longer-term decline in vaccination for smallpox, which was eradicated in 1980. As one recent journal article documented, both the number of cases and the median age of patients have increased over the decades, consistent with the vaccine-discontinuation thesis.

“Maybe a random series of mutations in the last few months set this all off,” Jo Walker, a researcher at the Yale School of Public Health, told Wired. “Or maybe our luck ran out, and it took until now for a monkeypox case to make its way to a major population center, get on an airplane and kick-start an outbreak without hitting a dead end.”

Is monkeypox sexually transmitted? A majority of confirmed cases in this outbreak so far have been identified in men who have sex with men, according to the World Health Organization, potentially tracing back to a Pride event in the Canary Islands and a sauna in Madrid.

Is it airborne? Monkeypox is known to spread through skin-to-skin contact, contaminated materials like clothing and bedding, and respiratory droplets, but whether it can linger in the air remains unclear. Luis Sigal, an expert in poxviruses at Thomas Jefferson University in Philadelphia, told The Times that because monkeypox is larger and heavier than the coronavirus, it would not be able to travel as far in the air.

But Linsey Marr, an expert in airborne viral transmission, disputed that theory on Twitter.

“I’ve seen a lot of people writing as if everything we know about monkeypox is definitive and finalized, but the reality is that it is still a rare zoonotic infection,” Boghuma Kabisen Titanji, a physician at Emory University, told Yong. “We can’t use what happened with previous monkeypox outbreaks to make sweeping statements. If we’ve learned anything from Covid, it’s to have humility.”

What needs to be done

Public health officials and others seem broadly optimistic that the current outbreak can be halted in a way that the coronavirus pandemic now cannot be. “We have the pharmacological tools, in combination with the classic isolation and quarantine procedures that have helped contain monkeypox outbreaks in the past,” Angela Rasmussen, a virologist at the Vaccine and Infectious Disease Organization at the University of Saskatchewan, told The Times. “We can contain it again.”

A necessary first step is to make testing for the disease much more widely available, the public health experts James Krellenstein, Joseph Osmundson and Keletso Makofane argue in The Times. In the United States at the moment, monkeypox can be tested for only through a cumbersome process that runs through the C.D.C. headquarters in Atlanta.

“We cannot stop transmission of a disease we can’t see,” the authors write. “Even if widespread testing is ultimately not needed, the cost of being prepared is low, and the risk of being caught off guard is high.”

Particularly as Pride month begins in the United States, the authors also argue that health officials should be making bolder interventions to raise awareness of the disease and expand vaccine availability among men who have sex with men, much as was done to contain a bacterial meningitis outbreak in New York City a decade ago.

The historian Jim Downs agrees: By emphasizing that monkeypox is not a gay disease — a much-needed correction to the stigmatizing rhetoric that defined the early years of the AIDS crisis — “health agencies and news outlets are putting gay men at risk unless they prioritize them for interventions such as public-awareness campaigns, vaccines, and tests,” he argues in The Atlantic.

Not everyone is confident that the threat of monkeypox will recede. Even if the current outbreak is contained, Kazlov of Nature notes that virologists are concerned that the virus will find new reservoirs in animals, increasing the probability of its being transmitted to people again and again around the world.

That is a risk that the European C.D.C. has assessed as “very low,” but it’s one that some countries seem to be preparing for: Bavarian Nordic, the manufacturer of the smallpox vaccine that the United States approved in 2019, told Politico that it is receiving calls from “many, many countries” seeking to purchase its shot.

Do you have a point of view we missed? Email us at debatable@nytimes.com. Please note your name, age and location in your response, which may be included in the next newsletter.

“Monkeypox may have been circulating in U.K. for years, scientists say” [The Guardian]