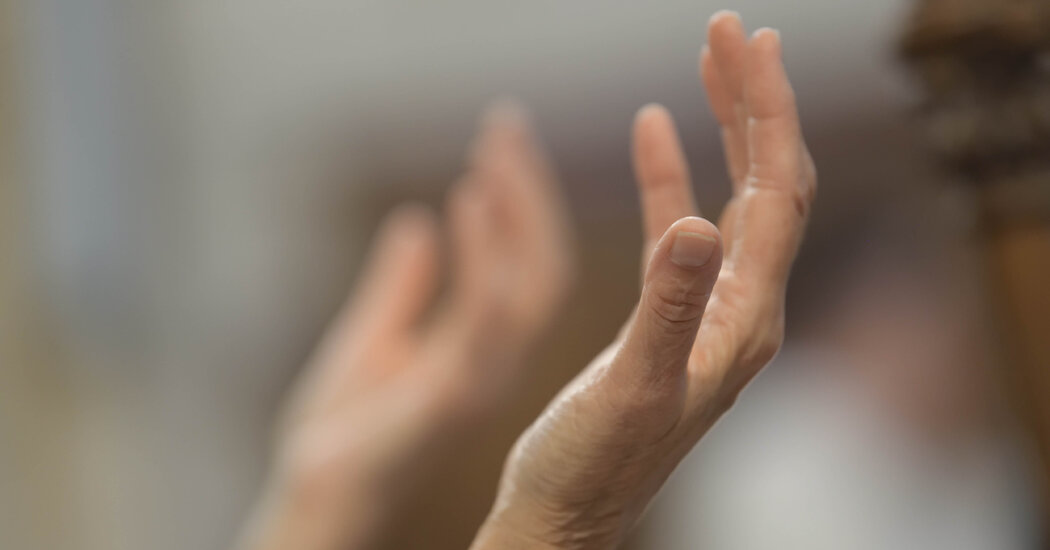 
The world is awful at the moment. Millions have died of Covid-19. Authoritarianism is on the rise, abroad and at home. And now there’s war, with all the death, destruction and dislocation that entails.

In dark times, many people seek refuge in religion. They hold fast to their faith.

But darkness also drives many people away from God. My older son, Rex, is one of them. He’s studying for his bar mitzvah, but he doesn’t believe in God. He told me that one day, when we were taking a walk.

“If God was real, he wouldn’t let all those people die.” He was talking about the pandemic, but he could have been talking about the killing of civilians in the Kyiv suburb of Bucha or any number of other atrocities he’s been exposed to in his short life.

“God is supposed to care about us,” Rex said. “That doesn’t seem like something you’d let happen if you cared — and could stop it.”

This is the “problem of evil.” It’s an old philosophical question. Rex had never heard of it, but it’s not uncommon for kids to rediscover ancient arguments on their own. They’re thinking the world through. And if you think about God (who’s supposed to be all-powerful and endlessly empathetic), the existence of evil poses a serious puzzle: Why does God let us suffer?

People have proposed many answers, but most are poorly reasoned. For instance, some say that good requires evil — that it can’t exist without it. It’s not clear why that would be true. But the bigger problem is that if you take that view, you call into question God’s omnipotence. It turns out there’s something God can’t do: create good without evil.

But also: If good requires evil, maybe just a little bit would do. Is absolutely every evil in the world essential? Why can’t we have a world that’s just like this one — except without that twinge of pain I felt last Tuesday? What kind of God can’t soothe my sciatica? My physical therapist, Tony, makes my back feel better, and he doesn’t even claim to be a deity.

He is a hero, though (at least to me). And some say that’s why God allows evil in the world. He doesn’t care about pleasure and pain. He cares about what pleasure and pain make possible — compassion, redemption and heroic acts, like Tony mending my back. To get those goods, though, God has to give us free will. And once we have it, some of us abuse it.

This is, historically, the most influential answer to Rex’s question. But I don’t buy it. Why can’t God create only those people who would use their free will well? Why can’t he wave Paul Farmer through and keep Vladimir Putin out? He knows in advance how each of them will act — if he’s really omniscient.

Some believers feel the force of these arguments, but maintain their faith nonetheless. Marilyn McCord Adams, a philosopher and Episcopal priest, doubted that we could explain the existence of evil. But that didn’t bother her. A 2-year-old child, she explained, might not understand why his mother would permit him to have painful surgery. Nevertheless, he could be convinced of his mother’s love by her “intimate care and presence” through the painful experience.

For those who feel the presence of God or have faith that they will feel it later, I think Ms. Adams’s attitude makes some sense. But if I’m honest, it sounds too optimistic to me.

I’m with Rex. I think the problem of evil poses a serious barrier to religious belief.

Still, Rex continues to study for his bar mitzvah. Why?

Before Rex came along, I struggled to account for my own religious practice. I don’t believe in God, so why do I fast on Yom Kippur and observe Passover? It’s just what we Jews do, I might have said; it keeps me connected to a community that I value.

I’d still say that, I suppose. But when Rex was 4, he reframed my view of religion. One night, I was cooking dinner, and he asked, “Is God real?”

“I think that for real God is pretend and for pretend God is real,” Rex announced.

Philosophers have a name for this sort of view. They call it “fictionalism.” Suppose I say, “Dumbledore teaches at Hogwarts.” If that was a claim about this world, it would be false. Hogwarts doesn’t exist here, and neither does Dumbledore, so he can hardly teach there. But they do exist in a different world — the fictional world that Harry Potter lives in. The sentence “Dumbledore teaches at Hogwarts” is true in that fiction.

But I think Rex was right — and onto something important: For real, God is pretend, and for pretend, God is real. I am a fictionalist about God.

Our family recently switched synagogues. At the old one, the service was mostly in Hebrew, and I don’t speak much Hebrew. I know how to say all the prayers; I just don’t know what most of them mean. So at synagogue, I would sing along and let the words wash over me. I liked that.

At the new synagogue, we sing a lot of the same songs and say a lot of the same prayers. But we say many more of them in English. And I find that almost intolerable. It turns out, I like my religion inscrutable.

I just don’t believe the stories that we tell. And hearing them in English forces me to confront that, over and over again.

Still, I pretend. And I don’t plan to stop. Because pretending makes the world a better place. I learned that from my kids too — Rex and his younger brother, Hank.

Pretending blurs the boundaries between this world and the ones we imagine. It breathes life into stories, letting them shape the world we live in. Just think of the delight kids take in Santa Claus, even those who know, deep down, that he’s not real. Or the way they lose themselves in play. Pretending makes the world more magical and meaningful. And it’s not just for kids.

When it feels like the world is falling apart, I seek refuge in religious rituals — but not because I believe my prayers will be answered. The prayers we say in synagogue remind me that evil has always been with us but that people persevere, survive and even thrive. I take my kids so that they feel connected to that tradition, so that they know the world has been falling apart from the start — and that there’s beauty in trying to put it back together.

Soon, Rex will stand before our congregation and pray to a God he can’t quite believe in. It will be a magical morning, and for that moment, at least, we’ll transcend the troubles of the world.

Scott Hershovitz (@shershovitz) is a professor of law and a professor of philosophy at the University of Michigan. He is the author of the forthcoming book “Nasty, Brutish, and Short: Adventures in Philosophy With My Kids,” from which this essay is adapted.

Opinion | The Right Weaponizes America Against Itself

Moms are the only ones helping moms

Opinion | ‘Racism’ Has Too Many Definitions. We Need Another Term.