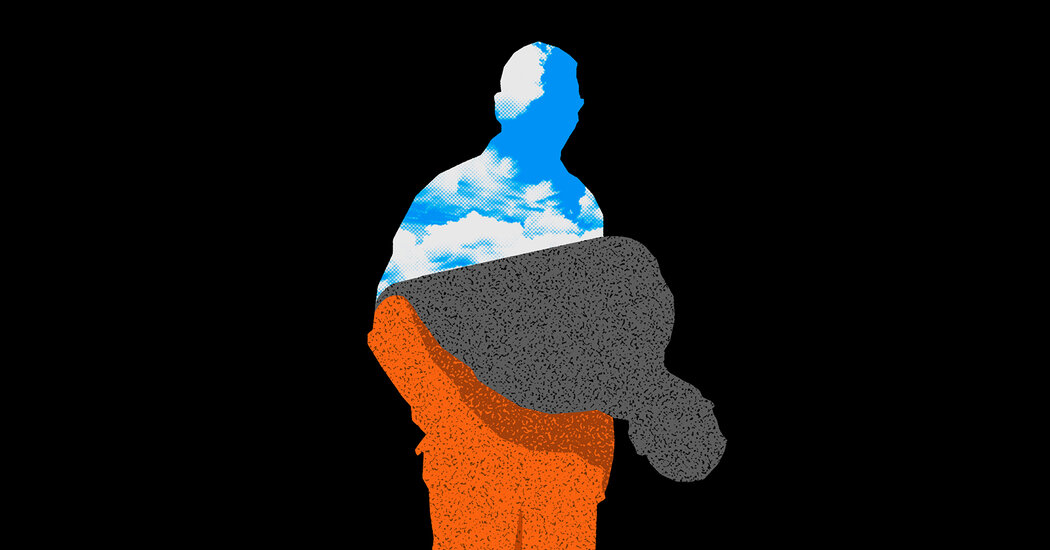 
A few cells down from me is Franklin McPherson, 35, who is the president of the Lifers and Long-Termers Organization at Sullivan Correctional Facility. Mr. McPherson is N.C.A.A.-basketball tall. At 20, he wasn’t a criminal, but he did feel lost. One night in 2007, he drove drunk and killed a man in a head-on collision on a Long Island road. When he woke up in a hospital jail wing, paralyzed and with face burns from the airbag explosion, he couldn’t remember what he’d done. He received 25 years to life for depraved-indifference murder. In prison, he not only rehabilitated his body, learning to walk again, but also educated his mind, earning a bachelor’s degree with honors from St. Thomas Aquinas College. The college program at Sullivan is sponsored by Hudson Link for Higher Education in Prison, a nonprofit run largely by formerly imprisoned people.

“I took a life, so I deserved to be here,” Mr. McPherson told me. “But at a certain point it’s overkill — I can’t get anything else from corrections. I feel like I was kept alive for a reason, so I know I needed to change my life. But there was never an incentive to do it.” When I shared my reform ideas with Mr. McPherson, he said he wished he could petition the court and show the judge how he’d changed. “We all deserve a second chance,” he said.

Still, not everyone in prison has the interest or intellectual capacity to go to college or learn a vocation in a technical trade school. Prisons should provide resources and support for inmates, including those with disabilities, who might be on different paths. My neighbor here is James Lorman, 34, a heavyset, tall fellow with short cropped hair, who has a bad habit of appearing in front of my bars with headphones on and yelling, “Hey, what’s up, John!” He has Landau-Kleffner syndrome, or LKS, which affects his speech and social skills.

Recently, he was issued a misbehavior report after being accused of saying something inappropriate to a female corrections officer (Mr. Lorman said he didn’t do it). Days later, I heard a male C.O. yell out, so everyone in the cell block could hear, that Mr. Lorman has a sex crime. The C.O. told him to write 100 times that he will never again disrespect a female staff member. Mr. Lorman can’t read or write. He did better when he was on psych meds, he tells me, but they stopped giving them to him. “I don’t know how to explain it. I don’t adapt too good in the general population,” he told me. He said he hopes he can be transferred to a specialized unit that provides mental health services at another state prison soon.

In addition to investment in education, states desperately need funding to address the mental health crisis in prisons. In 1955, when this country had about half the 330 million people it has today, we had a half million beds on state-run psych wards; in 2016 we had about 38,000. In 2006, a Department of Justice report said 24 percent of people in jail and 15 percent of those in state prisons reported symptoms that met the criteria for a psychotic disorder. And as a nation, we treat 10 of every 11 psychiatric patients housed by the government behind bars.

Prison is just about the worst place to suffer from serious anxiety. The other day I had to give a urine sample as a C.O. watched. I knew in advance that I had to give the sample, and I drank so much water my vision was fuzzy. Every time I felt I had to go, heat swarmed my chest and my heart bounced. After all these years, I’d developed anxiety. The C.O. looked annoyed, but also sad, like he had his own problems. A provision for “shy bladder” allows for you to be alone — but it’s nearly impossible to get the administration to approve it. Others with more serious issues are worse off. But it affects so many of us.

President Biden has been in office for only 16 months, so it’s unfair to compare records. But in spite of all the competing demands before him, he should want this reform, too — not because he was responsible for a lost generation of prisoners, and not because Mr. Obama regrets that he couldn’t get reforms passed. And he shouldn’t just do it to outdo Mr. Trump.

He should want this because it’s the right thing to do.