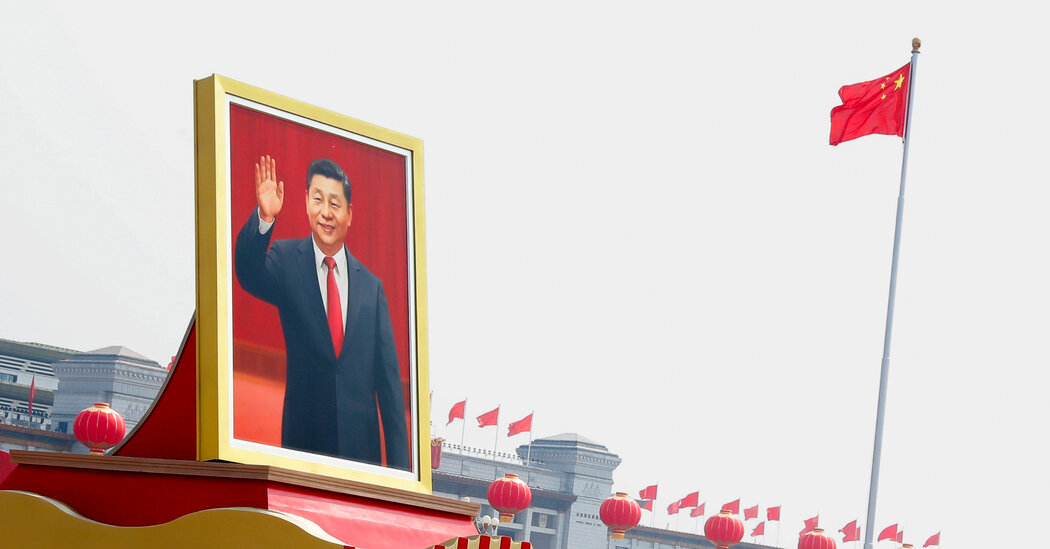 In a speech on Thursday, Secretary of State Antony Blinken revealed the long-awaited outlines of the Biden administration’s official posture toward China. Rather than Vladimir Putin’s Russia, Mr. Blinken said, it is China that represents the most potent and determined threat to the American-championed world order.

Only China, he continued, has “both the intent to reshape the international order” and the power to do so, he said. The United States will seek to rally coalitions of other nations to meet Beijing’s challenge.

The writing had been on the wall. Just days earlier, President Biden pledged to defend Taiwan if China moved to seize the democratically ruled island; he met with regional allies; and his administration proposed a new plan to counter China’s growing economic clout in Asia.

But the intensifying fixation on China’s potential to disrupt the world order shrinks space for cooperation with Beijing and distracts from the real threat in the world: Russia.

Under Mr. Putin, Russia demolished the Chechen capital of Grozny in 2000, invaded Georgia in 2008, annexed Crimea in 2014 and used its air force in 2015 and 2016 against opponents of Syria’s Bashar al-Assad. His regime has used cyberattacks, brutalized or assassinated domestic opponents and passed laws that impose draconian prison sentences on anyone questioning the state. He launched a brutal invasion of Ukraine and has hinted at possibly using nuclear weapons. Mr. Putin has not just declared his intent to redraw international borders and resurrect the ghost of the former Soviet Union, he has acted on it.

We need to be cleareyed about China, of course. It is without doubt a more powerful potential adversary than Russia on every metric — military, economic and ideological. The Communist Party, under the firm control of Xi Jinping, pursues a form of state-sponsored capitalism that disadvantages foreign companies in the China market and builds up powerful national champions. The primacy of the party trumps rule of law, and free-speech and political rights are harshly suppressed. China’s appalling treatment of its Uyghur minority and suppression of basic rights in Hong Kong have been rightly condemned.

China also spends more on its military than any country besides the United States, which is intended to counter American military pre-eminence in East Asia. Rising nationalism is expressed in the belief that Taiwan must be reunified with mainland China and that the South China Sea is a Chinese lake.

But these issues don’t necessarily make China a threat to American prosperity and security, not unless you believe in every antagonistic word coming from Chinese officials, every war plan devised by its military, and the inevitability of “the Thucydides trap” — the notion that emerging powers will tend toward conflict with established ones. Neither does it follow that any country which does not adhere to liberal democratic norms is a budding threat to the United States. The United States has never based its entire foreign policy on human rights, nor should it; that would be a recipe for endless intervention and conflict globally. And grounding policy on what might happen is an equally slippery slope.

The Communist Party views the United States as an adversary. But it has been willing to engage diplomatically, has repeatedly championed the inviolability of state borders and is not averse to self-interested compromise over issues like trade and climate change. It’s rhetoric over Taiwan has been little more than saber-rattling and appears restrained compared to how the United States has historically treated t Latin America.

Advocates of a new Cold War with China will surely roll their eyes at these assertions. They will say that China has wiggled out of trade commitments, repeatedly violated agreements on climate, used espionage to steal intellectual property, and is building a military designed to inflict harm on the United States and its allies.

But it is logical for an emerging great power like China to make plans for its defense, including potential conflict with the United States. It’s also worth remembering that China is deeply intertwined with the U.S. and global economy. It holds more than a trillion dollars’ worth of American debt in the form of U.S. Treasury securities, benefits from the cumulative effect of U.S. investment in China and needs access to foreign markets. All of these realities shape its behavior just as much as the possibility of a future confrontation with the United States. Russia, by contrast, is constrained only by how far Mr. Putin is willing to go.

Rather than cast China as our next great enemy, American security would be better served by the realization that Russia’s behavior only highlights the ways that China and the United States remain bound to each other despite their tensions. We should nurture rather than endanger these ties, which are crucial for both countries to remain prosperous, stable and secure. We should also not allow our dislike of China’s domestic system to be the basis of how we engage a country whose centrality to the global system is second only to ours.

It’s rarely wise to take on two adversaries at once. Mr. Biden should find new ways to work with China, rather than trying to coerce it to be different. He should take bold steps to tone down the rhetoric, such as lifting Trump-era tariffs on Chinese goods in return for Beijing’s reduced support for Putin. Otherwise, he will miss an opportunity to be a savvy, strategic president rather than one who fights with China at every turn.

Mr. Karabell is the founder of The Progress Network and the author of “Inside Money: Brown Brothers Harriman and the American Way of Power.” He is a former portfolio manager of the China-U. S. Growth Fund with Fred Alger Management.