RPNEWSPAPER
Home Opinion Opinion | Can Nothing Be Boris Johnson’s Fault? 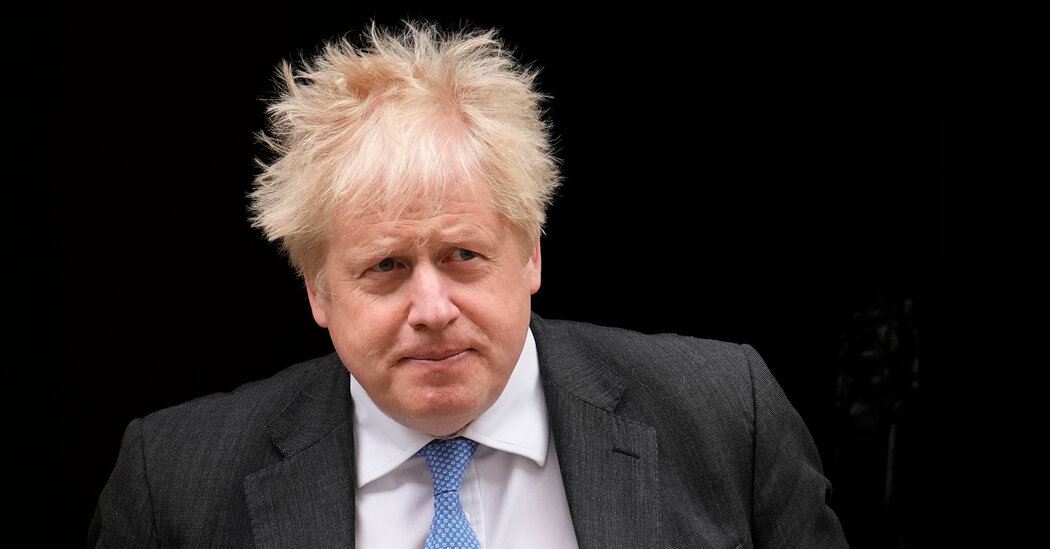 
Now that the disappointing election results are in, will M.P.s wait for the final Gray report to decide whether or not to schedule a vote of no confidence in Mr. Johnson? That they have not already is partly because there is, as yet, no obvious successor. Rishi Sunak, the chancellor of the Exchequer, was until recently considered the most likely candidate because he is tidy, while Mr. Johnson often resembles a kitchen mop. In Britain we like a barman, then a bishop for prime minister. But Mr. Sunak’s star has fallen: He was found to have held on to his U.S. Green Card long after he’d become a member of Parliament, and his wife, who is the daughter of a billionaire, was revealed to have a special tax status and pay no tax on her worldwide income in England. This did not play well with voters, whose taxes Mr. Sunak had just raised.

Liz Truss, the foreign secretary, another likely contender, has been channeling Margaret Thatcher by posing in a tank, but the effort is spoiled almost every time she speaks: In February the Russian foreign minister, Sergey Lavrov, asked her if she accepted Russian sovereignty over Rostov and Voronezh and she said no. Rostov and Voronezh are in Russia.

But even if a successor for Mr. Johnson can be found, it may not be enough to fix the party. The rot may have started at the top, but it is setting in. Mr. Johnson tends to promote nonentities and careerists for fear of challenge, and he does not turn happily to serious topics. His levity and personal immorality set the tone.

This year a Conservative M.P. has resigned after being found guilty of sexually assaulting a teenager; another has been suspended from the party after allegations of sexual harassment and drug use; and three cabinet ministers are among the 56 other M.P.s, from both parties, being investigated for sexual misconduct.

The latest competing scandals, though perhaps no longer by the time you read this, are that Neil Parish, also a Conservative M.P., has resigned after admitting he’d watched pornography twice on his smartphone in the House of Commons. His defense for the first occasion was that he was searching for a combine harvester called the Dominator. (Perhaps the Dominator is the leadership the country needs?) He owns a Dominator — his constituency is rural — and he was looking for it online while attempting to also legislate. He found porn instead and, being a simple man, he watched it. But his “crime — biggest crime — is that on another occasion I went in a second time,” he told the BBC, and added, “I made a huge terrible mistake and I’m here to tell the world.”

Around the time that Mr. Parish was trying to find the Dominator, a British tabloid published an article that cited anonymous Conservative sources and claimed that Angela Rayner, the deputy leader of the Labour Party, strategically flashed her underwear at Mr. Johnson when crossing her legs in the House of Commons to make him lose his train of thought. Ms. Rayner said in a TV interview that the claim was untrue.

And because nothing can ever be this government’s fault, subsidized alcohol (for it is subsidized) in the parliamentary bars is being blamed instead. “You can’t do anything about testosterone,” said Baroness Jenkin, a Conservative member of the House of Lords, who campaigns for more women in Parliament. “You can do something about the booze.” The defense secretary, Ben Wallace, another contender to succeed Mr. Johnson, talks about the bars like they have both consciousness and malice. “My advice to M.P.s is: Avoid the bars,” he told Times Radio. “Finish your day’s work and go home.”