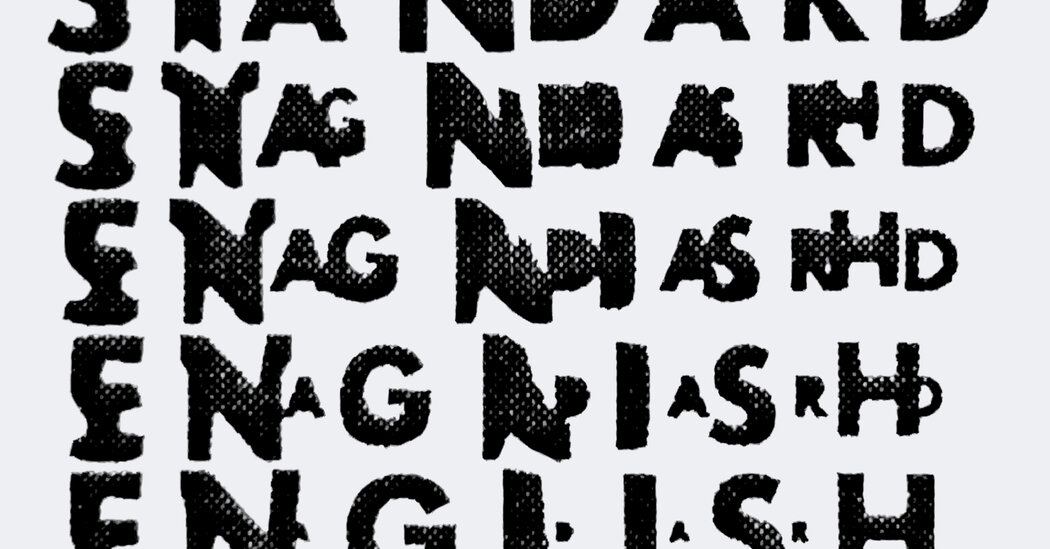 In 1993, English Leadership Quarterly, a publication of the National Council of Teachers of English, published a piece by two Indiana University of Pennsylvania English professors, Donald A. McAndrew and C. Mark Hurlbert, arguing that:

Writers should be encouraged to make intentional errors in standard form and usage. Attacking the demand for standard English is the only way to end its oppression of linguistic minorities and learning writers. We believe this frontal assault is necessary for two reasons: (1) it affords experienced writers, who can choose or not choose to write standard English, a chance to publicly demonstrate against its tyranny and (2) if enough writers do it regularly, our culture’s view of what is standard and acceptable may widen just enough to include a more diverse surface representation of language, creating a more equitable distribution not only of the power in language and literacy but also, ultimately, of the power in economics and politics that language and literacy allow.

Later, as The Washington Times reported in 1995, the N.C.T.E. discussed eliminating “English” from its name. That year, a delegate to its annual convention said, “If we are to offer diversity, there can be a conversation about language arts, but not about English.”

But in the same way that the idea of eliminating references to “English” strikes most as overboard, the idea that for Black people standard English is something wholly apart is simply inaccurate. For most Black Americans, both Black and standard English are part of who we are; our English is, in this sense, larger than many white people’s. In “The Souls of Black Folk,” W.E.B. Du Bois wrote, “I sit with Shakespeare and he winces not … I summon Aristotle and Aurelius and what soul I will, and they come all graciously with no scorn nor condescension.” On a less exalted level, a great many Black people toggle endlessly between standard and Black English, day in and day out — we code-switch. I always liked how Gloria Naylor was able to get this across, as in this scene from her novel “Mama Day”:

“We ain’t staying long,” Ruby says, pulling up a chair. “But I thought it would be nice for us to meet Cocoa’s new husband.”

“Doubly mine,” says Ruby. “And this here is my new husband, Junior Lee.”

In that exchange, the characters aren’t dipping in and out of what they think of as a cold, alien dialect. They are sounding subtly different notes according to which dialect they render each thought or gesture in. Standard English forms are as much theirs as Black English ones.

Communicating in this way, Black Americans are doing what other people do worldwide, living between two varieties of a language. Swiss people’s formal Hoch Deutsch is almost a different language from the Swiss German they speak informally. The Arabic speaker typically controls both the Modern Standard Arabic derived from the language of the Qur’an and used in formal settings and a local dialect used for real life, like Egyptian or Moroccan.

People in these countries and beyond would find familiar Maya Angelou’s observation in “I Know Why the Caged Bird Sings,” couched as completely unremarkable:

In the classroom we all learned past participles, but in the streets and in our homes the Blacks learned to drop s’s from plurals and suffixes from past-tense verbs. We were alert to the gap separating the written word from the colloquial. We learned to slide out of one language and into another without being conscious of the effort. At school, in a given situation, we might respond with “That’s not unusual.” But in the street, meeting the same situation, we easily said, “It be’s like that sometimes.”

To give some credence to those freshman-comp panelists, we might say that Angelou could have turned away from the “That’s not unusual” and that Du Bois could have considered that in real life Shakespeare, Aristotle and Marcus Aurelius might have looked down on him as some kind of “Aethiope.”