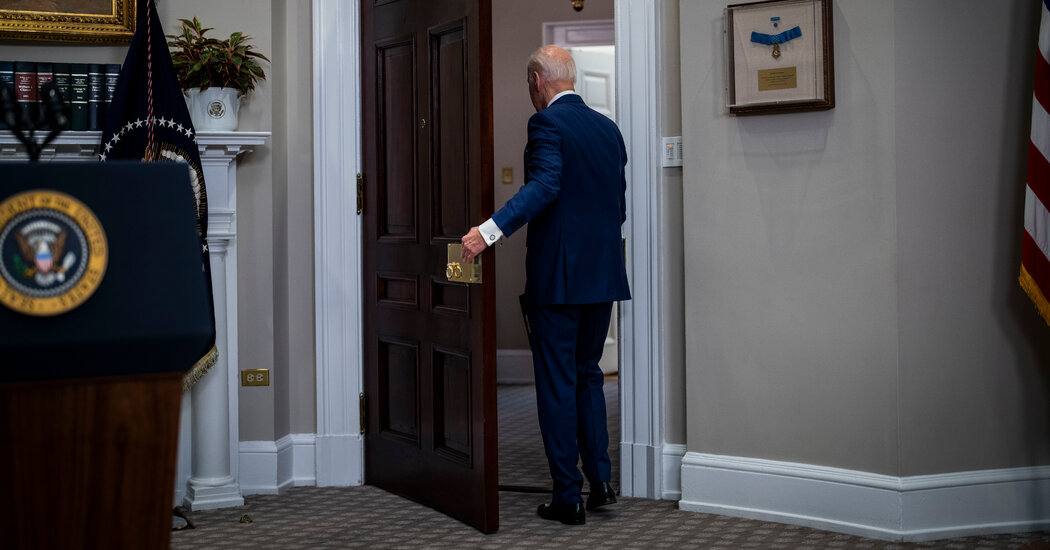 
No president can carry out everything in his party’s platform, of course. But Mr. Biden won’t even repeal policies imposed by the president he defeated and reinstate those of the president he served. And in the case of Iran, that unwillingness is both absurd and dangerous.

It’s absurd because there was no good reason to designate the Islamic Revolutionary Guards Corps as a foreign terrorist organization in the first place. Until Mr. Trump did so in 2019, the designation had never been applied to a foreign military. The corps was already under multiple sanctions. And supporters of Mr. Trump’s move frankly acknowledged that the designation was intended to make it politically painful for any future president to revive the Iran nuclear deal that the Trump administration killed.

Even some commentators who oppose lifting the designation now — because they think doing so would upset American allies like Israel and Saudi Arabia — admit that it does nothing to restrain the Revolutionary Guards. As Matthew Levitt of the hawkish Washington Institute for Near East Policy admitted in March, the designation “is of little practical utility in helping the U.S. government deal with the I.R.G.C.”

The most tangible consequence of designating the Revolutionary Guards as a foreign terrorist organization is that former members are barred from entering the United States. But it’s doubtful many Iranian generals — already facing a raft of other sanctions — are planning American vacations. The people who are likely to be hurt by this are the hundreds of thousands of Iranians who over the decades were conscripted into the Revolutionary Guards, many of whom had little sympathy for the regime they were forced to serve. In March the Pacific Symphony invited a renowned Iranian singer, Alireza Ghorbani, who now lives in Canada, to perform at a concert in Southern California. But he was denied entry to the United States because he was conscripted into the Revolutionary Guards decades ago.

If that’s not bad enough, failing to delist the Revolutionary Guards could, in the worst case, lead to war. Ali Vaez, an Iran expert at the International Crisis Group, predicts that if the nuclear deal is not revived and Iran continues to enrich uranium at its current pace, by this fall it will be mere days away from the capacity to build a nuclear bomb. The closer Tehran gets, the more pressure Mr. Biden will face to launch a military strike or at least to acquiesce if Israel does. “By end of the year,” Mr. Vaez told me, “it will be either Biden’s bomb or Biden’s war.”

A crisis with Iran would undermine the global coalition that Mr. Biden has helped assemble to defend Ukraine. And it would constitute not only a foreign policy disaster. It would constitute a political disaster, too. If Mr. Biden thinks the midterm campaign looks bleak now, imagine the effect on Democratic fortunes if Iran becomes a de facto nuclear power or if that prospect plunges the United States into another Middle Eastern war. By avoiding a political headache now, Mr. Biden is courting an even greater one down the road.

On Iran, the Biden administration wants to play it safe. It can’t. It’s better off simply doing what’s right.

Peter Beinart (@PeterBeinart) is a professor of journalism and political science at the Newmark School of Journalism at the City University of New York. He is also an editor at large of Jewish Currents and writes The Beinart Notebook, a weekly newsletter.