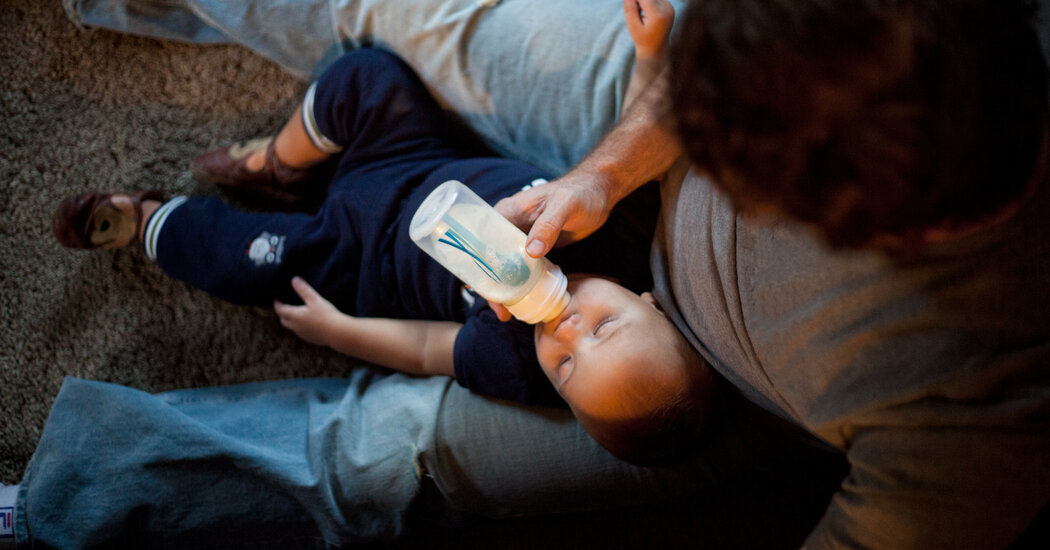 
We’ve been here before. In 2020, I spoke with parents in similar straits, when panic buying emptied shelves of formula, diapers and wipes. Those who were recipients of the Special Supplemental Nutrition Program for Women, Infants and Children, often called WIC, had the most trouble finding what they needed, because each state program sets different limits on the brands, sizes and quantities of formulas that can be purchased. Catie Weimer, whose baby was put on Alimentum, a hypoallergenic baby formula, told me back then that “The way the checks work, if I only find three cans at a store, I can’t get a reimbursement to get an additional can later,” adding, “I find a store with four cans, or I’m just down a can.”

Since the beginning of the pandemic, formula need has increased, according to diaper bank executives from across the country. Cori Smith, the executive director of Sweet Cheeks Diaper Ministry, based in Memphis, told me over the phone that her diaper bank started distributing formula in addition to diaper and period supplies at the beginning of the pandemic. “We listen to our clients when they ask for things, and we kept getting requests, so we thought that was something super needed,” Smith said.

“Some of the clients do get WIC,” she said, “but it’s never enough to get through the month, and we try to be the ones who fill the gap.” Some families start their babies on whole milk too early because they can’t afford formula. When Sweet Cheeks first started distributing formula, Smith said, it was giving out 30 to 50 cans a month; that jumped to 100 to 200 cans a month until this year, when the recall made it nearly impossible to get formula from the bank’s usual providers, and it’s been the worst for families whose babies need specialized formulas. “It’s been a mess. The past three months, we have not had formula to give out,” Smith said.

Holly McDaniel, the executive director of the Austin Diaper Bank, told me, “Usually we give away 400 to 500 cans each month. This month we have eight in stock. Which is devastating.” She suggested that people looking for formula call their pediatricians’ offices if they can’t find formula anywhere else, as they may have a supply. Community clinics may also be an option. She — along with many other experts — wants people to make sure they’re getting formula from a trusted source. Many caution against homemade formula. As Dr. Steven Abrams told The Times’s Catherine Pearson, “The nutrients in homemade formulas are inadequate in terms of the critical components babies need, especially protein and minerals.”

McDaniel added, “There’s so many barriers to living in poverty in general, and it adds to the struggle and the stress. It’s so hard.”