RPNEWSPAPER
Home Opinion Opinion | An America Without Roe v. Wade Will Be a Dark... 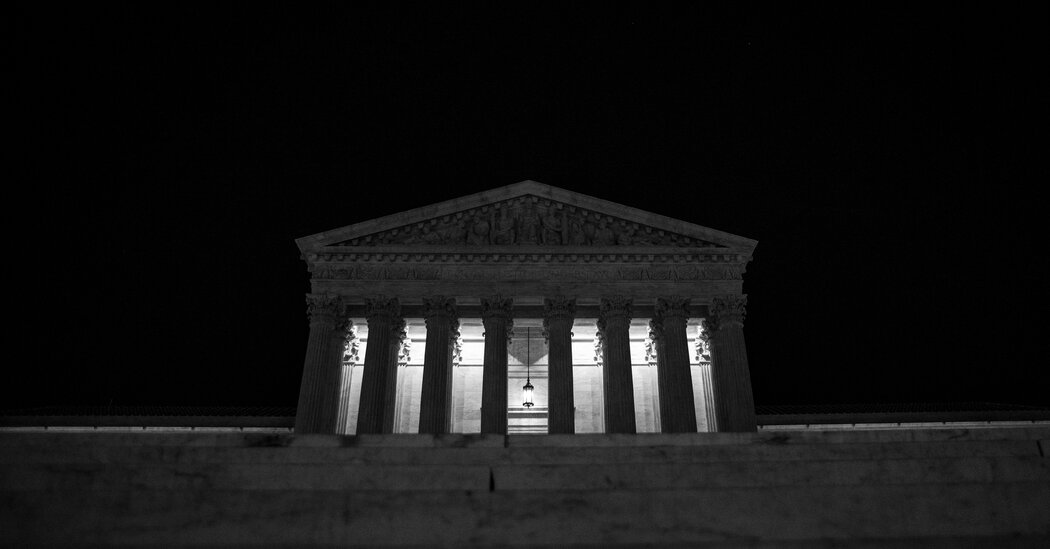 
A 26-year-old Texas woman named Lizelle Herrera was arrested and charged with murder last month following an alleged self-induced abortion. It was only after Herrera spent two days in jail and, amid a national uproar, was released on $500,000 bond that the local district attorney concluded she had committed no crime.

Texas banned most abortions with S.B. 8, the infamous bounty law that went into effect in September — but S.B. 8 is enforced by civil lawsuits, not criminal penalties. Besides, it doesn’t apply to women having abortions, only those who aid them.

The district attorney had jumped the gun. Herrera went free because Roe v. Wade still stood, even in an attenuated condition. Soon, it won’t.

At least, it won’t if the leaked draft majority Supreme Court opinion that Politico published Monday night ends up being issued. (A ruling in the case challenging Roe, Dobbs v. Jackson Women’s Health Organization, is expected sometime in the next two months.) The 98-page document, written by the arch-conservative justice Samuel Alito, is a caustic repudiation of Roe and of the 1992 decision partly upholding it, Planned Parenthood v. Casey.

“Roe was egregiously wrong from the start,” Alito writes in the draft. “Its reasoning was exceptionally weak, and the decision has had damaging consequences.” Chief Justice John Roberts has confirmed that the draft opinion is authentic, but noted that it isn’t final.

Should the decision be handed down as written, states will be able to ban abortion from the moment of conception. As the draft says, laws restricting abortion “must be sustained if there is a rational basis on which the legislature could have thought that it would serve legitimate state interests.” Such legitimate interests, it continues, “include respect for and preservation of prenatal life at all stages of development.” This language could also open the door to bans on forms of birth control, like the pill and the IUD, that can prevent the implantation of fertilized eggs.

Perhaps the court’s ultimate decision will be less extreme, though it’s hard to imagine the conservative justices deciding to soften their language in response to liberal outrage. “We do not pretend to know how our political system or society will respond to today’s decision overruling Roe and Casey,” the draft ruling says. “And even if we could foresee what will happen, we would have no authority to let that knowledge influence our decision.” Protesters will continue to mass at the Supreme Court to denounce the decision, but the draft’s language militates against any hint of capitulation.

So abortion will probably soon be illegal in around half the states. Some women will be forced to give birth against their will. Some will travel to states where abortion remains legal; we can expect waiting times to increase as out-of-state patients pour in. Some will have illegal abortions. Some women will end up in prison. Some, facing pregnancy complications, will see necessary treatment postponed. Some will probably die.

As I’ve written before, post-Roe America will not look like pre-Roe America. Before Roe, women were rarely prosecuted for abortion, though they were sometimes threatened with prosecution to get them to testify against abortion providers. Now, however, we’ve had decades of anti-abortion laws defining fetuses as legal persons. Women accused of harming their fetuses by doing drugs or attempting suicide have already been arrested and in some cases imprisoned.

Roe meant that fetal endangerment and fetal homicide laws didn’t apply to women having abortions. Once it’s gone, women who terminate their pregnancies are likely to be treated as killers.

In the years before Roe, even where abortion was illegal, doctors usually had some latitude to decide when it was justifiable to perform one. “Determining when abortion was necessary — and thus legal — was left to the medical profession,” wrote the historian Leslie Reagan in “When Abortion Was a Crime.”

Today, when the populist right widely distrusts medical and scientific experts, legislatures are giving doctors less flexibility. Several states have passed laws that allow doctors to terminate only pregnancies that imperil a woman’s life or threaten “substantial and irreversible impairment of a major bodily function.” Women with health-endangering pregnancies may thus have to wait until they are in serious distress before getting the care they need.

This is not theoretical; it’s the sort of thing that happens when there are blanket abortion bans. In 2012 in Ireland, a 31-year-old dentist named Savita Halappanavar died of septicemia after developing an infection during a miscarriage; doctors refused to terminate the pregnancy as long as there was fetal cardiac activity. Halappanavar’s death, The New York Times reported, “set off outrage across the country and gave momentum to a growing call for change,” and in a 2018 referendum, Irish citizens voted overwhelmingly to repeal their country’s strict abortion ban.

The best argument for legal abortion is often the real-world effect of abortion prohibitions. But by the time the backlash to such laws generates enough momentum for reform, many women’s lives will be ruined.

For now, women who live in blue states are safe, but that may not last. As The Washington Post reported on Monday, anti-abortion groups and their congressional allies are already planning for a nationwide abortion ban if and when Republicans retake power. All those who can get pregnant, whether or not they think they’ll ever want or need an abortion, would be affected. The 2016 election, which allowed Donald Trump to reshape the Supreme Court, was, among other things, a referendum on women’s equality. Women’s equality lost.