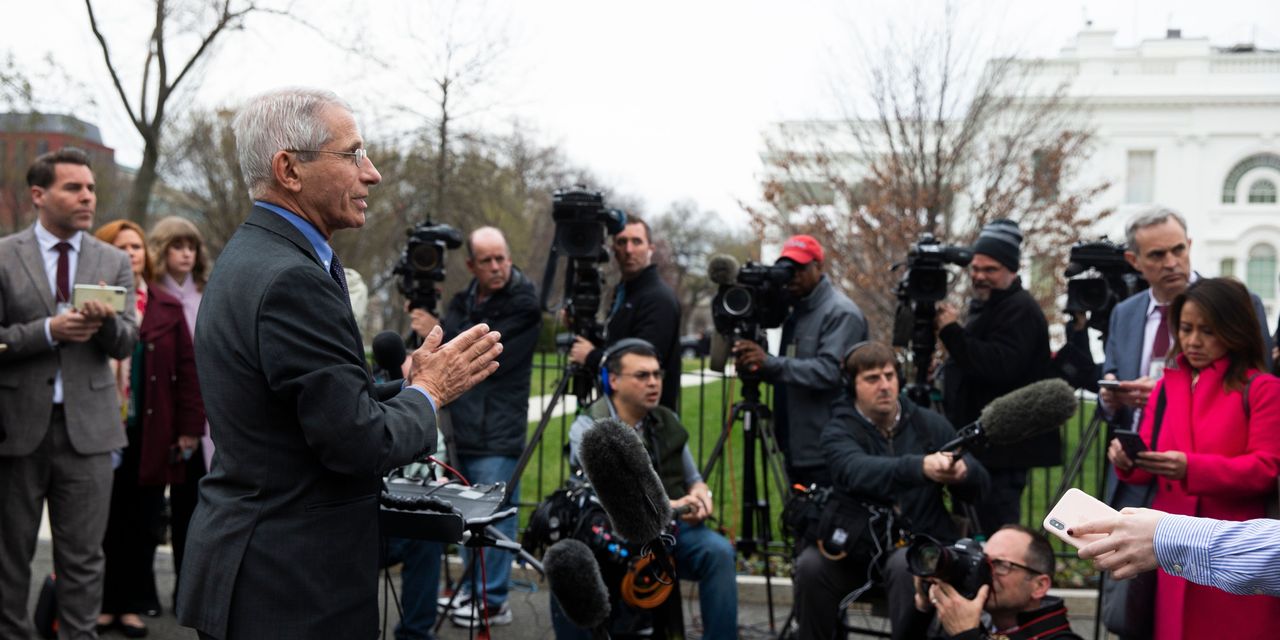 What we eventually learn about the origins of Covid-19 may implicate China’s government in failure and falsehood on a grand scale. But before we get too carried away with the endemic failures of the communist order, we should ponder that the episode has exposed layers of rottenness in critical institutions of American civil society that are similarly damning.

China’s officials may well be culpable of a combination of incompetence, recklessness and deceit. But in an authoritarian regime, they might not have had much individual agency in the matter. In this country, scientists, bureaucrats, journalists and executives of Big Tech companies suppressed the story not out of fear of imprisonment or death, but of their own volition, out of ideological or even venal motives. You may well ask: Whose culpability is greater?

It’s not simply that the lab-leak theory was “debunked,” as news organizations repeatedly told us when anyone tried to raise it a year ago. It wasn’t even permitted to be considered. Discussion of the topic was deliberately extinguished on tech platforms, in the respectable scientific journals and in newsrooms.

Some highly influential figures in the “scientific community” were the first to block serious consideration of the thesis that the viral pathogens escaped from a Chinese government laboratory.

Letters in the Lancet and Nature in the early days of the pandemic from an impressive constellation of experts dismissed the lab-leak idea, and in the case of the former, denounced it as a conspiracy theory.

Thanks to a recent release of emails under the Freedom of Information Act, we now know that some of the scientists dismissing the idea had themselves expressed concerns that the zoonotic explanation they were publicly championing might not be right. We also know that in the case of the Lancet letter, some of the correspondents were involved in similar research and had a strong professional interest in denying the possibility of an engineered virus.

Scientists differ in their methods and conclusions—and do so in good faith. It’s possible some believed there was a genuine scientific basis for rejecting challenges to the official Chinese version of events. But this dismissal of the lab-leak idea is of a piece with the politicization of science that’s been a feature of the last few years. The obsession with debunking anything

said and the fear of being accused of racism undoubtedly colored the judgment of many whose job is to consider only the empirical evidence.

If too many American scientists failed to help us get a proper understanding of the origins of Covid, they seem to have been abetted by like-minded people in the permanent bureaucracy. Emails to and from

uncovered last week show that while there were some genuinely diligent officials determined to get to the truth, too many in positions of power seemed keen to stamp out a proper investigation.

reported in Vanity Fair last week, officials from two separate bureaus in the State Department warned against a proper investigation for fear of opening a “can of worms.”

Again we have good grounds to suspect that officials in a bureaucracy that had already undermined Donald Trump’s presidency with baseless allegations about Russian collusion seemed intent on suppressing any suggestion, however well-supported it might be, that Trump officials might be right about a critical issue of state.

Yet the largest responsibility for the failure to consider in a timely fashion the lab-leak theory lies with the media.

Journalists were once marked by their curiosity. Now the only thing that’s curious about many of them is their lack of curiosity when a story doesn’t fit their priors.

Instead of pursuing the tantalizing suggestion that the official Chinese and World Health Organization account might not be true, they simply signed onto it and dismissed anyone who didn’t as a kook or a xenophobe. Their ideological cousins in Silicon Valley then firmly shut the door on the story by blocking access to articles that didn’t fit the approved version.

In each field—science, government, media and tech—there were surely independent-minded people who did seek the truth. But they were no match for the groupthink and coverup.

It seems increasingly likely that Chinese officials mishandled research and misrepresented and misinformed the public. But they did so under pain of punishment, even death, in a system designed to suppress that kind of information.

In this country, constitutionally protected, free and independent scientists, bureaucrats, journalists and others did the same. What’s their excuse?