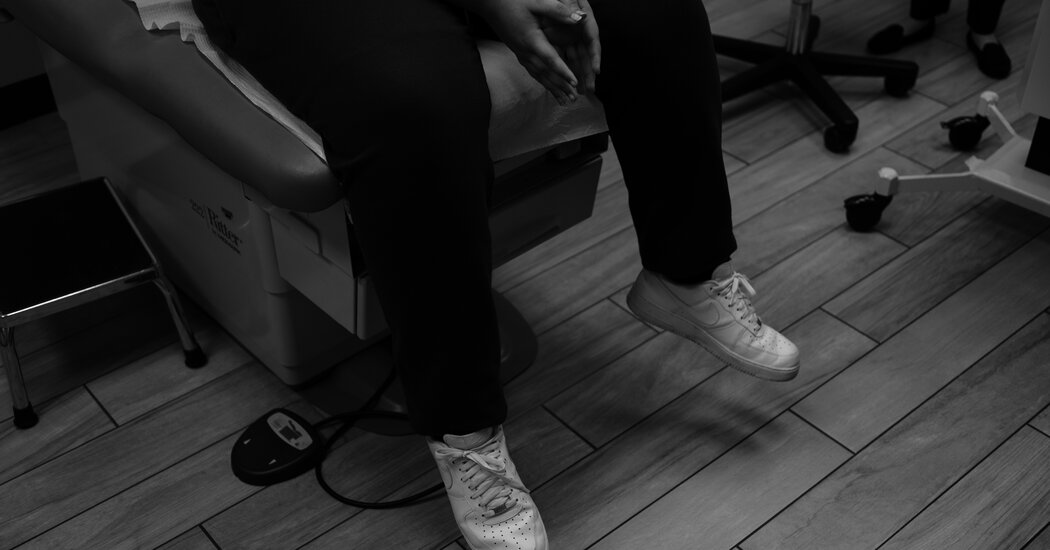 This article is part of a growing chorus of research, an advisory from the surgeon general and calls from the medical field telling us that we need to do more to protect our children’s mental health. It’s past time to heed the call.

The solutions are available: building the mental health work force, ensuring that parents and families are aware of the signs and how to get help, and federal, state and local funding to gain access to mental health care, especially as the nation adopts a new 988 help line this summer.

It will take investment and coordination, but this is a crisis we can and must solve, and it needs to begin now.

Saul Levin
Washington
The writer is C.E.O. and medical director of the American Psychiatric Association.

As the mother of two teenage daughters, I am grateful for your coverage of teens’ mental health. I have observed many of the conditions described in your articles and the accompanying video.

One element that I think was underplayed was the effect of teens’ external environments on their mental health. We are living in the midst of climate collapse. We have to work harder and take on more debt to afford the same things people enjoyed 50 years ago. Our health care system is in shambles, and racial injustice and economic inequality persist unabated.

I wonder what there is for teens to look forward to, and suspect that our brutal world plays into their despair.

Re “Musk Pledges to Reverse Twitter’s Ban on Trump” (front page, May 11):

I am sure Elon Musk has the interests of all Americans in mind when he renews a Twitter account for a man whose every tweet, post and public statement is full of deceitful, disrespectful, self-serving lies.

What could possibly go wrong?

Will Putin Cross a Red Line?

Moscow’s military ineptitude and rhetoric threatening nuclear escalation raise a critical question: Will Vladimir Putin cross a red line that’s held since the Cold War? So far, the answer is uncertain, but the likelihood is extremely low.

Unless you believe that Mr. Putin will risk triggering World War III, Russia is deliberately posturing. It’s a classic strategic gambit: Lay down a marker the opponent has no incentive calling in. Mr. Putin is calculating that threats to play his nuclear card create enough fear to limit Western action shaping the war’s outcome.

Winston Churchill noted: “Fear is a reaction. Courage is a decision.” As the war enters a bloodier phase, the public and American, British and European politicians need the courage and will to ensure that Ukraine wins on the battlefield despite those fears. It’s the only viable option that preserves a democratic Ukraine and holds Russia accountable.

James L. Regens
Nichols Hills, Okla.
The writer is founding director and Regents professor at the University of Oklahoma Center for Intelligence and National Security.

Re “The War in Ukraine, as Seen on Russian TV” (interactive, nytimes.com, May 6):

How ironic that after the fall of Communism and the U.S.S.R., we have the opposite: Russians believing their government and Americans highly suspicious of theirs.

Re “Taxpayers May Foot Bill for Revitalization of Penn Station, Report Says” (news article, May 9):

This story smartly and accurately lays out the shaky financial underpinnings of the state’s plan for the Penn Station area in Manhattan. But the plan has a bigger flaw.

Putting office buildings as the financial foundation is backward. Replacing today’s decrepit station with a grand public space should be the priority, not an afterthought.

Build a better core — station, public space and sports arena — and the developers who want to build office buildings will quickly follow. Private money follows public improvement. Tax revenues then flow. That’s what happened with Bryant Park and the High Line. It can happen again.

I know that this is anecdotal, but in my 40-plus years in medical practice, it was common to hear from patients that they had contracted a respiratory tract infection soon after flying. This does not bode well for passengers not wearing masks as we battle the highly transmissible BA.2 subvariant of Omicron.