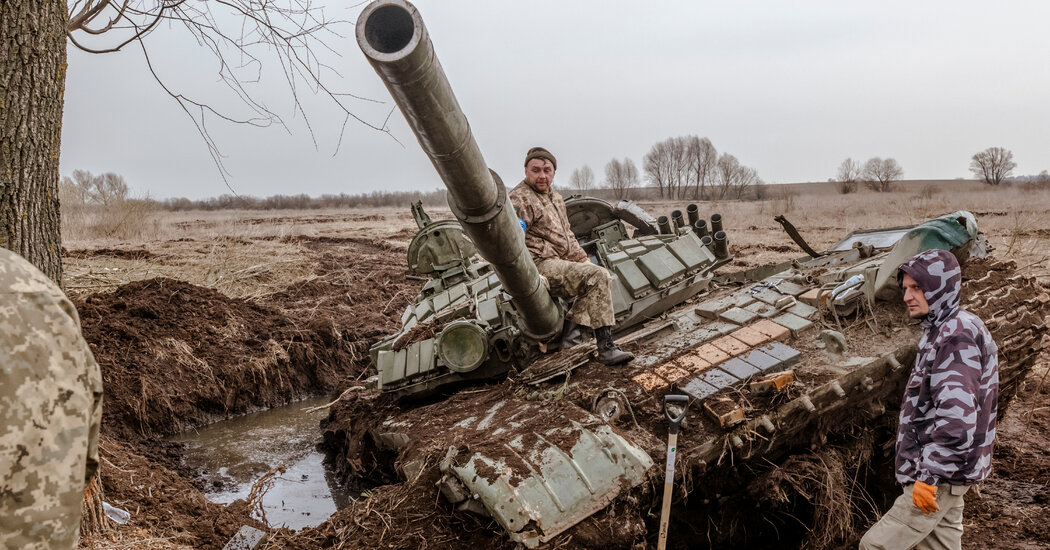 
The war in Ukraine has entered a new phase.

It is no secret that the initial invasion went badly for Russia. Expecting easy victories, the Russian Army inflicted terrible destruction — especially in its shelling of cities — but for the most part failed to take territory outside the southeast of the country. Ukrainian resistance was fierce. After six weeks of war, undermanned Russian forces were made to retreat from Kyiv and its suburbs.

In the hope of winning new victories, Russia has now confined its forces to the south and east of Ukraine. The main battles are taking place in small towns and villages along the Donets River. Russia talks of cutting off the Ukrainian Army from the Donbas, but so far, its forces have made slow progress advancing from the Black Sea coast.

In response, the United States and its allies have also shifted their position. At first, the Western support for Ukraine was mainly designed to defend against the invasion. It is now set on a far grander ambition: to weaken Russia itself. Presented as a common-sense response to Russian aggression, the shift, in fact, amounts to a significant escalation.

By expanding support to Ukraine across the board and shelving any diplomatic effort to stop the fighting, the United States and its allies have greatly increased the danger of an even larger conflict. They are taking a risk far out of step with any realistic strategic gain.

Russia’s more limited focus has proved more manageable for its armed forces. The bloody siege of Mariupol is, for practical purposes, now complete, and Russia has secured the town of Izium while bombarding minor cities. But these advances, which have come at a cost, are limited. The likelihood of Russian territorial advances far from Crimea or the Donbas is now remote.

The shift from general to limited conquest was already a concession on Russia’s part. The Russian leadership has blamed a single factor: It claims to be fighting not just Ukraine but the NATO system in Eastern Europe. Hubris and clumsy tactics are more to the point. Yet there is no denying that the United States, Britain, Poland and other European NATO members have been parties to the conflict from the outset.

It is not just military transports and trucks carrying tens of thousands of antiaircraft and antiarmor weapons to Ukrainian fighters. The United States has also provided real-time intelligence, reportedly including targeting information on the location of Russian forces. Though the Pentagon has disputed the extent of intelligence sharing, leaks have been remarkably revealing. We now know the United States provided the tracking intelligence that led to the sinking of the Moskva, the flagship of Russia’s Black Sea Fleet. More striking still, U.S. intelligence agencies provided critical targeting for battlefield assassinations of Russian generals.

This was already a significant form of participation in the war. But the United States has since shifted its strategy to push Russia further. The early U.S. response to the invasion was simple: Supply the defenders and apply America’s unique financial weaponry to the Russian economy. The new strategy — call it bleed Russia — is quite different. The underlying idea is that the United States and its allies should seek to recover more from the rubble of Kharkiv and Kramatorsk than the survival of Ukraine as a polity or even a symbolic frustration of Russian aggression.

Top officials have made that quite clear. The U.S. secretary of defense, Lloyd Austin, has said the goal is “to see Russia weakened.” The speaker of the House, Nancy Pelosi, said Ukraine is defending “democracy write large for the world.” Britain’s foreign minister, Liz Truss, was explicit about widening the conflict to take in Ukrainian territory annexed by Russia, such as Crimea, when she spoke of evicting Russia from “the whole of Ukraine.” This is both an expansion of the battlefield and a transformation of the war.

Whereas once the primary Western objective was to defend against the invasion, it has become the permanent strategic attrition of Russia. The outline of the new policy began to emerge on April 13, when the Pentagon called a convocation of the eight biggest American arms companies to prepare arms transfers on a grand scale. The result was the pledge made by President Biden on April 28 that the United States would provide four times as much military aid to Ukraine as it had already supplied since the beginning of the conflict — a promise made good by a proposed aid package for Ukraine worth $39.8 billion.

This strategic shift has coincided with the abandonment of diplomatic efforts. Negotiations between Ukraine and Russia were always fraught but contained moments of promise. They have now stalled completely. Russia bears its fair share of responsibility, of course. But European channels to Moscow have been all but severed, and there is no serious effort from the United States to seek diplomatic progress, let alone cease-fires.

When I was in Ukraine during the first weeks of the war, even staunch Ukrainian nationalists expressed views far more pragmatic than those that are routine in America now. Talk of neutral status for Ukraine and internationally monitored plebiscites in Donetsk and Luhansk has been jettisoned in favor of bombast and grandstanding.

The war was dangerous and destructive enough in its initial form. The combination of expanded strategic aims and scotched negotiations has made it more dangerous still. At present, the only message to Russia is: There is no way out. Though President Vladimir Putin did not declare general conscription in his Victory Day speech on May 9, a conventional escalation of this kind is still possible.

Nuclear weapons are discussed in easy tones, not least on Russian television. The risk of cities being reduced to corium remains low without NATO deployment in Ukraine, but accident and miscalculation cannot be discounted. And the conflict takes place at a time when most of the Cold War arms control agreements between the United States and Russia have been allowed to lapse.

A weakened Russia was a likely outcome of the war even before the shift in U.S. policy. Russia’s economic position has deteriorated. Far from a commodity superpower, its undersized domestic industry is struggling and is dependent on technology imports that are now inaccessible.

What’s more, the invasion has led directly to greater military spending in second- and third-tier European powers. The number of NATO troops in Eastern Europe has grown tenfold, and a Nordic expansion of the organization is likely. A general rearmament of Europe is taking place, driven not by desire for autonomy from American power but in service to it. For the United States, this should be success enough. It is unclear what more there is to gain by weakening Russia, beyond fantasies of regime change.

Ukraine’s future depends on the course of the fighting in the Donbas and perhaps the south. The physical destruction of the east is already well underway. Ukrainian casualties are not insignificant; estimates of the number killed and wounded vary widely, but it is certainly in the tens of thousands. Russia has destroyed whatever sense of shared heritage remained before the invasion.

But the longer the war, the worse the damage to Ukraine and the greater the risk of escalation. A decisive military result in eastern Ukraine may prove elusive. Yet the less dramatic outcome of a festering stalemate is hardly better. Indefinite protraction of the war, as in Syria, is too dangerous with nuclear-armed participants.

Diplomatic efforts ought to be the centerpiece of a new Ukraine strategy. Instead, the war’s boundaries are being expanded and the war itself recast as a struggle between democracy and autocracy, in which the Donbas is the frontier of freedom. This is not just declamatory extravagance. It is reckless. The risks hardly need to be stated.