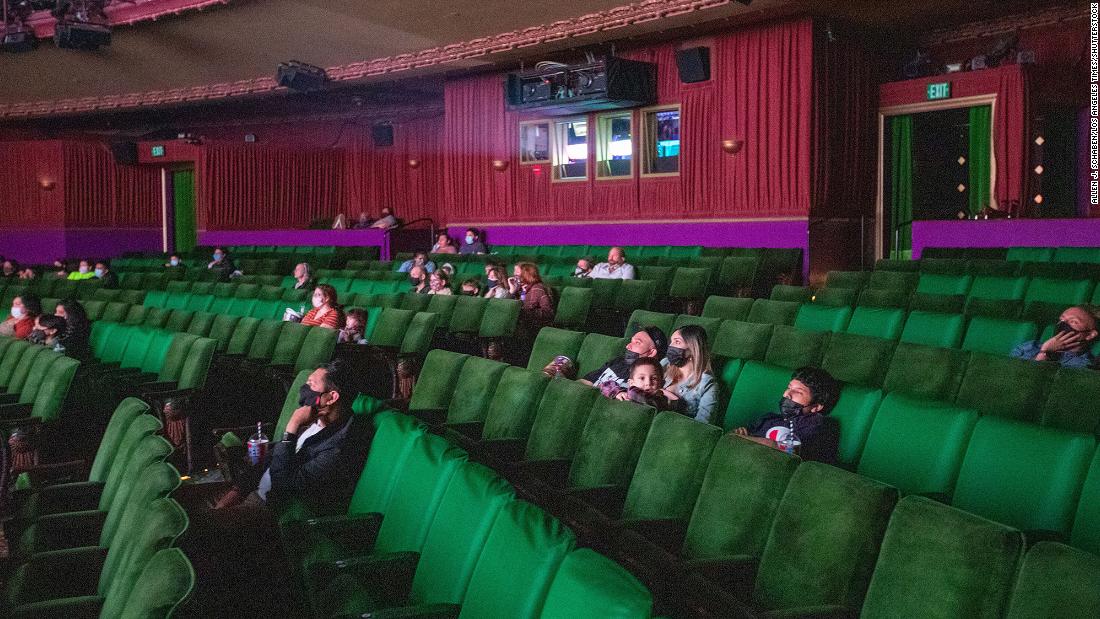 It had been 15 days since I received my second Covid-19 vaccination and 444 days since I was last transported to a different time and place while sitting among strangers. Finally, I was back at the movies.

The pandemic has changed many things. Much was made about coronavirus disrupting or completely killing the theater industry. Multiple people asked me if I thought theaters would simply die out as the shift to streaming accelerated. And while I certainly contributed my share of hours to streaming (I watched exactly 200 movies during my movie theater hiatus), I don’t foresee it ever replacing movie theaters.
Major chains such as AMC, Regal and Cinemark had their scares during the pandemic, but have all come out of it, still in business and ready to welcome audiences back. Hope sprung eternal in late March with “Godzilla vs. Kong” — a film that did better than expected and is currently the biggest hit of the pandemic era, making more than $400 million worldwide. Then “A Quiet Place Part II” took Memorial Day weekend by storm with a $48.3 million debut.

Certainly, a giant screen elevates a big blockbuster (and smaller films, too) in a way that streaming at home can’t. The massive image commands your attention. Slowly but surely, your outside troubles fade away. And as you and others sit in a darkened theater, all focusing on one screen together, you become a community of people trying to engage with the same story all at once. You can’t get that in a living room or on a laptop or a phone, even if you sync up a viewing with friends in other places.

I experienced all of this during my visit to the Walter Reade Theater at the Lincoln Center in Manhattan, only a few subway stops from my apartment. It’s an art house venue that I love — not a single bad seat in the house, and typically showing a lovingly curated roster of films from across the globe and eras. I saw a restored 4K version of “As Tears Go By,” the 1988 debut feature from Hong Kong master filmmaker Wong Kar-wai. It’s about a petty gangster who is falling in love while simultaneously caring for his reckless partner-in-crime.

After so many months, I finally got what I had been craving. As the lights went down, I felt the sensation of relief. For my renewed start back in theaters, I couldn’t think of a better return than with a master filmmaker’s first movie.

We still don’t know if viewers will trek out to theaters for anything other than blockbusters. Studios will still need to depend on theaters for big-budget releases because streaming hasn’t matured enough yet to sustain a film with a $400 million budget. But as subscribers grow, the business may very well get there. Then what for theaters?

There’s no doubt that streaming is a great platform. Think of “Roma,” a black and white Spanish-language film miraculously put front and center for Netflix subscribers, instead of just being released in theaters to the lucky few in New York or Los Angeles. (I’m a Netflix subscriber, but I still saw “Roma” in theaters.)

Massive corporations are betting that streaming is the future. During the pandemic, Disney shifted much of its business around Disney+, Netflix continued to expand, and CNN parent company WarnerMedia’s latest deal with Discovery shows that bolstering streaming services with programming is a top priority.

But I like to think that streaming is more of a complement to theaters, and that they can cohabitate, and both thrive. That may mean blockbusters will comprise an even bigger bulk of ticket sales, but theaters will still be an essential part of the motion picture ecosystem.

I went 444 days without seeing a movie in a theater. I hope I don’t go much longer than four days from here on out. If so, it’ll be a return to normal, a return to escape and a return to transportation. Because in a theater, even if it’s just for over 100 minutes, I’m finally no longer in New York City in 2021. I’m in Hong Kong in 1988, and I can’t wait to see where I go next.