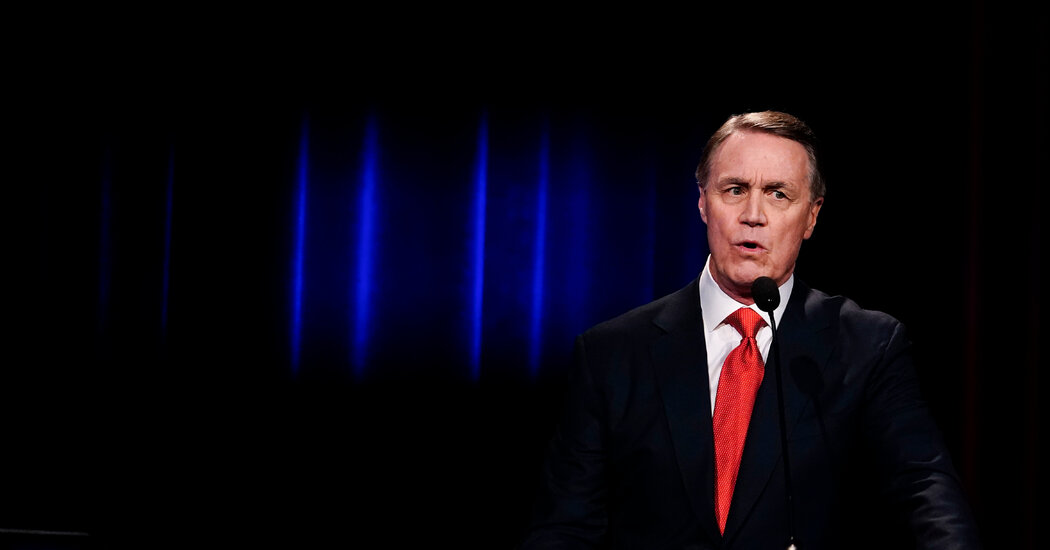 
Georgia’s race for governor perfectly captures the degree to which the classroom has become a conservative battleground.

On Sunday, the Republican candidates gathered for their third and final debate before the May 24 primary. Some promoted the lie that Donald Trump had won in 2020 and called for tighter election security (another way of articulating a desire to suppress votes). Several railed against Covid mandates (especially masks) and stoked fears of rising crime.

There were the obligatory mentions of the “woke mob” and random mentions of George Soros. There was even a reference to “the communist, liberal, leftist agenda of the Green New Deal.” (One candidate suggested that the government was pushing Chinese solar panels on Georgia farmers as part of its “communist” agenda.)

But, more than anything else, the supposed indoctrination of children in schools took center stage.

I’m not sure that liberals and Democrats fully appreciate the degree to which Republicans are promoting parental rights as a way of wooing back some of the suburban white women who strayed from the party during the Trump years.

Democrats wave their list of policies at voters like a self-satisfied child waves their homework. But instead of being met with praise and stickers, they are met by an electorate in which an alarming number frowns on fact and is electrified by emotions — fear, anger and envy.

There were five candidates onstage during the debate, and four of the five — including the sitting governor, Brian Kemp, and his chief competitor, former Senator David Perdue — rattled on about classroom indoctrination.

As Kemp put it: “We’re going to make sure that we pass a bill this year that our kids aren’t indoctrinated in the classroom. That we protect them from obscene materials and a lot of the other things.”

Perdue followed up by going even further: “Right now, the No. 1 thing we can do for our teachers and our parents and most of all our children is to get the woke mob out of our schools in Georgia. I mean, that’s what’s happening right now. We have a war for the minds of our children. When they’re trying to teach first graders about gender choice, that’s the thing that we’ve got to stand up to.”

Another candidate, Kandiss Taylor, an educator herself, went further still. “We not only have C.R.T. and S.E.L. and comprehensive sex education teaching transgender perversion to our children,” she said, referring to critical race theory and social-emotional learning, “we also have anti-white racism that has not been addressed by the current administration. It has taken over our schools, and it’s ruining the students. It’s ruining the environment.”

S.E.L. is a teaching technique that, research suggests, can boost academic performance. But it is a practice that conservatives view with suspicion, thinking it could abet lessons about race and gender. God forbid children should become more emotionally intelligent. Their empathy might grow, and with it a better understanding of others. In that way, I can understand why it would unnerve oppressors.

As a white woman, and mother of three, Taylor is in the demographic that Republicans are trying to attract. But she is also a near-perfect encapsulation of the party’s fringe.

During the debate, she chastised Kemp for not contesting the 2020 results in Georgia, saying: “Donald Trump won. He won. We have a fraudulent pedophile in the White House because Governor Kemp failed.” The idea that Satan-worshiping pedophiles are running the country is a central belief of QAnon.

The day after the debate, Taylor tweeted a video with a caption that read in part: “I am the ONLY candidate bold enough to stand up to the Luciferian Cabal. Elect me governor of Georgia, and I will bring the Satanic Regime to its knees.”

She is endorsed by Mike Lindell, the Trump-supporting MyPillow C.E.O., and L. Lin Wood, the Trump lawyer who spun ludicrous conspiracies about the 2020 election being stolen from Trump.

It might be tempting to laugh off people like Taylor as fringe candidates and thinkers, but Republicans have a way of folding those people’s ideas — scrubbed of the originators’ taint — into the mainstream. Even when the messenger is wrong, the party often views the message as right.

Maybe the fact that the Supreme Court seems poised to overturn Roe v. Wade will dramatically alter the outcome of this year’s elections, pushing women — including many of the suburban white women Republicans are so desperate to win over — to vote against the Republicans in protest. Maybe.

It could affect not only party alignments, but also turnout.