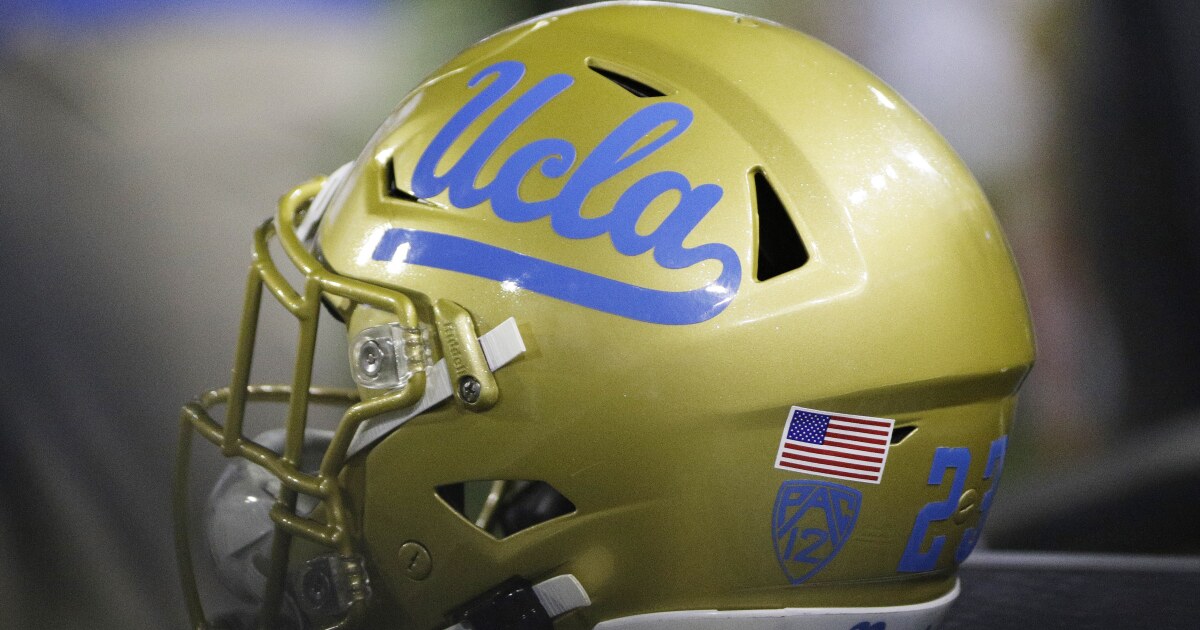 Jay Toia is headed across town, going from USC to UCLA to make his college debut.

For the Trojans, consider the promising freshman defensive tackle’s defection a pandemic misfortune.

Toia committed to USC without making any on-campus visits during the health crisis, limiting his ability to gather information about his college destination. After waffling on his decision, the four-star prospect from Simi Valley Grace Brethren High picked the Trojans and participated in spring practice … before having some regrets.

“The 2020 pandemic was tragic to so many that lost so much,” Toia wrote in an Instagram post announcing his transfer. “For me and especially my parents, we felt forced to make a major decision signing with USC based on limited information because of COVID-19 restrictions. We were not able to take any official or unofficial visits to any of the other schools on our short list such as Michigan, Utah, UCLA, Miami among others.”

The 6-foot-3, 325-pound Toia solved that issue in recent weeks after announcing his transfer from USC, visiting Michigan and UCLA. Working in the Bruins’ favor was that Johnny Nansen, the defensive line coach who recruited him to USC, now holds that same post at UCLA.

Toia impressed USC coaches in spring practice, putting himself in position to contribute as a freshman. During the spring, Trojans coach Clay Helton called Toia “a mountain of a man” with the “head of an elephant.”

“You’re talking about a 300-pound man that, just, you have to double team him,” Helton said at the time. “If you single him, it’s a hard day.”

At UCLA, Toia will immediately bolster a defensive line seeking to replace Osa Odighizuwa, the pass-rushing specialist who departed for the NFL and was selected by the Dallas Cowboys in the third round of the draft.

With 355-pound Atonio Mafi having moved to the offensive line before last season, Toia brings the kind of run-stuffing size the Bruins could use on the interior of their defensive line.

The War of the Weary