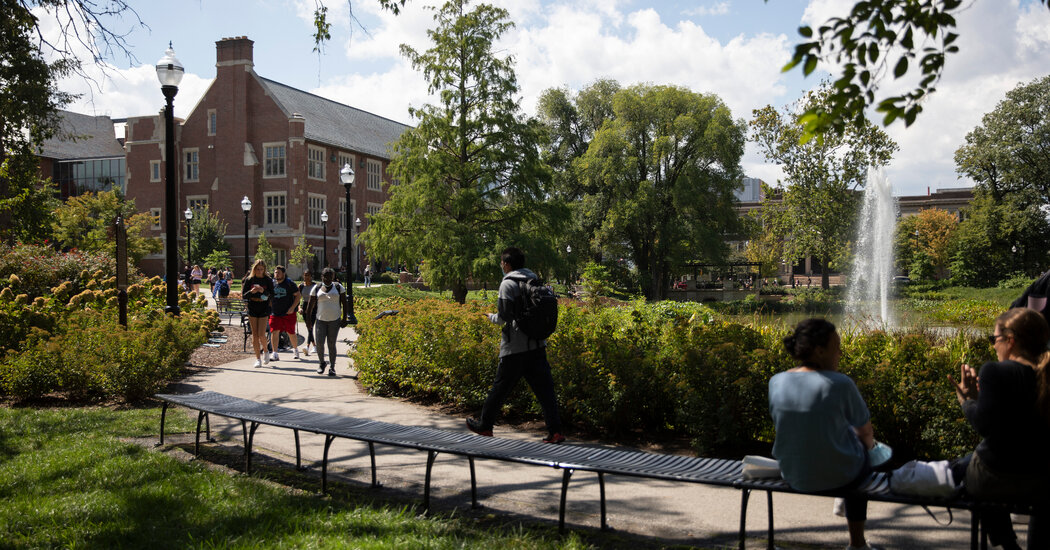 The police received a 911 call at 10:46 p.m. on Wednesday from a woman who reported that her roommate and her roommate’s friends had overdosed at an off-campus apartment, said Officer Doran Carrier of the Columbus Division of Police. Three university students were taken to hospitals, he said.

One person died that night and another died on Friday, said Battalion Chief Jeffrey Geitter, a spokesman for the Columbus Division of Fire. The third student was discharged from the hospital on Thursday, the university’s president, Kristina M. Johnson, said in a statement.

Police and fire officials could not offer more information about the students’ identities, the cause of death or the possible drugs involved. The Franklin County Coroner’s Office did not respond to a request for comment on Saturday.

Columbus Public Health issued an alert on Thursday about fake Adderall, a prescription drug used to treat attention deficit hyperactivity disorder. The agency issues safety alerts about fake drugs, which can originate from its tip line, community outreach program for overdose reduction or providers in its alcohol and drug treatment services, said a spokeswoman, Kelli Newman.

She could not address the alert’s connection to the students’ deaths but said the agency was told that “there are fake pills circulating that could be laced with fentanyl,” a synthetic opioid that can be far more powerful than heroin and is cheaper to produce and distribute.

More than 90 percent of overdose deaths in central Ohio are tied to street drugs adulterated with fentanyl, she said.

The students’ deaths come amid a rising death toll of drug overdoses in the United States. The toll reached a record high of more than 100,000 deaths in the 12-month period that ended in April 2021. The majority of the deaths were linked to synthetic opioids like fentanyl.

Melissa Shivers, the university’s senior vice president for student life, warned students in a message on Thursday about fake Adderall pills “causing an increase in overdoses and hospitalizations.” Ms. Johnson linked to the message in a campuswide email on Thursday.

“As we approach a week and weekend of celebration, from end-of-year and graduation parties to the return of warmer weather, we want to urge you to consider safety as you celebrate,” Ms. Shivers said.

‘I Want to Reset My Brain’: Female Veterans Turn to Psychedelic Therapy