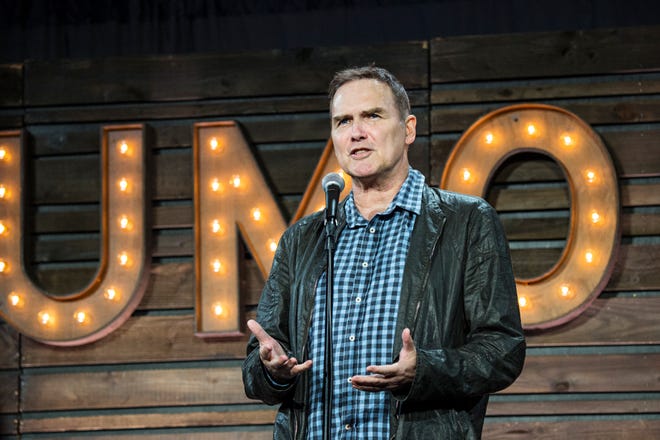 
Norm Macdonald left the world with memories of his iconic comedy after his September death, but it turns out there are still more laughs to be had.

The “Saturday Night Live” veteran died Sept. 14 after a private battle with cancer at age 61. One of his last projects was Netflix’s “Norm Macdonald Has a Show,” a pared-down talk show that debuted in 2018 which featured the comedian interviewing celebrities.

But on Thursday the streaming giant spread news that the comedian hasn’t had his last laugh yet, announcing a never-before-seen stand-up comedy special that he recorded in 2020 alone in his living room.

“Nothing Special,” a title Macdonald came up with himself, will be coming to Netflix May 30 and features jokes he wrote but never got a chance to perform due to venues being closed because of the COVID-19 lockdowns, according to a press release from the streamer.

“Norm worked so hard on a new hour of material and wanted it to be seen. While this version of ‘Nothing Special’ was not originally meant to be the final product, Covid restrictions prevented him from filming in front of an audience,” Macdonald’s producing partner Lori Jo Hoekstra said in a release. “He left this gift for all of us.”

The special is a one-take recital of Macdonald’s most recent material and will be followed by a pre-recorded compilation of fellow comedians including Adam Sandler, Dave Chappelle and Molly Shannon discussing Macdonald’s comedy legacy, according to the release.

Macdonald was best known as a cast member on “SNL” from 1993-98, and especially his role as anchor of the show’s popular “Weekend Update” segment for three seasons. His trademark dry, sarcastic humor and gravelly voice also was featured in several sitcoms and animated series.

During his time on the sketch-comedy series, Macdonald was known for his impressions of Larry King, Burt Reynolds and Bob Dole, among others. His take on the mustachioed Reynolds was an indelible part of the popular “Celebrity Jeopardy!” sketches, which also featured Will Ferrell as Alex Trebek, and he reprised that role in the “SNL” 40th anniversary celebration in 2015.