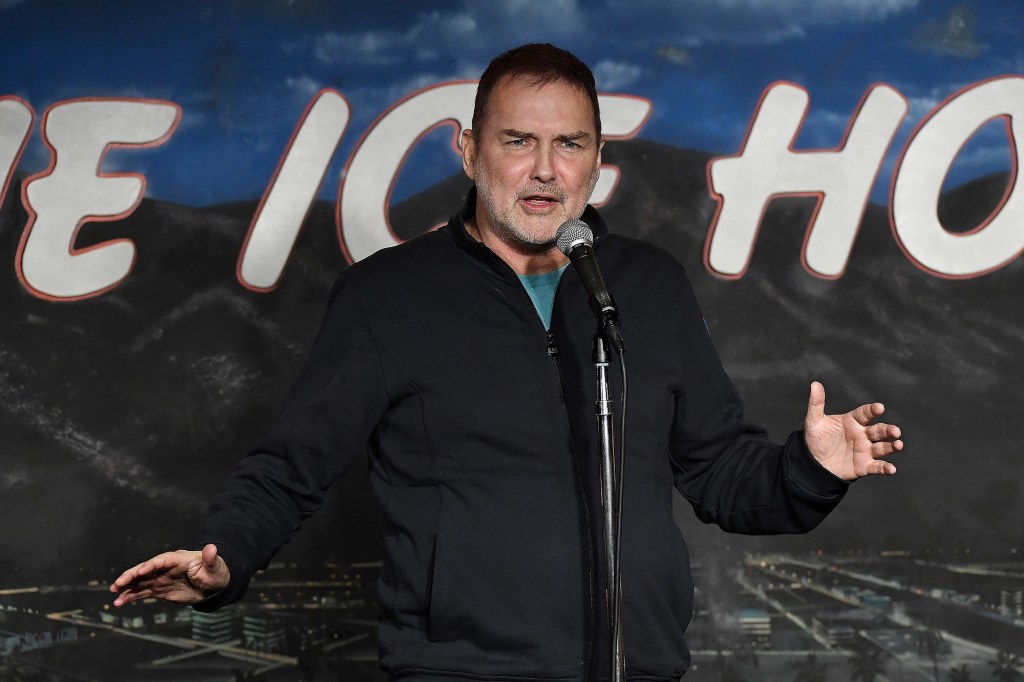 
Norm Macdonald was the funniest guy I ever met. On stage and off, he had a dry delivery and always sounded like he was just figuring out the joke (or whatever he was saying) as he went along. Norm, who died Tuesday at 61, often wore a leather jacket when he performed, always smiled and made the audience love him. He created a sense of intimacy that left you feeling like he was talking only to you.

A testament to the greatness of his delivery: During a Friars Club roast for Bob Saget, he came out with a hokey, old joke-book, read one corny joke after the other, never veered from that and had a critical audience of comedians convulsing with laughter.

He even seemed to joke with reality, namely with one cryptic joke he spat out in during a 2011 interview with the New York Times.

“When I hear a guy lost a battle to cancer, the term really bothers me. It implies that he failed and that somebody else, who defeated cancer, is heroic and courageous,” he said.

Here are some of Norm’s great jokes, which he crafted with care and delivered beautifully.

“My friend Richie, he has the disease of alcoholism. And he came to me … and he told me, and I’m the kind of guy that likes to look at the bright side of things. So I told him, I said, ‘Richie, it’s true that you have a disease and everything, but I think you’ve got the best one.’”

“They say that if you’re afraid of homosexuals, it means that deep down inside you’re actually a homosexual yourself. That worries me, because I’m afraid of dogs.”

“People know I go to Las Vegas a lot and they always ask if I saw the white tigers at the Mirage. I say, ‘Only if they were sitting at the Let It Ride table.’”

“Dali Lama said that killing for religion is unthinkable. Thanks a lot, Dali Lama… Nobody ever listens to the Dali Lama.”

“The hardest drug I ever did: LSD. I was told to be careful because in 20 years I can have a flashback. I thought that sounded like a good deal … But 20 years have passed with no flashback. What a gyp that turned out to be.”

“What are odds that a terrorist will attack and kill you? Almost zero. But what are the odds that you will be attacked and killed by your own heart? About 100 percent.”

“My wife dresses up like a nurse. Then I dress up like a nurse also. And then, we don’t even have sex. We just sit behind this huge, semicircular wooden desk and get annoyed when people buzz us for juice.”

“Comedy is surprises. So if you’re intending to make somebody laugh and they don’t laugh, that’s funny.”

“Violent people usually express their love of a thing by their hatred of its opposite.”

“I wouldn’t call myself a fan of Steampunk. But I will say, it’s the healthiest way to prepare punk.”

Why more professional athletes are depending on cannabis

A Multifaceted Designer Gets a New Platform

Jeff Probst Is the Ultimate ‘Survivor’

Opinion | Every Supreme Court speech from the past few weeks, but ‘partisanship’ is ‘a rodent problem’