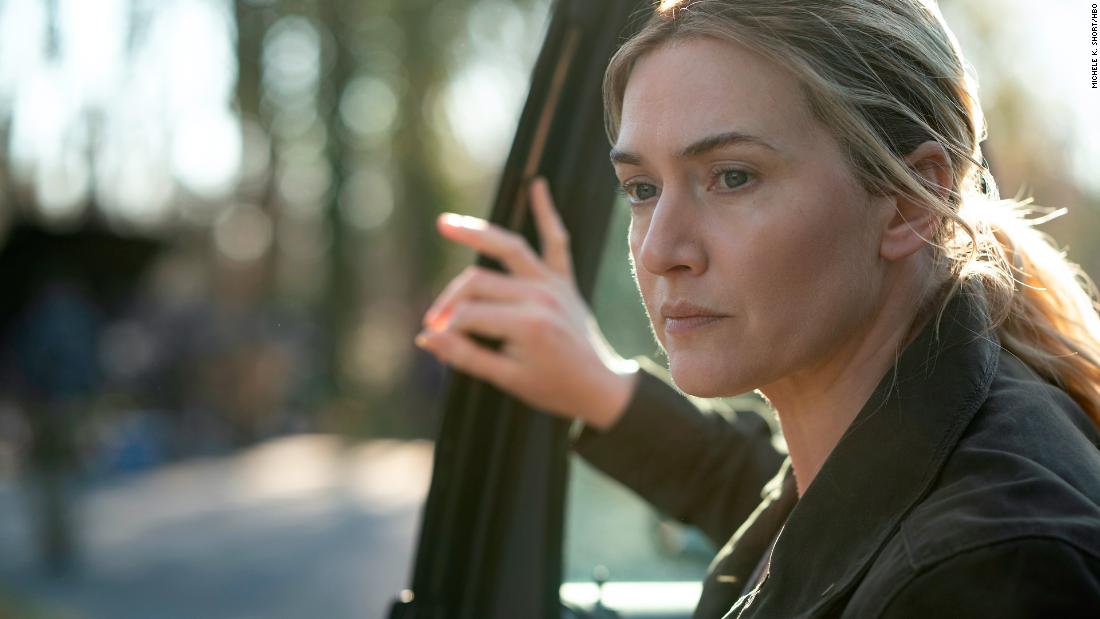 The finale actually had a big chance of being a letdown, or at least a little anticlimactic, after the riveting shootout that closed its fifth episode, but the two that followed, including Sunday night’s conclusion, still had a lot of business to get done.

Just to recap, when the series began, Kate Winslet’s Mare was angry about, well, pretty much everything — raising her dead son’s little boy, risking losing custody of him, and grappling with the fact that her ex-husband (David Denman) was about to remarry.

Over the course of the show, she found a new potential romance — actually two, but never mind — developed sympathy toward the struggling mother of her grandson, and even managed to let go of her daughter (Angourie Rice) enough to allow her to go away to college.

The resolution of the murder mystery, meanwhile, presented Mare’s friend Lori (Julianne Nicholson) with her own moral dilemma, as she was asked to raise the child that her husband, John (Joe Tippett), had with someone else.

Still, the show saved its biggest surprise for last. After John had confessed to the murder, it was revealed that while he had an illicit and incestuous affair with Erin (Cailee Spaeny), he took the blame for her killing to spare his young son, who had stolen a gun to rid his family of the girl he saw as a threat to his parents’ marriage.

If that sounds like a lot, it was, and perhaps one twist too many. Not that it marred the show’s overall effect.

Many viewers and media outlets clearly became fixated on the mystery. Yet the real soul of the finale and indeed the series — written by Brad Ingelsby and directed by Craig Zobel — stemmed from learning to move on and finding new beginnings. Even Mare and Lori were able to share a cup of tea at the end, which left Mare in a much better head space than where things started.

That element of grace included Deacon Mark (James McArdle), who came under suspicion during the investigation, prompting Mare to tell him, “Wherever you go after this, I hope they treat you better than we did.” But he chose to stay, accepting the town for all its failings, with parishioners seeming to reciprocate that generosity.

“Mare” was also defined by its peculiar tics, from the local accent to Mare’s vaping to her relationship with her mom (Jean Smart, having a moment between this and “Hacks”), who literally fell out of her chair and cackled at one point.

“Mare of Easttown” joins a long roster of similar small-town murder mysteries, from “Twin Peaks” and “Who killed Laura Palmer?” through “The Killing” and “Broadchurch,” as well as HBO crime successes like “The Night Of,” “True Detective,” “Big Little Lies” and “The Undoing.” (Like CNN, HBO is a unit of WarnerMedia.)

While the broad description didn’t sound particularly original, as with the best entries in this genre, the execution and details were. A decade after Winslet starred in HBO’s “Mildred Pierce,” that combination has again turned out so well the wait hopefully won’t be quite as long before they get back together.