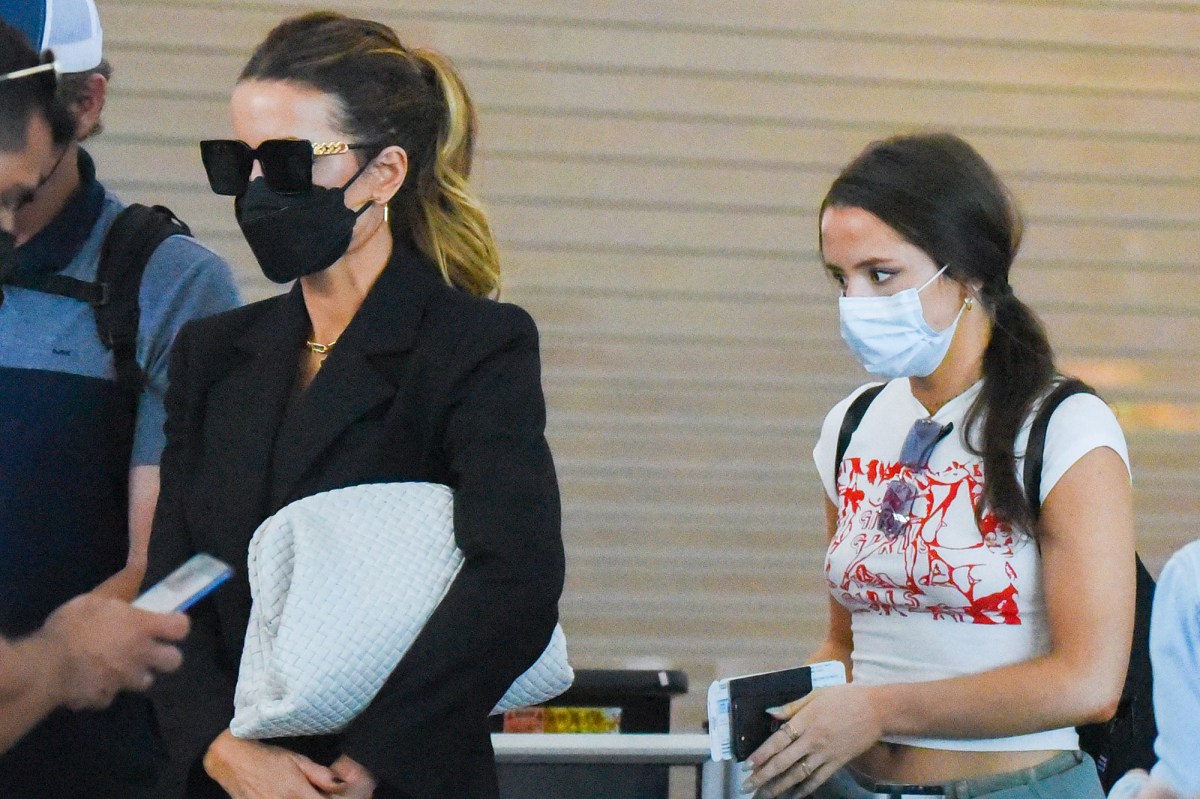 
Kate Beckinsale has finally reunited with her daughter, Lily Sheen, after two long years apart due to the coronavirus pandemic.

Beckinsale, 47, was photographed with Sheen, 22, at JFK Airport on Friday, the same day the actress spoke publicly about the pair’s difficult separation.

The mother-daughter duo were accompanied by Lily’s boyfriend, David Schecter, and they all wore face masks as they made their way through the airport.

Earlier that day, the “Underworld” star revealed she had not seen her daughter for two years due to restrictions put in place because of the COVID-19 pandemic.

Sheen, a student at New York University, has been residing in New York throughout the pandemic.

“I haven’t seen my daughter for two years because of everything,” the actress shared during an interview on “Live with Kelly and Ryan” on Friday.

“Also, I went to Canada working and she couldn’t come see me,” she added. “Two years of not seeing your child, to me, is the most preposterous thought.”

During the interview, Beckinsale discussed that while in New York Sheen filmed her first feature film alongside Nicolas Cage, “The Unbearable Weight of Massive Talent.” When asked if she gave Sheen any advice on becoming an actress, Beckinsale quipped that she told her daughter to “be a doctor” instead.

Sheen is Beckinsale’s only child. Her father is “Prodigal Son” actor Michael Sheen, who Beckinsale dated for eight years before they split in 2003.

Though Beckinsale is single now — though she recently revealed she has never been taken on a “real” date — she was last linked to “SNL” actor Pete Davidson.

Kate Middleton stuns in Alexander McQueen dress from 10 years ago