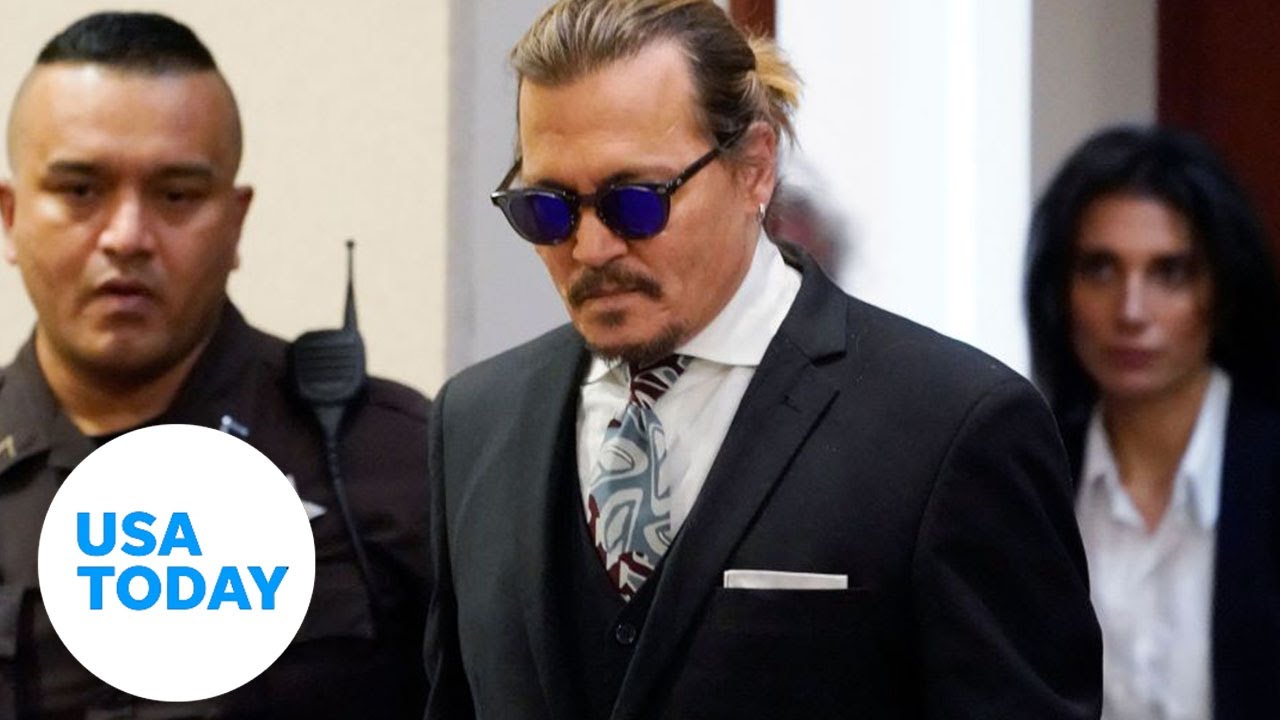 A Virginia jury has come to a verdict in the Johnny Depp and Amber Heard defamation lawsuit surrounding a 2018 op-ed after 13 hours of deliberations. The details of their decision are expected to be announced by Judge Penney Azcarate at 3 p.m. EDT Wednesday.

Depp will not be in the courtroom for the verdict due to previously scheduled work commitments and will be watching from the U.K. The actor has been performing with Jeff Beck at the artist’s concerts overseas for the past few days, according to social media reports.

Heard is expected to be there for the verdict.

“Your presence shows where your priorities are,” Heard’s spokesperson said in an email to USA TODAY Wednesday. “Depp is taking his snickering and lack of seriousness on tour.”

Closing arguments were made by Depp and Heard Friday after six weeks of testimony. The seven-person civil jury then began deliberations, with a break for Memorial Day.

What the jury decided on was very different from the public debate that has engulfed the high-profile proceedings.

Testimony focused on details of alleged abuse that Heard says she suffered at the hands of Depp. Heard has outlined more than a dozen specific instances where she says she was assaulted by Depp.

Depp has denied any physical or sexual abuse, and says Heard concocted the claims to destroy Depp’s reputation. Depp’s legions of online fans have focused on their belief that Heard has been untruthful.

But the case itself was a defamation claim.

The trial is in jury deliberations:Your lawsuit FAQs, answered

Depp, 58, sued Heard, 36, for $50 million, alleging she defamed him in an opinion column she published in The Washington Post in December 2018. In the column, she claimed to be a victim of domestic abuse.

That article never even mentions Depp by name, but his lawyers say he was defamed nonetheless. Most of the article discusses public policy as it relates to domestic violence, and Heard’s lawyers say she has a First Amendment right to weigh in.

Depp’s lawyers pointed to two passages in the article that they said clearly referred to Depp.

In the first passage, Heard wrote that “two years ago, I became a public figure representing domestic abuse, and I felt the full force of our culture’s wrath.” Depp’s lawyers called it a clear reference to Depp, given that Heard publicly accused Depp of domestic violence in 2016 — two years before she wrote the article.

In a second passage, she stated, “I had the rare vantage point of seeing, in real time, how institutions protect men accused of abuse.” (Depp’s lawyers are also seeking damages over a headline that appeared above the online version of the article, even though Heard didn’t write it.)

Heard filed $100 million countersuit for defamation against Depp over statements Depp’s lawyer made about her, calling her allegations a hoax.

Everything that’s happened so far in the Johnny Depp, Amber Heard libel trial

What is libel and how did the jury come to a decision?

The jury, which had to come to a unanimous decision for a verdict, had to decide whether the passages in the Post were defamatory.

Instructions given to the jury included three multi-part questions that prove defamation such as determining whether the article was about Depp and if Heard acted with actual malice.

Heard’s lawyers said they presented a mountain of evidence that Heard was abused. But they said that even if the jury were somehow to believe that she was never abused even a single time, she should still prevail in the lawsuit.

That’s because libel law spells out several factors that must be considered. First, the alleged defamatory statements have to be about the plaintiff. Heard’s lawyers said the article is not about Depp at all. He’s not mentioned, and they said the focus is on Heard’s experience about the aftermath of speaking out. Those statements remain objectively true even if she wasn’t in fact abused, her lawyers contended.

Depp’s lawyers, though, argued that free-speech rights have limits.

In addition to Depp’s claim, the jury also decided on Heard’s counterclaim, which her lawyers told jurors was filed as an avenue for the jury to compensate Heard for the abuse Depp inflicted on her by orchestrating a smear campaign after they split up.

Depp and Heard both accused each other of domestic abuse

Since the trial began April 11 in Fairfax, Virginia, Depp and Heard shared testimony about their relationship from their wedding, fights over a postnuptial agreement, text messages alluding to violence, abuse of drugs and alcohol and more discourse between the pair who wed in 2015 and divorced in 2016.

Heard’s attorney J. Benjamin Rottenborn zeroed in on text messages between Depp and Heard, as well as family members and friends to point out patterns of drug and alcohol use and how the substances affected Depp’s relationship with Heard.

The attorney also stated the 2018 article did nothing to damage Depp’s reputation. He noted that the abuse accusations had been public for two years already, and he said Depp’s spiraling career was the result of his drinking and drug-using, which made him an unreliable commodity to Hollywood studios.

Depp and his legal team argued that he “never struck Ms. Heard in any way.”

During his testimony, Depp said he took the stand to prove Heard’s claims have “no truth to it whatsoever,” and because he feels a responsibility to “stand up for my children,” referring to daughter Lily-Rose, 22, and son Jack, 20. The actor shares his two children with ex-girlfriend Vanessa Paradis.

Depp argued that his ex-wife was the abusive party and said he would often have to “get away so that nothing escalated.”

“Ms. Heard would take it to the very extreme, which ended up with my finger being chopped off,” he said, referencing a fight in 2015 when his ex-wife allegedly severed the tip of his left middle finger after throwing a vodka bottle at him.

‘I am an insane person’:Lawyers question Johnny Depp’s texts about drugs, threats to Amber Heard