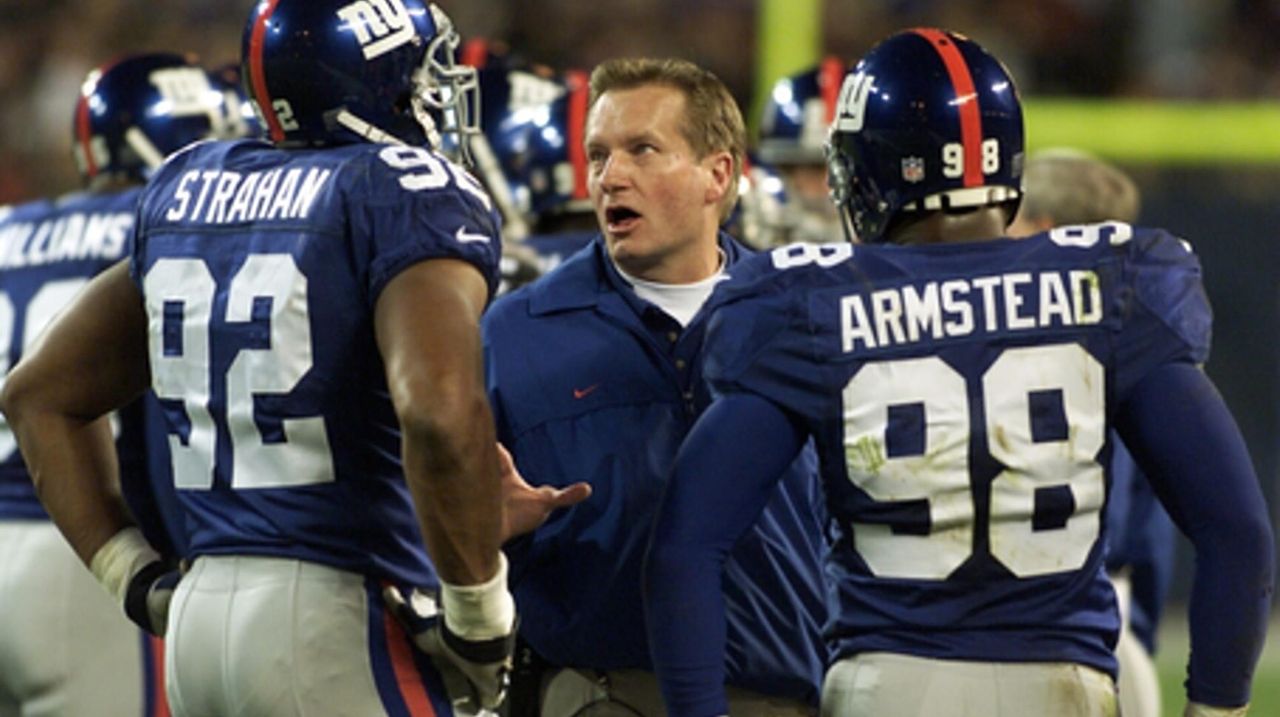 Jim Fassel, who coached the Giants to their third Super Bowl appearance in 2000 and won NFL Coach of the Year honors in his first season in 1997, died Monday, according to the Los Angeles Times. Fassel was 71.

According to the Times, the news of Fassel’s death was confirmed by his son, John, the Dallas Cowboys’ special teams coordinator. Jim Fassel experienced chest pains Monday and was taken to a local hospital in Las Vegas, where he lived, and later suffered a fatal heart attack while under sedation, the Times reported.

Fassel was hired after the Giants parted ways with Dan Reeves, who was ousted after four seasons in 1996. General manager George Young hired Fassel, who had previously served as the team’s offensive coordinator in 1991-92, to help revive the Giants’ offense. The team won the NFC East in 1997 with a 10-5-1 record as Fassel benched struggling starter Dave Brown and replaced him with Danny Kanell. Fassel was selected as the league’s top coach that season.

Fassel later helped revive quarterback Kerry Collins’ career, and Collins blossomed with his best season in 2000. That team won the NFC East with a 12-4 record, but not before Fassel sparked his struggling team after two straight mid-season losses by guaranteeing a playoff run.

“You got the laser, you can put it right on my chest, I’ll take full responsibility,” Fassel said after losses to the St. Louis Rams and Detroit Lions dropped the team to 7-4. “I’m raising the stakes right now. This is a poker game, I’m shoving my chips to the middle of the table, I’m raising the ante, anybody wants in, get in, anybody wants out can get out.

The team went on a five-game winning streak to end the season and beat the NFC East rival Eagles, 20-10, in the divisional playoffs. The following week, the Giants demolished the Vikings, 41-0, at Giants Stadium in the NFC Championship Game as Collins threw for 381 yards, five touchdowns and two interceptions in one of the most dominant performances in franchise history.

But in Super Bowl XXXV in Tampa, Fassel’s Giants were routed by the Ravens, 35-7. Baltimore was coached by Fassel’s close friend, Brian Billick.

The Giants finished 7-9 in 2001, but Fassel was lauded for his handling of the team in the aftermath of the 9/11 terrorist attacks that felled the World Trade Center. Fassel met with first responders at Ground Zero, helped raise nearly $1 million for their benefit and spoke openly to his players about the need to come together after the attacks. The team won its first game after 9/11, beating Kansas City on the orad.

“Everything is so visible in my mind,” he told the Talk of Fame Network in a 2016 interview. “I can replay everything. It is probably the most indelible in my mind of all the games, of all the things that went on in my career. Because it was hard to get the players back and focused a little bit. That’s why I told the coaches, ‘No yelling, no screaming; everybody’s got a little bit of a story going on.’ That whole season after that happened was something where we had to refocus ourselves.

“I told the players … Giants Stadium, you park your car and get on a bus to go to New York/Manhattan,” he said. “For about 10 days, there were a whole bunch of cars left there. And I can only picture the fact that those people parked their cars, got on the bus and went over there, and they perished. It was tough on your stomach every morning when you went to work every day and saw all those cars sitting there.”

The Giants went back to the playoffs in 2002 as a wild-card team, losing to the 49ers, 39-38, blowing a 24-point lead. During the game, long snapper Trey Junkin, signed just days before the game as an emergency fill-in, botched two snaps, including one on a potential game-winning field goal attempt on the game’s final play.

Holder Matt Allen took the errant snap and attempted to pass downfield to offensive lineman Rich Seubert, who had reported as eligible. Seubert was dragged down by 49ers defensive end Chike Okeafor, a play that should have resulted in a pass interference call and another chance for the Giants, since a game cannot end on a defensive penalty. But the officials penalized the Giants for having an ineligible receiver downfield, even though Seubert had reported as eligible.

The Giants bottomed out the following season, finishing 4-12 and ending Fassel’s career with the team.

Fassel, who went to Anaheim (Calif.) High School, played quarterback at Fullerton College, USC and Long Beach State. He was a seventh-round pick of the Bears in 1972 and he was with the Chargers and Oilers before playing for the Toronto Argonauts of the CFL and The Hawaiians of the World Football League.