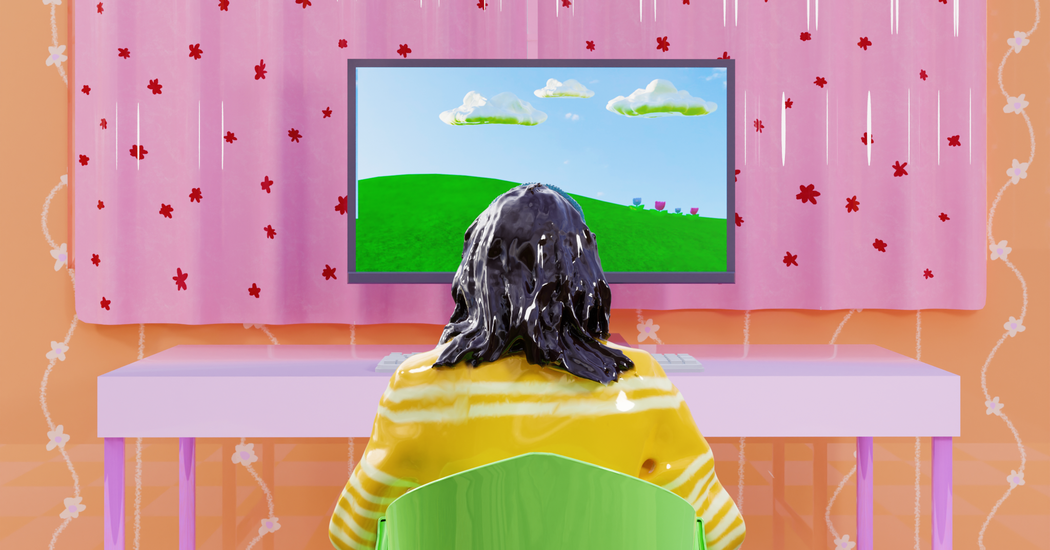 The tech industry is experiencing an earthquake.

The five biggest technology giants in the U.S. have collectively lost more than $2 trillion of stock market value this year. Across big and small companies, there are regular announcements of hiring slowdowns or layoffs, including at Facebook, Uber, Robinhood and the celebrity video app Cameo. Start-up founders who were turning away eager investors a few months ago now must make an effort to get more money. (Gasp.)

The big unknown: Is this meltdown THE BIG ONE that will boot tech out of its position as the most dynamic and successful industry in the world? Or, like many times in the decade-long technology boom, is this a temporary panic?

I asked my colleague Erin Griffith, who reports on tech start-ups and venture capital, to assess the current moment of fear for technology.

Shira: Is this tech doom and gloom meaningful?

Erin: I go back and forth, because I’ve seen this cycle so many times. Every couple of years for the past decade, anytime there were some wobbles in technology or moments of doubt, smart people predicted that the growth of the tech economy since the Great Recession couldn’t possibly last. And each time, those predictions were wrong.

As recently as the early months of the Covid-19 pandemic, technology investors thought a bunch of companies would be wiped out. But within a few months, oodles of money flowed into all things tech, and values of companies went to the moon. The past two years of tech money madness were like nothing I had seen before. Now we’re hearing the warnings again.

Shira: Sorry, but I have to ask: Is this time different?

And because there has been so much hype, growth and cash in technology since 2020, there might be a bunch of companies that aren’t worth anywhere close to what they were worth a year or two ago, and others were shaky to begin with and might not withstand a contraction.

Shira: Has anything really changed? Amazon, Zoom Video and the grocery delivery start-up Instacart are worth far less than they were six months ago, but are they worse companies?

Erin: Not really! So far this has been more of a reset on what investors think these companies are worth. But a changing mood does matter. Fast growing start-ups in particular need the faith of investors, customers and employees to keep the momentum going. If that forward progress stutters, it can kill companies.

Shira: What signs are you watching for that might tell us if this tech meltdown might be more than temporary?

Erin: First, if more start-ups go bust overnight. Recently, a payments company called Fast that was worth hundreds of millions of dollars ran into trouble and shut down relatively quickly. If that keeps happening, it’s a sign that many of the so-called unicorns that we thought were built on solid ground might be at risk.

And second is if the so-called “good” companies start to feel the pain. So far, the start-ups that have closed or announced significant layoffs are the ones that took big risks, burned through a bunch of money and assumed that investors would always be willing to give them more. If start-ups that preached responsible spending and reasonable growth also pull back, that could be a sign that this time is different.

Erin: The biggest question is how long the tech meltdown will last. If within a few months, stock prices bounce back, investors start putting money into start-ups again and the market for initial public offerings unfreezes, the industry might be fine. But if investors stay skittish for many months or years, that could lead to a major shake-up.

The tech industry has basically been booming since the tail end of the recession in 2010. Now, it’s a large part of the economy. We don’t know what will happen to this titanic and rich industry in a broad downturn.

Meet a very good dog that is exceptional at eating shredded cheese.

We want to hear from you. Tell us what you think of this newsletter and what else you’d like us to explore. You can reach us at ontech@nytimes.com.

If you don’t already get this newsletter in your inbox, please sign up here. You can also read past On Tech columns.

Sheryl Sandberg Steps Down From Meta