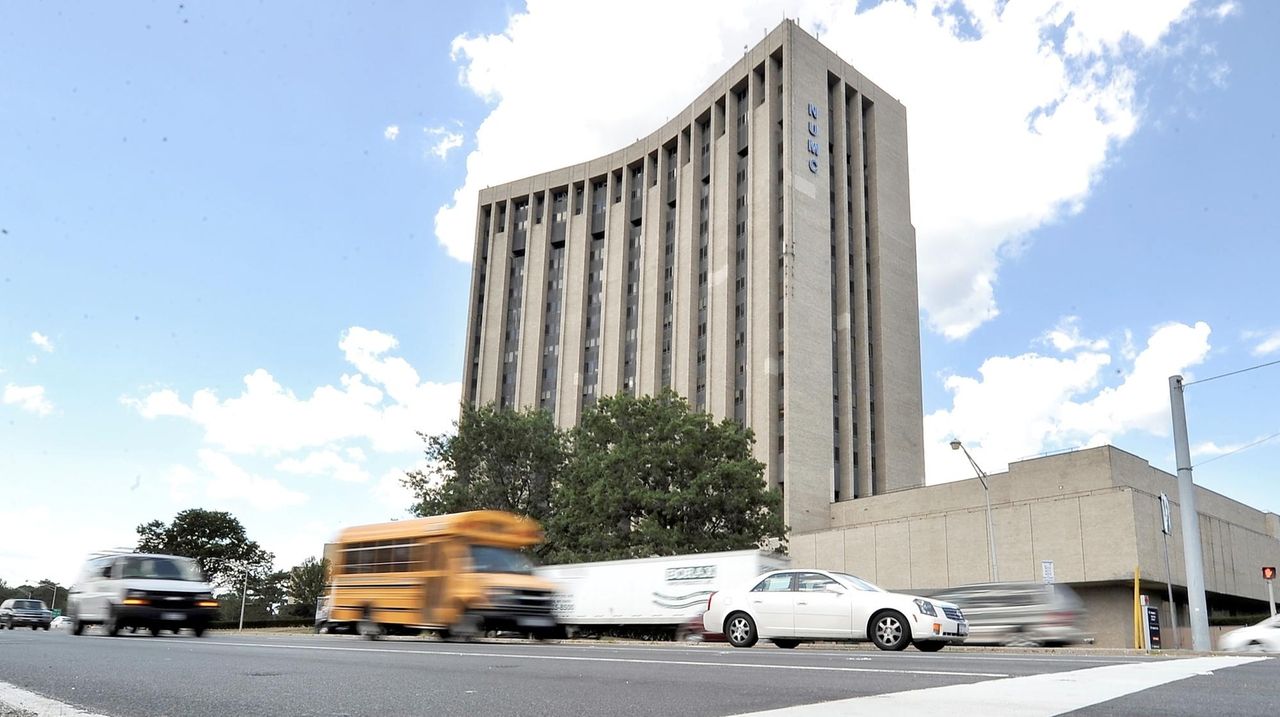 With six days left to vote for the president of Nassau County’s CSEA Local 830, the race has gotten ugly and the worst of it centers around the Nassau University Medical Center.

The current county CSEA president is Ron Gurrieri, who was appointed to the slot a year ago to fill out the remainder of Jerry Laricchiuta’s term after he won the post of Long Island regional president. When the changeover occurred, Laricchiuta supported Gurrieri’s move into his slot, but the relationship quickly soured. Gurrieri was previously a police medic coordinator for four decades.

Laricchiuta would not openly endorse Gurrieri’s opponent, but he did say he believes Gurrieri initiated the break between the two men by proclaiming that he would take the union in a different direction than Laricchiuta. And Laricchiuta has been vocally critical of County Executive Laura Curran over NUMC in a way Gurierri has not.

“I did have a very different way when I was president,” Larricchiuta told The Point. “I had a different style of how I dealt with the county executive.”

Curran is up for reelection in November and there is grumbling among CSEA and Police Benevolent Association members and leaders over her plan to send $100 million in tax relief to county property owners via checks of up to $375, rather than spending it on county needs.

Even if union rules bar Laricchiuta from actively endorsing Gurrieri’s opponent, the presence of James Laricchiuta, Jerry’s brother, on the challenger’s slate gives a good hint as to where he stands.

Because the election is ongoing, Gurrieri told The Point he simply could not comment on any aspect of the situation.

Incumbent Gurrieri is also fighting on another front. A member of the hospital board, Warren Zysman, posted a letter next to the union time clock viciously slamming Gurrieri.

In the letter, Zysman says there are politicians and members of the NUMC board “who in my opinion are trying to close the hospital and reduce union jobs and pay,” and he says he believes Gurrieri is allied with them. A part of the letter reads, in bold red ink, “My biggest concern and belief is that Ron Gurrieri a leader in your union has been working with them and strategizing with them on ways to help them get what they want … In my opinion Ron Gurrieri is a wolf in sheep’s clothing.”

In a text exchange, The Point asked Zysman whether it is reasonable and allowed for a trustee to politic for the CSEA leader, to which he responded, “I gave my opinion on candidates in the CSEA election in my personal capacity, not my board capacity.”

The letter is signed “Warren Zysman, NUMC Board Member (Trustee).”

And the conflicts at NUMC promise to have plenty of impact on Curran’s race, as well as Gurrieri’s.

With results now in for the Republican gubernatorial primary in New Jersey, The Point wondered whether there were any lessons to draw from our neighbors about how the New York electorate might trend in 2022.

The GOP race to face incumbent Democrat Phil Murphy in November featured one pro-Trump candidate who sported a “TRUMP WON” cap on Twitter and another who has repeatedly objected to COVID-19 safety measures. But it was former state assemblyman Jack Ciattarelli, who once called Trump a “charlatan” and is seen as more of an experienced moderate, who won handily on Tuesday.

In the pre-Trump years, that outcome would have been hardly surprising.

“What has always been essential in northeastern states for the Republican Party is to offer a more moderate Republican image,” said Democratic political strategist Bruce Gyory.

It may be that’s what Jersey Republicans voted for this week, with Trump off the ballot in a non-presidential year. It could also position the party to tack to the center for the rest of the campaign.

“The fact that Ciattarelli isn’t a Trump acolyte should significantly help him in appealing to moderate Democrats and independents in November,” said William F. B. O’Reilly, a frequent Newsday Opinion columnist, Trump detractor, and political consultant who works with Republicans. He described that as “something Republicans need in blue states like New York and New Jersey.”

Like New York, New Jersey is home to more registered Democrats than Republicans, and the two states have cultural similarities. But there are key differences: New Jersey’s is a “far more suburbanized electorate” and has smaller rural voter populations, said Gyory. In a GOP primary, that could sometimes mean more moderation than we have here, particularly given the suburban turn from Trump in 2020.

It’s possible there will be multiple choices for New York Republicans in a primary, with Rob Astorino vowing to take his case to voters. But state GOP leaders seem to be on a different track so far for our own gubernatorial race in 2022, for which Trump ally Lee Zeldin has been racking up endorsements.

Raining down on Fauci

A new voice in Northport

Two years ago, Northport native Doug Roberts wrote a letter to the editor of the Northport Observer asking that the paper create an online version to go with the print one he already subscribed to, promising to be the first online customer.

The paper printed the letter, but never went digital. Roberts continued to feel the once-a-week print publication wasn’t getting the hyperlocal news out fast enough to suit him, or, in some cases, framing issues in the way Roberts saw them.

The LIPA/Northport Power Plant property-tax battle, in particular, was divisive with Roberts believing the power company offer had to be accepted for the good of the community and the Northport Observer’s editorial page leading the opposition.

So in April, Roberts, 46, and two like-minded locals with writing experience launched Northportjournal.com, taking the name of an old local publication that shuttered in 2012 to showcase a new take.

“It had gotten to the point where Facebook was the primary and most immediate news source for the village and school district,” Roberts said. “And there are no standards there, no barrier between truth and lies. I just felt, we all felt, that the community needed more and better journalistic news coverage.”

The site was free to all for a month, then instituted a subscription model in May for $5.99 a month. Tuesday the top story was the village’s decision to take legal action against the Northport Fish and Lobster Company owner and an employee over renovations being done to the Fort Salonga Road business.

Also featured were stories on the local historical society, the Farmer’s Market, a Memorial Day observance and a woman who is creating bracelets that boost confidence in kids by reminding them to do everyday tasks.

The big issue now is the revote of the school district budget next week. The Observer encouraged voters to oppose the budget the first time, last month, and is doing so again. Roberts and his partners disagree, and are pushing locals to support the schools and the budget.

“The three of us still have kids in the schools,” Roberts said. “We’re passionate about making sure they’re supported and properly funded.”

Did you miss an issue of The Point? Browse past newsletters here.

Opinion | We Ran the Treasury Department. This Is How to Fix Tax Evasion.

Opinion | The Deadly Results of Defunding the Police