How to stop talking in your sleep 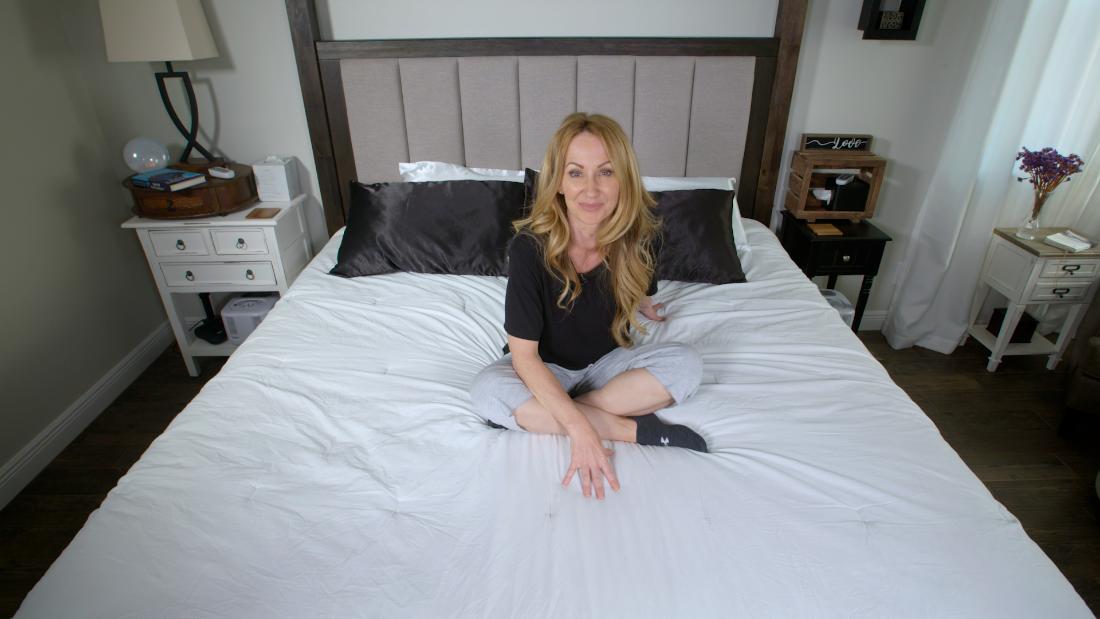 Talking in your sleep is a parasomnia disorder called somniloquy, and experts aren’t exactly sure why it happens, said Dr. Kannan Ramar, professor of medicine at the Mayo Clinic in Rochester, Minnesota.

“Some episodes of sleep talking can last 30 seconds and transpire only once in a blue moon while others report sleep talking for longer durations and more frequently within a sleep period,” said Rebecca Robbins, sleep scientist at Brigham & Women’s Hospital and Instructor in Medicine at Harvard Medical School.

Genetics or increased alcohol consumption might play a role, she said. Another major factor is excessive stress, Ramar added. “As anxiety can be a contributor to sleep talking, some may express their feelings, worries or reflect upon their day.”

The talking could range from a few nonsense words to complete sentences and is normally harmless, Robbins said.

Researchers analyzed the sleep talking patterns of more than 230 individuals and found the most common word was “no.” The study, which was published in the journal Sleep, also found nearly 10% of people used profanities while sleeping.

Pausing for an imaginary person

The study also found people were pausing during their sleep talk conversation to let an imaginary person talk back to them before responding. This shows that the sleeping brain can function at a high level, Robbins said.

While it’s uncommon, there are some instances when you might confess to something while you’re asleep, Robbins said.

When people wake up, they rarely remember they’ve talked in their sleep, Ramar noted. They often rely on their partner to tell them if they’ve chatted while asleep.

How to prevent sleep talking

Sleep talking is usually harmless and is not tied to any mental or physical issues Robbins said. She suggested people talk about their sleep talking with their partner.

If you find your partner keeps waking up to your talking, modifying your lifestyle to include less alcohol and more hours of sleep could help, Robbins said. It’s also important to find ways to reduce stress, she added.

Ramar said people should not drink caffeine in the afternoon, and they should try and go to sleep and wake up around similar times to regulate their energy.

If those don’t work, Robbins recommended people see a sleep specialist so they could conduct an overnight sleep recording to better analyze and solve the situation.

What experts say about the best time to exercise

Here’s how one parent is juggling quarantines and school closures

Booster shots are outpacing first and second doses of Covid-19 vaccine in the US. And the millions left unvaccinated could trigger ‘future waves,’ expert...